In the world of smartphones, speed is one of the things that seems to matter a lot, a little too much almost. Everyone wants to know which smartphone is fastest. And this speed is defined by how fast it can open your camera, download an app, run a high-end game, switch between apps, and so on, even if it is just microseconds faster than the “acclaimed” fastest smartphone available in the market. And this is the reason why we see so many bloggers on YouTube and journalists comparing devices side by side to see which one is (often a split second or two) faster than the other. And many smartphone manufacturers have got their hands on speed tests as well, in an effort to show just how speedy their devices are. The latest to take this path is OnePlus, the company that brought in the concept of a budget flagship in the market and has been boldly taking the high-end flagships head on ever since. And now it has turned to speed to do just that yet again. 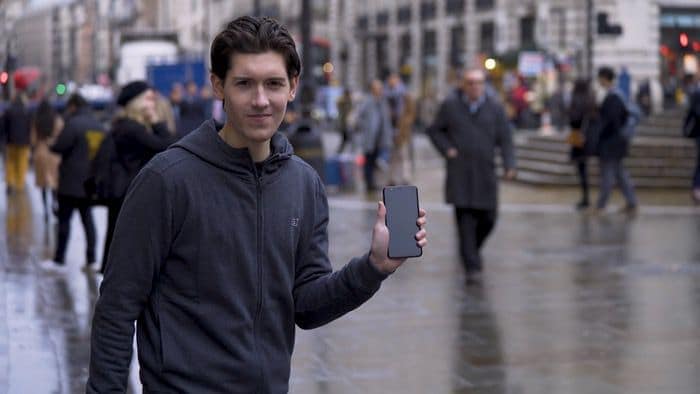 “OnePlus Speed Challenge”, is a one-minute-thirty-nine-seconds ad where a gentleman with a OnePlus 5T challenges people with different high-end phones. There are two gentlemen, one with the 5T and the other who is acting as the referee in the battle of the smartphones. The smartphones going against the 5T are the iPhone X, the iPhone 8, the Samsung Galaxy S8 and the Samsung Galaxy Note 8. The contenders get to go against the 5T individually.

The rounds of the match comprise four tasks: unlocking the phone, taking a picture, turning on the torch and playing music. And guess what? In all four rounds and against all four competitors, the OnePlus 5T emerges triumphant. But what really catches attention is the fate of the losing phone. After announcing that the OnePlus 5T is the fastest smartphone in the world, the referee takes phones from contenders and…smashes them to the ground. Yes, the iPhone X, the iPhone 8, the Samsung Galaxy S8 and the Samsung Galaxy Note 8, all end up being thrown violently on the ground! 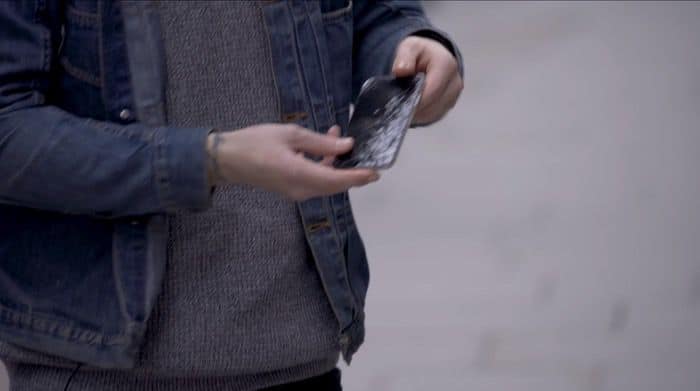 The sight of their phones getting shattered, of course, totally shocks and annoys their owners. However, their rage does not last long, as the referee takes out their real phones from his back pocket (the smashed phones were dummies) and hands them over along with a brand new OnePlus 5T. Cue sighs of relief and smiles of joy. Cue also, the OnePlus logo, as the ad comes to a close.

The ad has been shot to deliver a “slice of life” effect and is shot outdoors on a street in London. It is accompanied by upbeat music in the background throughout which builds thrill and excitement.

OnePlus has always been unconventional when it comes to communication. And this comes out even when it gets into traditional methods of marketing like advertising. The company has introduced some controversial ads in the past and this one is an addition to the list. 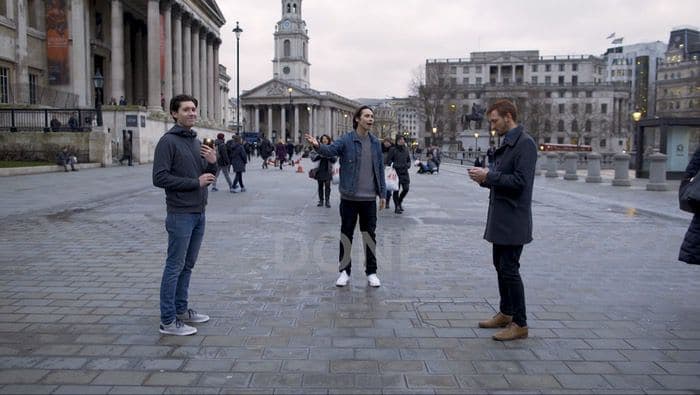 The part of the ad in which the losing phones are being smashed hard on the floor is outright bizarre. We understand the concept of speed challenges and we know that OnePlus has been a fan of these challenges and then destroying the competitive phones in the past, as well. But these tricks are now getting old.

The problem with such advertisements is that they are, well, advertisements. If you are challenging the competition in your ads, YOUR device is obviously going to win – it is not as if you will show your phone losing in its own ad. The ad looked super staged and even if it was not, the fact the person with the OnePlus 5T was very well prepared and primed to run the tests as compared to some random person on the street, gives him an edge. Not exactly super fair play.

We are not saying that the 5T is slower than the high-end flagships shown in the ad (it is a damn fast phone) but the problem is that OnePlus is not in a nascent stage anymore. It is now a brand many people consider good enough, if not better, than tech behemoths that have been around for a while. We so wish OnePlus created ads that reflected what the company sells and stands for. It is no longer a brand desperate for attention. And (as we keep saying) the thing about including your competition in your ad is that it gives them attention on your payroll. Fortunately, the company has not gone overboard with highlighting the competition but we still think it has not done justice to its own phone. What’s more, some of the owners of the losing phones seemed more happy to be getting their own phones back than thrilled about getting a free OnePlus 5T. Err..

Everyone loves a good challenge and the idea of challenging phones and smashing them later might excite some, but there are ways you can push your product without pulling others down or smashing them. Literally. The breaking of the phones and showing the shock of their owners frankly grabs more attention than OnePlus’ victory in the speed test itself.

Remembering getting smashed, forgetting the speed 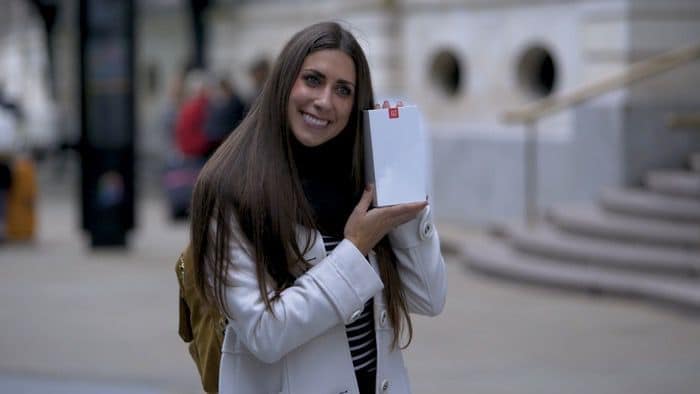 In a minute and 39 seconds of challenging and smashing smartphones, “OnePlus Speed challenge” may have established that it is the “fastest smartphone in the world” (in its own books) but the ad seems to be depending far more on the shock value of breaking high-end devices, than highlighting the speed of OnePlus. And the fact that people seemed more relieved at getting their own phones back rather than a new OnePlus 5T, frankly, says a lot. We think OnePlus might have got attention with the ad, but most of it was garnered by the phones getting broken rather than its own device winning tests against them. Which kind of defeats the purpose of the ad – to highlight the speed of the OnePlus 5T.

Moral of the story: you do not have to smash phones to have a smash hit ad.