You have got to beat a competitor who offers a product at around USD 150-200.
What do you do?
You introduce a product that matches it in some regards, not in some others.
And price it at USD 299, with an accessory that further adds to its price.

Sounds sort of illogical, right? And yet, we have had any number of people claiming that Apple’s new iPad is an answer to the Chromebook wave sweeping classrooms in the US. Some are even calling it a “Chromebook killer.” Well, given the fact that one can get two Chromebooks at the price of a new iPad and an Apple Pencil, pardon our eyebrows for rising cynically. 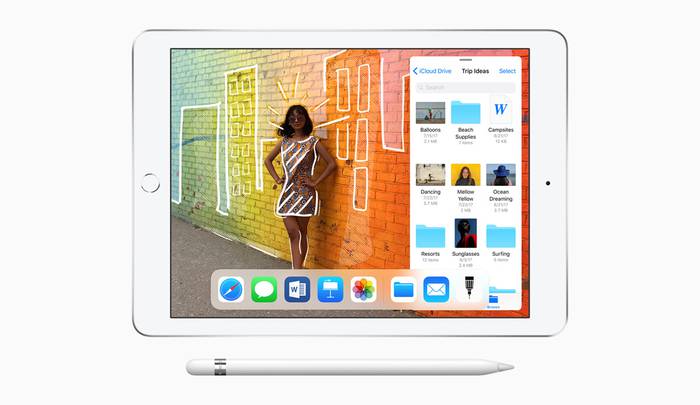 Of course, there is a rationale for people believing that the new iPad is targeted at the Chromebook crowd. After all, the Chromebook is making its presence felt most in classrooms, and this was Apple’s education event, being held at a school. Apple also showcased a number of software innovations and apps (dissecting frogs digitally) that would allow students to get more out of the iPad, and also to collaborate and work better. And well, it offered special discounts to student users for the iPad and the Apple Pencil. And for good measure, even announced a more affordable stylus that could work a bit like its own, the Logitech Crayon.

Sounds very school-oriented, doesn’t it? Well, it is.

What it is NOT, however, is a broadside at Chromebooks. We really think that the biggest strength of the Chromebook is its ability to mimic a “real” notebook in a lighter yet speedy and affordable form factor. Which is why we thought that if Apple wanted to take on Chromebooks really, it would have probably taken an iPad Pro junior approach or brought in a more affordable MacBook. As one of our colleagues pointed out, the real challenge for the iPad in schools was the keyboard, which the Chromebook and affordable Windows notebook brigade possess. Students still tend to type more than they draw. The fact that the Apple Pencil has no native handwriting recognition (rather remarkably, it still does not, even after all the software and app announcements yesterday) further limits its utility as a comprehensive writing tool.

So is Apple barking up the wrong tree, as some suggest? For, if a student is currently using a Chromebook, there is apparently nothing that seems super compelling in the new iPad for them to give it up – in terms of functionality or budget. “Even if one does get a new iPad, one would have to go back to one’s notebook or desktop for writing,” a college-going friend of ours pointed out.

That sounds familiar, doesn’t it? We will ask you to throw your mind back to the first iPad, which everyone except Apple itself seemed to view as a challenger to the notebook. In due time, however, the iPad emerged as a device on which people could, to use a cliche that is so 2013 – “consume rather than create information.” A device that offered a significantly larger display than a phone, a great UI and OS, very good battery life, and yet was much lighter and easier to carry than a notebook. In the end, the iPad slotted comfortably between the phone and the notebook – a sort of third device. And in time people got so comfortable with it that a group emerged who actually started using it increasingly in place of their notebooks, simply because they used it more (we all spend more time viewing content than actually writing), and started pairing it with keyboards. It is not as if the notebook was history for this group, just that it was relegated to the background and was not used as often simply because the iPad was more convenient – and fun – to use in comparison. No, this group did not totally supplant notebooks with its iPad and keyboard combinations. They just used it more, paving the way for a more productivity oriented avatar of the device, the iPad Pro.

And we suspect the new iPad is looking to repeat that history when it comes to classrooms. We do not think it is looking to supplant or uproot Chromebooks or Windows notebooks. In its current avatar, we do not think any student is going to trade away the ease of typing on a notebook for sketching or scribbling on an iPad. No, they will continue to type on their notebooks, whether powered by Chrome OS or Windows, but what Apple is looking to do is to make them take the new iPad to class more frequently. Simply because it is lighter, faster (the chip gives it that edge over all existing Chromebooks and budget notebooks) and given our experience with the UI and app ecosystem, more fun to use. And of course, as it is an Apple product, it will have a certain flaunt value as well. 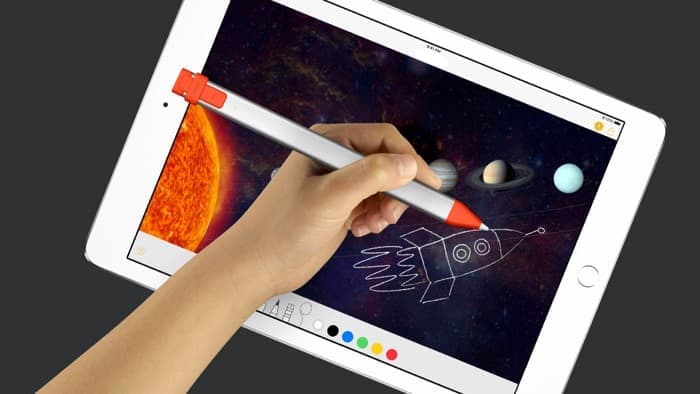 Yes, it is significantly more expensive than a Chromebook but it offers a very different functionality – that of being able to view content on a very high-quality display, play high definition games, and now, also do a fair bit of non-writing class work. It is simply a lighter and more fun device to use, and now, with a (well publicised) slight educational flavor too. Truth be told, we are not too sure too many will go for the Apple Pencil or even the Logitech Crayon yet, but the new iPad in itself could find takers. It is a well-known product and has a certain aspiration value, which is perhaps why Apple did not go in for a drastic price cut.

I could be wrong but the way I see it, Apple is not taking on the Chromebook with the new iPad. No, it is actually trying to get another device on to students, just like it did with us a few years ago. A device that begins as an ally of your notebook, which takes over most viewing and some entertainment functions, and then slowly but steadily starts sneaking into notebook territory. That’s the stage when people start experimenting with Bluetooth keyboards and the like, simply because they want to do more on a single device, which while not being perfect, is convenient. I, for one, will not be surprised at seeing a more budget-friendly iPad Pro hit the stores at some stage in the next year or two.

But right now, with the new iPad, Apple is telling schools and colleges that there is room for one more device in the students’ and teachers’ bag, and one that is now much more education oriented than it had been. It is not asking them to dump their Chromebooks and notebooks.

Was this article helpful?
YesNo
TechPP is supported by our audience. We may earn affiliate commissions from buying links on this site.
Read Next
How to Split Screen on Chromebook [3 Easy Ways]
#apple #Chromebook #ipad #iPad Pro #Opinion