Hotstar has been a compelling offering thanks to the rich content, especially the HBO shows that airs right after the U.S telecast. Despite the strong content, Hotstar has been lagging on the user experience front and the Rs 199/month fee further dampens the offering. Hotstar has now decided to decouple its sports bunding and offer it separately. 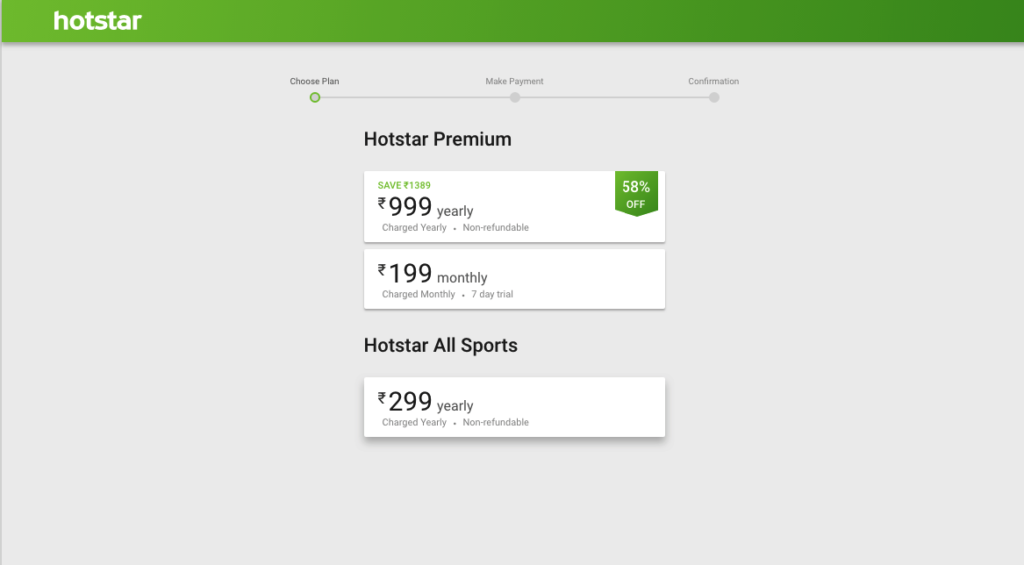 As part of the introductory offer, Hotstar is offering the All Sports Subscription at Rs 299/year. The new package comes close on the heels of upcoming 2018 IPL league that will be telecasted for the next two months. So with this package, users will be able to view all the Star Sports licensed channels including Formula 1, Cricket and Tennis. At Rs 25/month, the Hotstar Sports package seems like a great deal.

On the contrary, this also tells us that a major chunk of the Rs 199/month subscription fee is spent towards non-sports content. Since Star India has rights for most of the popular sporting events, the pack is definitely worth its salt. As far as cricket is concerned, the Hotstar Sports subscription will also cover the upcoming Asia Cup 2018 and thankfully, Star owns the broadcasting license till 2023. Football leagues include English Premier League, Bundesliga, Indian Super League and iLeague. Tennis coverage includes Wimbledon, French Open, and the US Open. Other than that the package will include Pro Kabaddi, Formula 1 and Badminton World Championship.

It is also worth mentioning that Sony owns the license for 2018 FIFA World Cup and this is one major event that won’t be covered by the Hotstar sports subscription. All said and done, the Hotstar All Sports is a sweet deal for major sporting events.

TechPP is supported by our audience. We may earn affiliate commissions from buying links on this site.
Read Next
IPL 2022 Live Streaming: How to Watch IPL Live in India, US, UK and Others
#Hotstar #Hotstar Premium