After being extensively teased this morning, OnePlus has now officially unveiled the Marvel Avengers Limited Edition of its latest flagship, the OnePlus 6. The phone’s biggest highlight is a custom 3D Kevlar-textured back which has a layer of Gorilla Glass 5 underneath and a gold-colored OnePlus and Avengers logo. The Alert Slider has been coated with a gold accent as well. 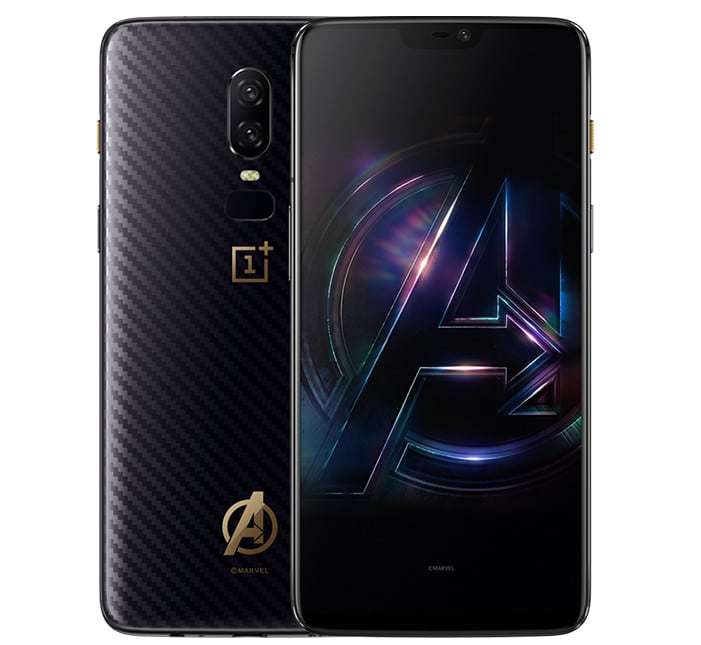 The other key difference between this and the regular variant is the accessories you get in the box. There’s an Iron Man themed protective case and a Captain America medal. OnePlus says, though, this will vary in each box. As for the pricing, the OnePlus 6 Avengers Edition costs 4199 yuan ($660/Rs. 44,695) which is nearly the same as the normal $629 option. There’s only a single storage model — 8GB RAM and 256GB internal memory. It will go on sale starting from this month’s 22nd in China. 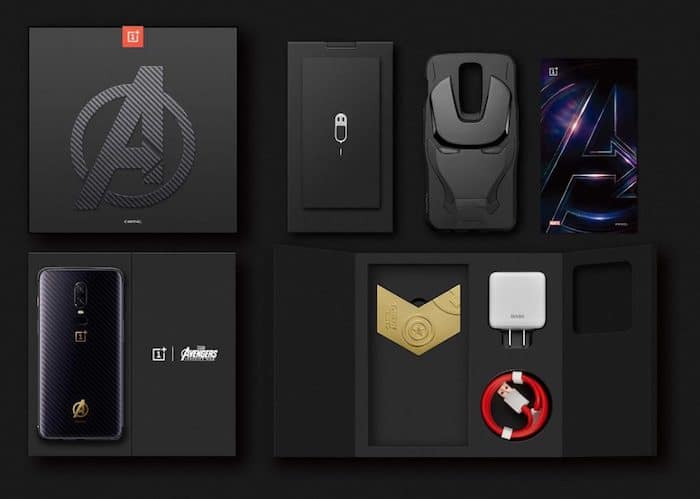 The rest of the specifications are the same as the original OnePlus 6. There’s a 6.28-inch 1080p notch-equipped display on the front, Qualcomm Snapdragon 845 chipset, 3400mAh battery, and an Adreno 630 GPU. The camera arrangement houses a primary 20-megapixel optically stabilized sensor and a secondary 16-megapixel snapper. For selfies, you will find a 16-megapixel camera. The phone, fortunately, retains the headphone jack and charges through a USB Type-C port.

The OnePlus 6 comes preloaded with Android 8.1, although a beta build of Android P already available. In addition to the rear-mounted fingerprint sensor, the phone can be authenticated with your face too through a software-based feature. While not confirmed yet, there’s also a possibility of OnePlus bundling custom themes and ringtones inspired by the Marvel Avengers franchise like they did with Stars Wars Edition.

Update: The OnePlus 6 Avengers Edition has now been launched in India as well for a price of Rs 44,999. It will be exclusively available on Amazon starting from May 29th.

Was this article helpful?
YesNo
TechPP is supported by our audience. We may earn affiliate commissions from buying links on this site.
Read Next
OnePlus Nord Watch vs Amazfit GTS 2 Mini New Version: Which One Should You Buy?
#oneplus #OnePlus 6 Avengers Edition