After three days of technical sessions, workshops, and announcements, Google’s annual developer conference — I/O finally came to an end a couple of weeks back. And like always, the company showcased a series of new products and technologies it’s been working on for the past year. One of these was a refreshed Google News app which comes with a handful of nifty tools for reading what’s happening around the world. 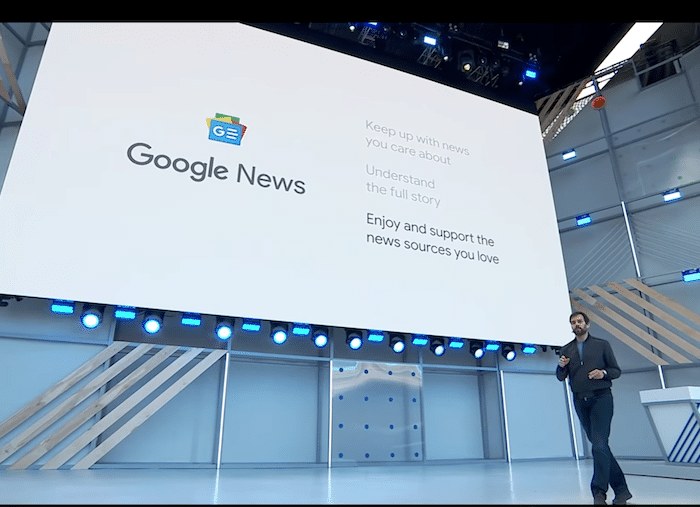 However, Google News isn’t just another application for siphoning up content from hundreds of sources onto a single place. No, this app has a bigger responsibility in hand. News has never been in a more crummy state and that’s primarily due to the misinformation being spread through these enormous, digital platforms. Google’s search engine and news aggregator represents a hefty chunk of that and if the past few months have been any indication, the company is finding it difficult curbing the proliferation of fake news.

[pullquote]The new app currently lacks the ability to report inaccurate stories on all the platforms[/pullquote]In spite of that, the new Google News misses out out a bunch of critical features concerning fact-checking. Google outlined three core objectives of the update at its keynote — “Keep up the news you care about”, “Understand the full story”, and “Enjoy and support the news sources you love”. Clearly, the ability to report and restrict inaccurate stories on all the platforms is none of these. The new Google News app, for now, doesn’t let you flag fake news content in any way and instead, relies entirely on the company’s algorithms. Not just that, Google failed to address explicitly the term “Fake News” in its entire keynote which is quite bewildering.

Google did talk about a new program it unveiled a month called the Google News Initiative. The company says it’s now training its systems to recognize channels which are distributing misinformation and accordingly, “it’s adjusting its signals toward more authoritative content.” That’s all fine but there’s always a chance of a story slipping past these precautions considering the thousands of sources on the interwebs. Offering the ability to report such content on these new applications, I feel, can diminish their reach even further and alert the team quicker. Facebook, for instance, has added simple tools for manually flagging fake news and spam. The social network is even planning to roll out snippets which will display insights on the publisher, topic, how it’s being shared by others, and more.

Hopefully, in the coming months, Google will continue to improve the News platform and add these missing features. Because otherwise, Google News is quite well made. The app has a couple of intelligent features which I haven’t seen on other similar offerings before. One of my favorites is something called “Newscasts” which shows sort of a preview of the story letting you decide whether you’d want to read the entire thing or move on with your feed. The new Google News app is also built on the company’s new Material Theme guidelines and therefore, has a clean, modern interface.

Was this article helpful?
YesNo
TechPP is supported by our audience. We may earn affiliate commissions from buying links on this site.
Read Next
With Football Manager 2023 Touch, Apple Arcade finally has its “killer ...
#fake news #Google I/O 2018 #google news #Opinion