After teasing its new fitness wearable for the past few weeks, Xiaomi has finally unveiled the Mi Band 3 fitness band at an event held in Shenzhen, China. The Xiaomi Mi Band 3 is a subsequent upgrade over its predecessor, which apparently was among the best-selling fitness wearable globally. 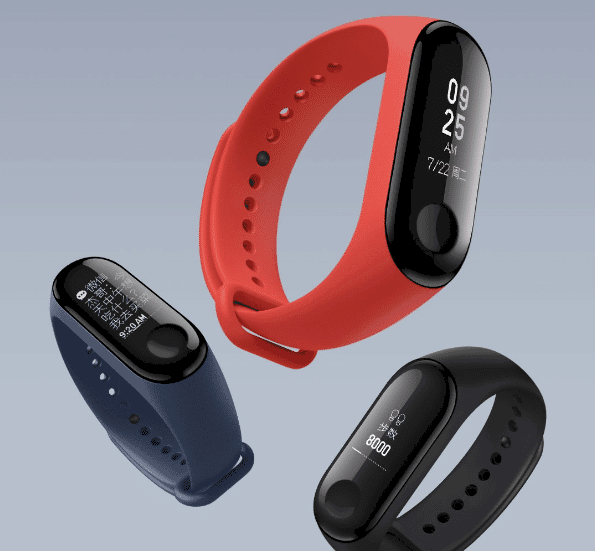 Xiaomi has made a number of improvement with the Mi Band 3, and the advancements stretch not only to the hardware but also to the overall software experience. The band now supports various gesture actions, thereby helping users to easily navigate through the rather clean UI. In terms of hardware, the Mi Band 3 comes with a larger OLED display. That said, it still uses a monochrome display and not a colored panel as seen in some of its major competitors like the Lenovo HW003 Spectra. Furthermore, OELD display on the new Mi Band comes with curved edges and an indented circular home button. 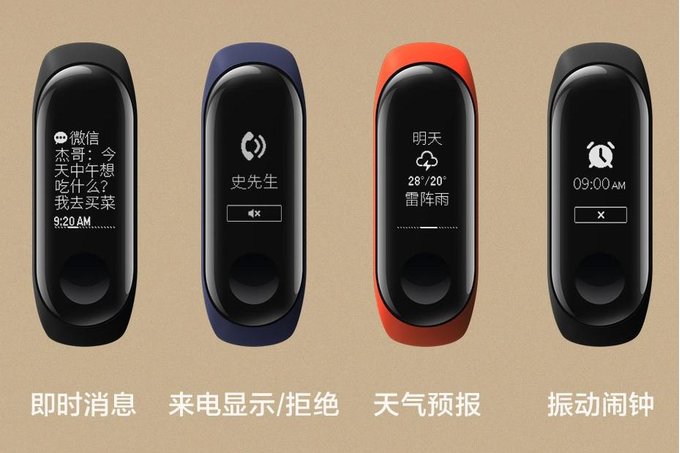 The Chinese OEM claims that its new Mi Band can deliver up to 20 days of battery life. This is pretty great considering the Mi Band 3 packs a larger OLED display and a wide range of sensors for various activities like sleep tracking, step counting, heart rate monitoring and much more. Moreover, being a fitness wearable it comes with an upgraded 50 meters of water resistance. The wearable comes with a soft silicone strap, which according to the company make the Mi Band 3 more comfortable on the wrist. The bands come in three color hues, namely Red, Black and Navy Blue. Xiaomi may, however, launch a few other band colors sometimes later this year.

The Xiaomi Mi Band 3 is still among the cheapest wearables around. It costs just 169 Yuan (Rs 1,785/$26), which despite being slightly higher than its predecessor, is still decently cheap as compared to devices from hardcore fitness oriented brand like Fitbit, Nike. The smart band will be initially available in China and is expected to subsequently make its way to other international markets soon.

Was this article helpful?
YesNo
TechPP is supported by our audience. We may earn affiliate commissions from buying links on this site.
Read Next
With Redmi A1, is Xiaomi Resurrecting the Android One Dream, but Without Google?
#Mi Band 3 #xiaomi