Foldable drones are nothing new, we have already seen a slew of foldable drones that aimed at offering the compatibility and the ease of use the bigger, more advanced drones failed to offer. This time around we have picked yet another foldable drone from Kickstarter, however, this one seems to have an edge with new features. So without any further ado lets check out Mark Drone. 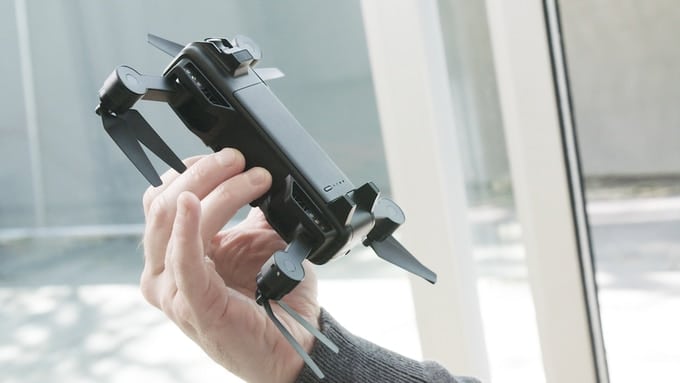 The Mark Drone is supposed to be an autonomous drone with a 4K camera capture model. The makers of the Mark Drone claim that the setup is easy and all one needs to do is let the drone out of the case. As far as range is concerned the Mark Drone can fly within 100 meters while controlling from the smartphone. In case of a controller, the range is increased to 250 meters.

As far as imaging options are concerned, this drone comes fitted with a 13MP sensor that is capable of capturing 4K videos. On the storage front, the drone comes with a 16GB EMMC and it can fly at a maximum speed of 3m/s. The Mark Drone offers a total flight time of 20 minutes for each charging cycle.

The traditional GPS drone comes with a few glaring disadvantages. To begin with, the drones will struggle to fly indoor due to poor GPS signal, the calibration process is complicated and a mixture of these problems may sometimes cause the drone to fly away. Mark Drone has been built keeping these things in mind. The drone uses Virtual Inertial Odometry which is a mapping system that is based on mapping your surroundings instead of relying on satellites positioning. 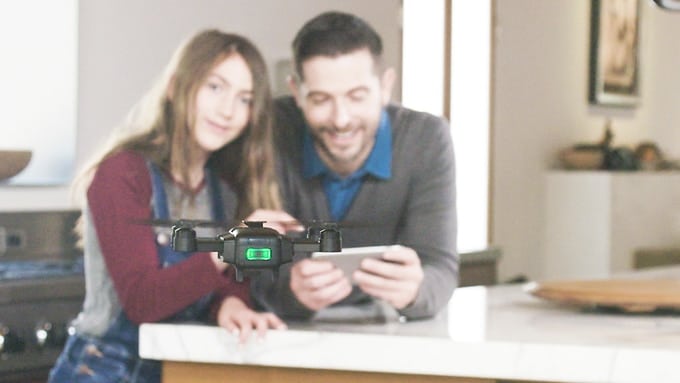 Thanks to the built-in memory cruise feature the drone will trace the exact path and return to its initial position. Moreover, the pre-programmed dramatic shots feature helps the Drone capture a video just like how the professionals do. The device can perform a circular recording, helix flight, dynamic selfie, profile recording and also 360-degree panorama. Other than that the Mark drone offers voice-controlled launch and land commands. At a dimension of 148x73x48mm, the Mark Drone is certainly pocketable.

The Mark Drone is currently a part of Kickstarter campaign and the pledge starts from $239. As per the company’s timeline, the shipping should start from August of this year. So yes, if you are on a lookout for an autonomous foldable drone with all the new tech the Mark Drone seems like a formidable choice. However, please keep in mind that all Kickstarter projects carry some form of inherent risks.

TextSniper lets you Capture Text from Images and Visual…
Details of Xiaomi Mi 10 Ultra, Redmi K30 Ultra and 55" OLED…
[First Cut] Samsung Galaxy S21 Ultra: Ultra in every way
Remembering Steve Jobs, in the words of Mark Antony and…
Meet JioMeet: a Zoom Clone from India for Video Conferencing
Google Meet Camera Not Working (Failed)? Fix it with these…