Caller ID service, Truecaller is soon planning to add features that will let you check who has viewed your profile. The company has rolled out a new build for its beta channel on Android which brings a new tab in the navigation drawer present on the left titled “Who viewed my profile“. 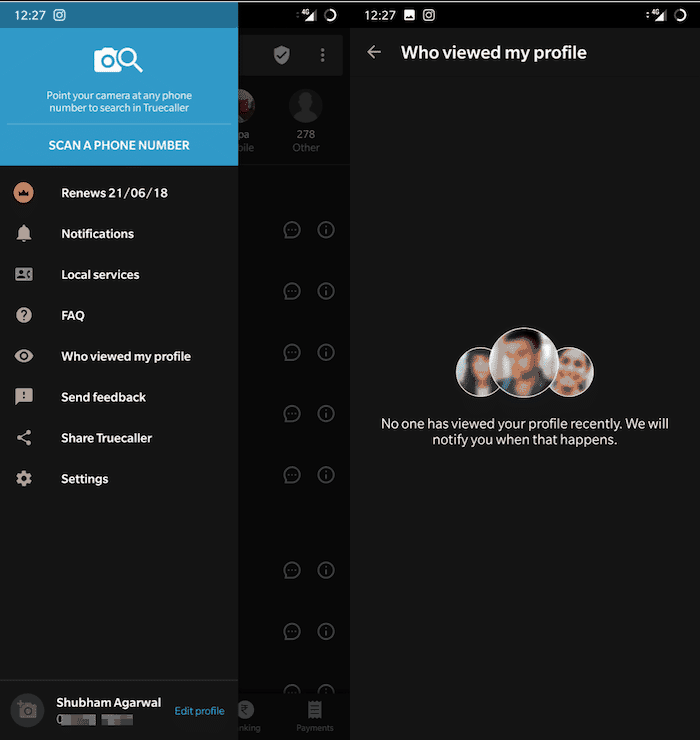 The feature seems to be, however, currently inactive since it’s not being updated in spite of our manual testing. We’re also not sure whether it will be limited to everyone or just Pro subscribers. If you’d like to be an early tester, you can either join the beta programme and update the application to version 9.4.9 or simply sideload an APK file which can be found here.

In addition to the profile feature, Truecaller’s Android app now also has a “Local services” tab in the side menu which shows nearby landmarks in various categories such as ATM, hospitals, banks, hotels, and more. The company is also teasing a forthcoming billing option which would let you pay bills, book flights straight from the app. It’s been a while since Truecaller had added peer-to-peer payments on its platforms in India.

In the past year, the Sweden-based company has turned the Truecaller app into a comprehensive communications platform with payments, flash messaging, profiles, and more. However, it remains to be seen whether users go beyond its primary selling point which is live caller IDs which itself doesn’t even require launching the app once initialized.

Was this article helpful?
YesNo
TechPP is supported by our audience. We may earn affiliate commissions from buying links on this site.
Read Next
3 Common Truecaller Myths and Misbeliefs Debunked
#Truecaller