Phone makers have been tussling with several technologies in the past year in order to build the all-screen phone we’ve been dreaming of. Oppo today is ready to reveal what it’s been working on — the Find X. The Oppo Find X is the company’s new flagship smartphone which packs a slew of clever design ideas to achieve a truly bezel-less screen which doesn’t have a piece of bezel intruding your view at the top.

The most important one of them all is the motorized camera system. The three camera sensors are entirely hidden when the phone is off or the camera app is inactive. Once the software detects a need for them, a panel slides up to reveal the 25-megapixel selfie camera and 16-megapixel+20-megapixel dual setup on the rear. Oppo says all of this happens in less than 0.5 seconds so that you won’t ever have to wait. Whether those numbers continue to stay the same after months of use, we don’t know yet. It’s similar to what Vivo has done with its Nex phone but in Oppo’s case, it’s not just a tiny pop-up module for housing just the front camera.

This approach has allowed Oppo to yield a screen to body ratio of 92.25 percent which should make the otherwise humongous phone easy to hold in one hand. The 6.4-inch OLED screen has a resolution of 1080p and is curved along the edges.

In addition to the front camera, the section also includes a 3D facial recognition system to enable to a much more secure face unlock feature. To mimic what Apple offers with the iPhone X, the Find X (apart from the name) also ditches the traditional fingerprint sensor. 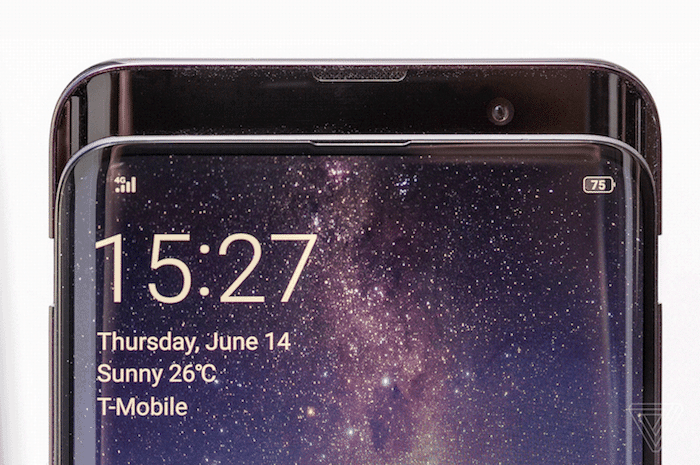 Apart from that, though, the Oppo Find X is your usual 2018 flagship with Qualcomm’s Snapdragon 845 processor, 8GB of RAM, up to 256GB of storage, no headphone jack, and a 3,730mAh battery which can be quickly charged through the company’s own VOOC technology. The Find X is compatible with two SIM cards as well. There’s Android 8.1 Oreo with Oppo’s ColorOS custom skin on top which still functions and looks a lot like Apple’s iOS.

The Oppo Find X will go on sale in China starting today. The company is expected to reveal the price later today at an event in Paris.

Questions around the shift towards motorized camera modules have been popping up as of late. If history is any indication, there’s a chance these systems won’t fare well in the long term especially if you drop the phone while clicking a selfie which does happen a lot. However, until there’s a better solution for getting rid of the selfie camera from the front, phone makers will probably continue building phones with similar setups.

TechPP is supported by our audience. We may earn affiliate commissions from buying links on this site.
Read Next
Oppo Enco X2 Review: More Than a Match for the Competition
#oppo #Oppo Find X