Android System WebView is a part of the Android operating system that offers app developers a built-in browser inside apps to display web content. Doing so eliminates the need to redirect users to an external web browser and, in turn, offers a unified browsing experience.

However, as crucial and helpful as Android System WebView is to Android, it isn’t free of issues. A faulty update is the most common issue people face with it, like the one instance when a buggy update caused Chrome, along with a range of other apps using Android System WebView, to crash.

It’s because of reasons like this that users tend to ask questions like, “Can you disable Android System WebView?“. If you, too, are facing issues with it on your device and wondering if disabling it is the right way forward, we hope our explanation below answers them and helps you out.

What Is Android System WebView?

Android System WebView is a critical component of the Android operating system. It puts a web browser (with barebones browser features) inside apps to allow them to show web content without opening a dedicated web browser.

Android’s WebView has a long history, wherein it has undergone numerous changes since its inception. In the initial days of Android, Google introduced WebView as part of the Android operating system. This meant updating WebView required updating the operating system too, which wasn’t practical.

Also, as you can imagine, this prevented Google from updating WebView regularly. Hence, bug fixes and performance improvements weren’t released as often as they should’ve been. To fix this, Google separated WebView from the operating system with Android 5.0 Lollipop into a separate component. As a result, it could deliver timely updates, and you could easily install them via the Play Store. 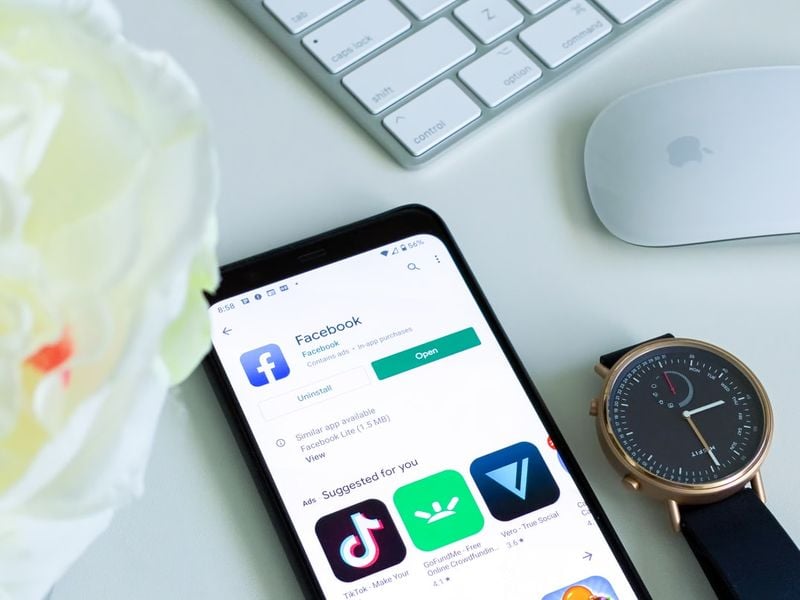 How to Update Play Store App on Android [2023]
Read More

Starting Android 10, though, Google reverted back and handed over WebView duties to Android System WebView, which now lives as a separate app on Android phones running Android 10 and above. It’s pretty similar to the pre-Nougat behavior, except that it now has four separate release channels: Stable, Beta, Dev, and Canary, similar to Chrome.

With this, you now also get the ability to switch between these channels from your device’s Developer Options. However, bear in mind that these versions aren’t meant for regular users, and installing them can cause certain apps on your phone to misbehave.

How Does Android System WebView Work?

Android System WebView is based on Chromium, the same project that powers browsers like Chrome, Brave, and Edge, but minus the extra features. It lets app developers implement browser functionality inside their apps using a container, which displays the web content using minimum browser features.

Developers can customize this container based on their app’s UI style to make it look consistent. Additionally, Google also regularly pushes updates to Android System WebView via the Play Store to fix bugs and enhance capabilities for viewing web content.

Can You Uninstall Android System WebView? 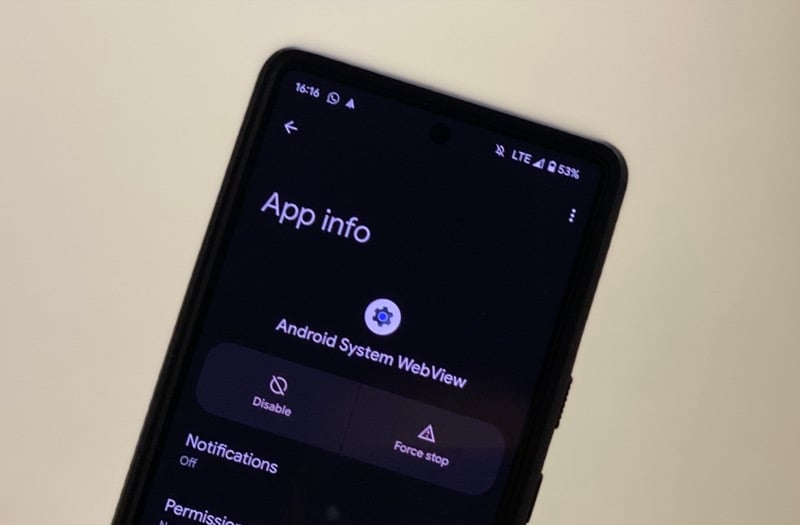 No, you can’t uninstall Android System WebView from your Android device. It’s a system app that comes pre-installed on the device, just like any other system app.

What you can, however, do is uninstall an update for Android System WebView. This helps if you recently updated it on your phone and started experiencing app crashes, problems loading webpages, or other similar issues on your device. Beware that this isn’t advisable either, as updates to Android System WebView are released to fix bugs and improve performance.

Should You Disable Android System WebView?

If your Android device is running on Android 7, 8, or 9, you can safely disable Android System WebView without worrying about consequences since Google Chrome handles WebView duties on these Android versions.

On the other hand, if you’re on Android 10 and above, you should refrain from disabling Android System WebView. Doing so can affect the functionality of many apps that use it to display web-based content. As a result, you may be unable to log in to certain sites or view web content when certain apps try to open a web link.

However, if you’re having persistent problems on certain apps while accessing webpages, and you’re sure Android System WebView is the culprit, you can try uninstalling the recent update to see if that resolves the problem.

How To Fix Issues Related to Android System WebView

Unless you’re running a non-stable version of Android System WebView, it would work fine and won’t run you into any issues. However, in case it does, here are two safe ways to troubleshoot such issues:

If the auto-update apps feature isn’t enabled on your device, and you haven’t updated the Android System WebView app on your phone in a while, the very first thing you should do is update it from the Play Store.

Launch Play Store and head to the Manage apps & device page. Here, tap on Updates available to view pending updates on your device. Look for the Android System WebView app and tap the Update button next to it.

Albeit rare, sometimes, updating Android System WebView to the latest version can also introduce bugs and cause apps dependent on it to crash or exhibit other issues. If your phone was running just fine until you updated the System WebView, this could very likely be due to a flawed update. 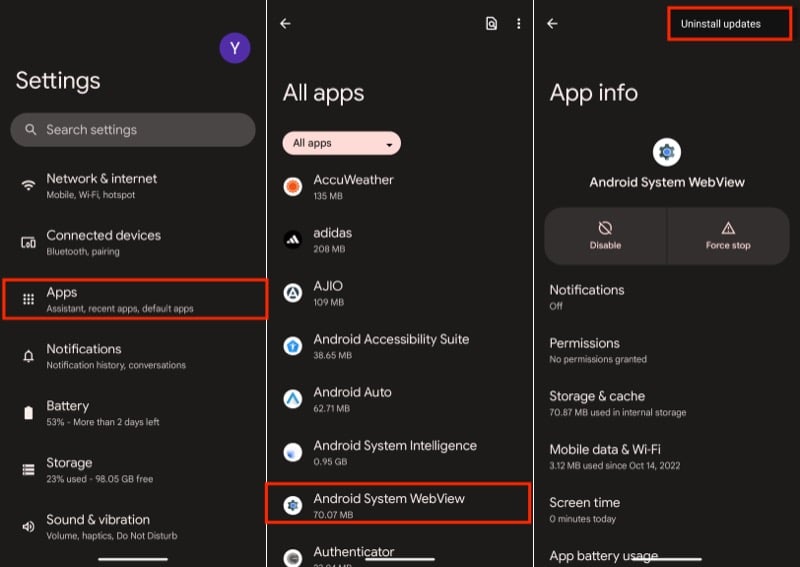 Android System WebView Is More Important Than You Think

Android comes with several components essential for properly functioning various services on board and other apps. Android System WebView is one of many components that allows apps to display web content natively to provide a seamless user experience.

Of course, like any other system component or app, it isn’t immune to bugs either, and, therefore, you may run into problems with it occasionally. However, most of the time, these can be fixed easily, as we’ve discussed in this guide.

Was this article helpful?
YesNo
TechPP is supported by our audience. We may earn affiliate commissions from buying links on this site.
Read Next
NothingOS Made Me Realise How Much Overrated Pixel UI Is
#android #Explained #Explainer