At a time when many smartphone manufacturers are introducing new “gaming” phones, Apple is betting on a device that it launched last year, the iPhone X. Some might disagree, but Apple believes its in-house A11 Bionic chip on the iPhone X is still one of the most powerful processors out there in the market when it comes to gaming. And to reflect this, the company has launched a new ad called “Unleash.”

The one minute nine seconds ad, titled “Unleash” begins with a young man walking out of a subway station with the iPhone X in his hands, playing Vainglory 5V5 on it. As he moves forward, his surroundings start transforming into graphics from the game and crystals and trees start taking over the cityscape.

Looking around, he starts to run, only for little monsters from the game to attack him. The spot cuts and moves to the iPhone X screen of our protagonist where the trademark iPhone notification bell rings as our hero gets a message, asking “What’s up?”, “Nothing much,” he replies nonchalantly on the phone and carries on fighting the monsters surrounding him. After a series of martial arts moves, he manages to get rid of the little monsters, only to find out that he is now being followed by a tree monster from the game. A few kick-ass moves here and the monster fall, shattering and turning into coins. Next up is a fire-breathing lizard beast, but our lead just rotates head, flexes some neck muscles, gathers some firepower in his hand and literally smashes the monster to the floor. 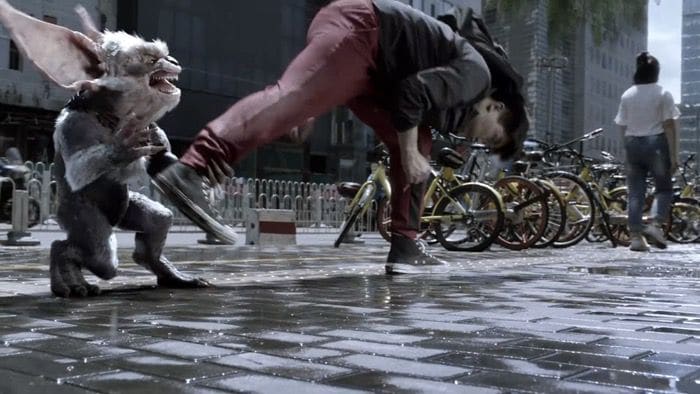 The monster destroyed, our gamer goes from real life to his iPhone X where he swipes through different open windows in the background, taps on the game to return to it, creating an explosion, both in the game and in real life. He then puts his phone in the pocket and walks away after which text on the screen appears, “Unleash a more powerful you” which then turns into an X on a black screen. This is followed by another line saying, “A11 Bionic chip on the iPhone X” and the company’s logo. The spot has “Movement” by Oliver Tree playing in the background.

While most of the world focuses on making ads that are real and relatable, Apple has been known to create ads that are a little out of the box. Ads like Fly Market, Studio in your pocket, Unlock, Memory are just some of the ads that are built around twisting reality, adding layers of magic to it. The Cupertino tech giant kinda has a reputation of hitting the ball out of the park with such ads and we think it has done pretty much the same with “Unleash” as well.

We really like how the ad without really saying much (no benchmarks, no talk of cores, special GPU or whatever) highlights how powerful the A11 Bionic chipset on the iPhone X is. We loved the execution of the ad in which the lead goes from a guy next door to a hero who is slaying monsters and saving the world. The cityscape turning into a gaming battlefield reflected how immersive the gaming experience on the device is. It also showcased the graphics quality that the iPhone X offers.

Along with all the gaming boom-boom-pow in the story, the ad also very subtly highlighted how the chipset can not only handle high-end gaming but can also handle other tasks even while doing so. The message popping up in the middle and our lead replying to it without having to leave the game and the number of apps that were running in the background while he played a heavy duty game without any glitches highlighted how the chipset can take whatever you throw at it. 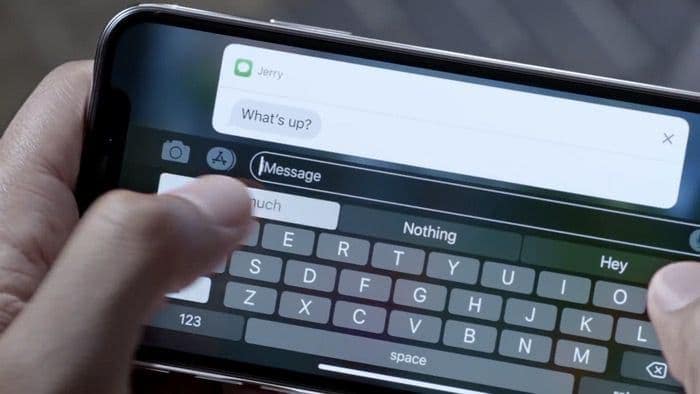 We also liked the transitions from phone screen to real-life, then again to the phone screen and then to real life again. These did not seem abrupt and very easily communicated what the ad wanted to say without really using any words — the gaming experience on the iPhone X can be immersive enough to take you to another world altogether, even while keeping you connected to your existing one.

While there is no talk of specs and numbers, the company has added a bit of copy in the ad saying, “Unleash a more powerful you” and then moved on to highlighting the A11 Bionic processor on the device, in order to make sure that all the viewers understand what the ad is really about. Processors are a part of any smartphone that generally is only defined by speed – how fast it is and how it is faster than the rest of its competition (even if marginally so) – but Apple has simply chosen to highlight what the processor does without bombarding us with heavy duty statistics. We also really like the choice of frenetic energetic background music, which adds a kick to the visuals.

Gaming to the power of X 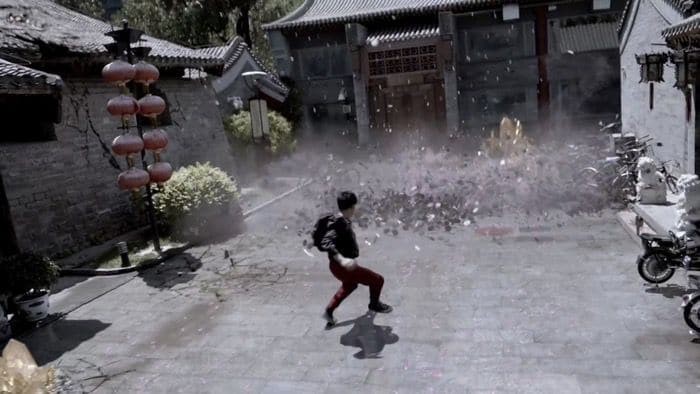 Unlike many companies that fanatically focus on speed and time and are willing to advertise every split second enhancement that their smartphone hardware offers, Apple has chosen to demonstrate what it is like to be playing games on an iPhone X – the “experience” as the company executives like to say. “Unleash” that focuses on the power of the processor running the X, focusing on gaming, and we think, it does an excellent job. What does a gamer want from their device – good graphics, great sound, zero lags, the ability to switch from gaming to more mundane, routine tasks if needed, and seamlessly at that? Unleash shows the iPhone X doing all that, thanks to the A11 Bionic chip. No specs needed. No clock speed. No RAM counts. Just pure gaming. Unleashed.

The message from Apple is clear: Game on? Play on the iPhone X.

Was this article helpful?
YesNo
TechPP is supported by our audience. We may earn affiliate commissions from buying links on this site.
Read Next
How to Convert WebP Images to JPG on Mac
#apple #Apple A11 Bionic Chip #iPhone X #Tech Ad-ons