While the Oppo Find X raises the bar of how premium edge-to-edge screens should look like, Oppo’s today announcement might shape how forthcoming affordable phones handle tall displays. The new Oppo F9, as the leaks and teasers suggested, features a much less intrusive and narrower notch at the top. The rest of the Oppo F9’s story is rather standard for an Oppo handset, though — Mid-range specifications, gleeful color options, and a few surprises too. 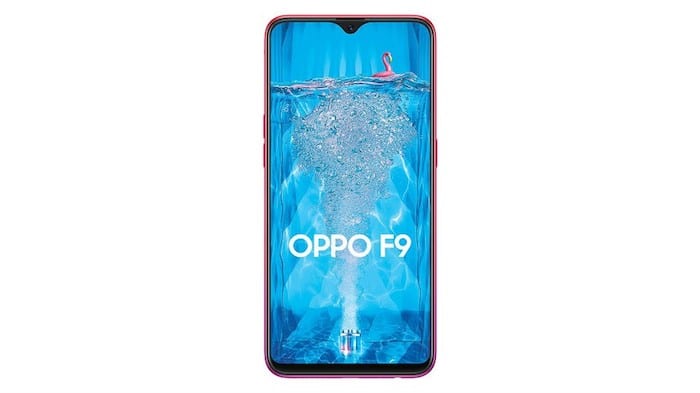 The Oppo F9 comes with a 6.3-inch 1080p screen with an aspect ratio of 19.5:9. It’s powered by MediaTek’s Helio P60 chipset, the same one found under the RealMe 1 which starts at Rs 8,990. There’s 6GB of RAM and 64GB of onboard storage which can be expanded. In addition, the phone features a 3500mAh battery which is even compatible with the company’s proprietary quick-charging technology, VOOC. Sadly, though, it has a MicroUSB port instead of a Type-C. Another key highlight of the Oppo F9 is that it’s the first smartphone to have Gorilla Glass 6 which was announced only a few weeks ago and can supposedly survive up to 15 drops from one meter.

The Oppo F9 has two camera sensors on the rear — a primary 16-megapixel f/1.9 lens coupled with a 2-megapixel secondary snapper for depth-sensing. On the front, you’ll find a 25-megapixel selfie f/2.0 sensor as well. There’s also a rear-mounted fingerprint scanner and a standard headphone jack. Out of the box, you get Android 8.1 layered by Oppo’s own ColorOS skin. There are three color options available — Sunrise Red, Twilight Blue, and Starry Purple. The Oppo F9 is expected to arrive in India later this month on August 21st.

Corning announces Gorilla Glass Victus with much improved…
[First Cut] Oppo A9: Oppo gets into the Note zone
How to Use WhatsApp Multi-Device Feature on Any Smartphone…
[Believe Tech or Not] How Corning - and the iPhone - made…
Reliance Announces Jio Glass, a Mixed Reality Device to…
Redmi Note 9 Expected to be the First Smartphone with the…