Xiaomi’s new sub-brand, Poco yesterday went ahead and announced its first smartphone in India, the Poco F1. While, unlike a few rumors, the company didn’t introduce a new software skin for its lineup, Poco did outline a series of changes it has made to Xiaomi’s MIUI. And one of those was a redesigned launcher called Poco Launcher. 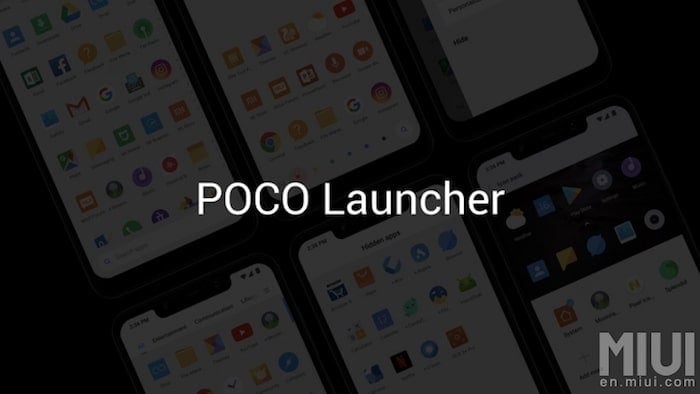 Poco did say it will eventually make its way to the Play Store for everyone to download but just a few hours after the launch, an APK file has been released on MIUI forums if you’d like to try out the Poco Launcher on any other Xiaomi phone today.

The biggest highlight of the new Poco Launcher is surprisingly the app drawer which has remained one of the most requested features for MIUI. The drawer also features a search bar situated on the bottom for a handier experience on tall phones and a row at the top of the most frequently used apps. In addition, the app comes with a handful of other updates including the ability to hide apps and support for Android’s quick shortcuts that let you access several app actions by simply long-pressing their icons.

Poco, at the launch event, also talked about various organizational features of Poco Launcher which allows users to group apps based on their respective categories or search by color. Although that doesn’t seem to be available just yet for other phones. Perhaps, these will be added when Poco Launcher arrives on the Play Store later this month on the 29th.

Poco Launcher is entirely free of cost and you can install it from this link. If you’re not an MIUI forum member, though, here’s a Google Drive link.

Was this article helpful?
YesNo
TechPP is supported by our audience. We may earn affiliate commissions from buying links on this site.
Read Next
With Redmi A1, is Xiaomi Resurrecting the Android One Dream, but Without Google?
#Poco #Poco Launcher #xiaomi