A sticker with a sensor!

Imagine a simple sticker stuck to the back of your cricket bat, possibly under the sponsor label, which can provide a real-time analysis of the quality and power behind the shot? That’s what ‘Power Bat’ aims to do. And it’s the brainchild of possibly the biggest matchwinner Indian cricket has ever seen, Anil Kumble. 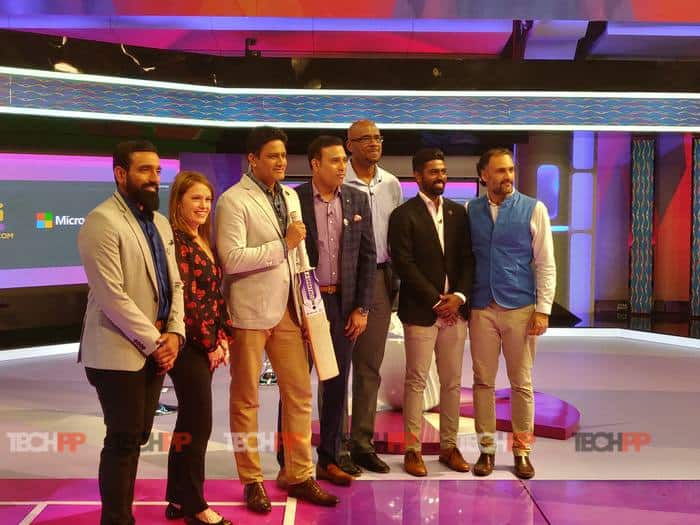 Spektacom Technology, which Kumble founded last year, has developed Power Bat with an aim to help batsmen understand their game at a level higher than what video analytics can provide. Weighing less than 5 grams, the sticker has some sensors to track things like bat speed, power generated, impact made with the ball and more. Using Artificial Intelligence, the connected app can provide meaningful insights into every shot played for the fans, coaches and batsmen themselves.

At a media event held at Star Sports studio in Mumbai yesterday, Anil Kumble demoed the Power Bat which captures parameters like bat speed, bat twist, quality of the shot and finally the power of the shot which now has a new unit called ‘Speks’. Currently, Spektacom is only targeting the broadcasters and feels the time is ripe to tap into the growing Cricket viewership which is second only to Football globally. The Power Bat technology was employed in the recently concluded TNPL tournament in association with Star Sports and was deemed as a success. 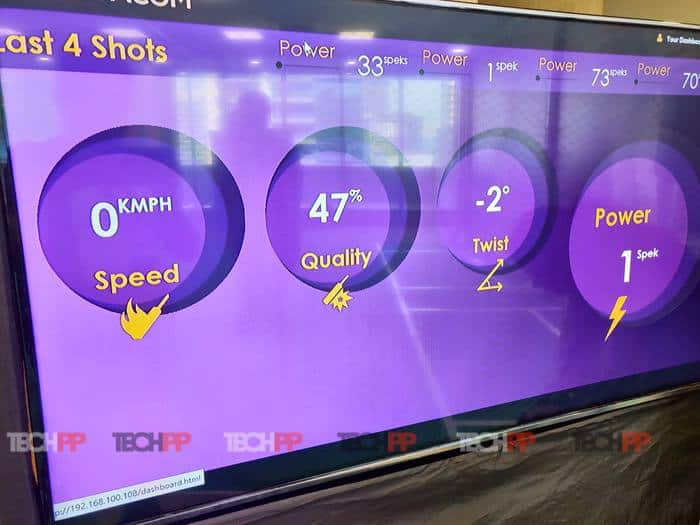 Spektacom is using Microsoft’s Azure Sphere technology to provide the analysis data in real time to broadcasters like Star Sports. Using Bluetooth Low Energy, the sensor connects with an edge device called Stump Box that is buried behind the wicket alongside other equipment like Stump microphone. The data from the stump box is transferred and analyzed in Azure and shot characteristics are provided to broadcasters in real-time. In fact, Spektacom was incubated in Microsoft’s AI labs in Bangalore. 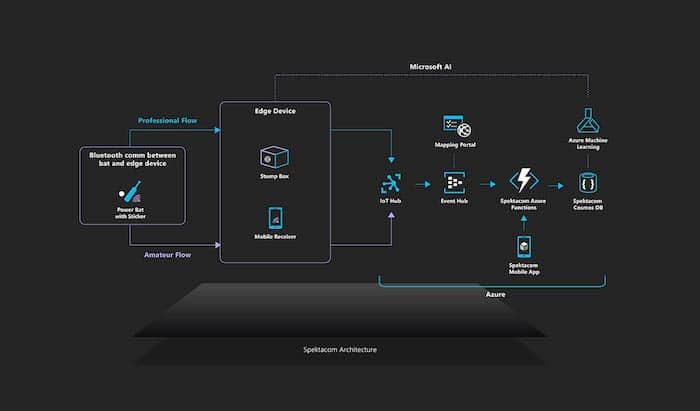 The Power Bat sticker can be charged wirelessly and takes around 90 minutes to charge completely. Once charged, it can last up to 48 hours on a stretch. The sticker can also store enough data if someone doesn’t want it in real time and can then transfer it to the app for analysis.

Eventually, Kumble wants to take the technology to the grassroots levels. He isn’t ready to reveal how much the Power Bat would cost but says it will be affordable enough. “We still haven’t figured out the price yet,” says Kumble. 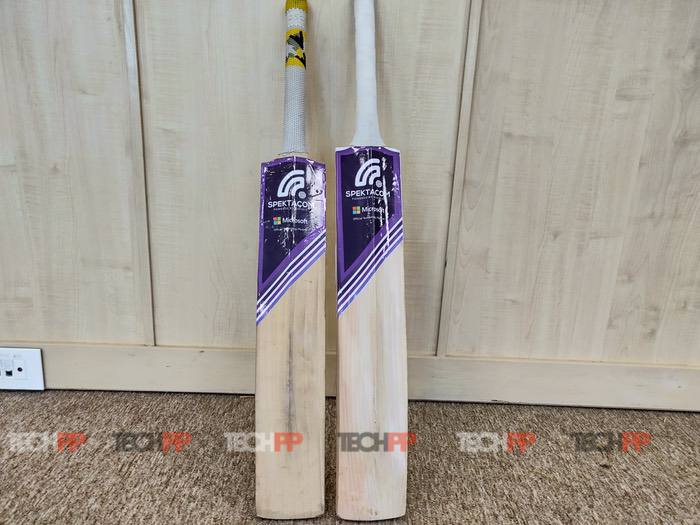 Broadcasters would probably like to lap it up to increase fan engagement considering there isn’t much to track stuff around batting (other than how far a six went). And considering how unobtrusive this is, I don’t see anyone from batsmen to BCCI to ICC having reservations about the usage.

I had a chance to try out the Power Bat at the event and was pleasantly surprised to see it work so well in real time with odd glitches here and there. Abhinav Mukund, who had the opportunity to use the Power Bat technology during TNPL mentioned how the players in his team were competing against one another as to who gets the highest ‘Speks’ score after every match.

But this is not the first time we are seeing such tech in cricket. Intel had demoed BatSense from a startup called Speculur last year which attaches a 50-gram module on top of the bat handle to derive analytics. But then, it wasn’t built for real-time broadcasting and can still be deemed obtrusive considering its weight. Power Bat surely has a lot going for it at this point in time.