Do you own an older generation iPhone with dual-cameras and after seeing the bokeh effect that comes with the new iPhones, you are convinced to upgrade to the newer models or probably looking for a better way to get the same bokeh effect (portrait mode) on your existing iPhones?

If YES, then you must read this article till the end to learn how to achieve the bokeh effect on your older iPhones. 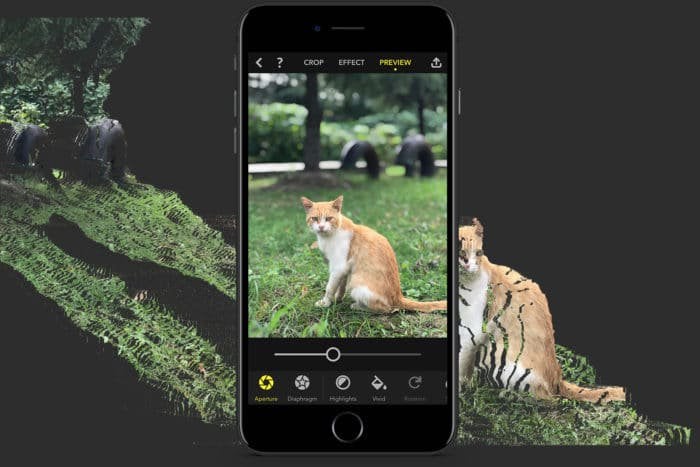 This year’s new iPhones, the iPhone XR, iPhone XS, and iPhone XS Max come with the ability to change the depth of field or bokeh of a picture by adjusting the aperture (f-stop) of a picture after it has been clicked. For which, you need to go to the Photos app, select the photo and hit the Edit button. After which, you will get the option to adjust the aperture (f-stop) number using a slider, which will, in turn, change the bokeh effect or depth of field.
Apparently, for this to work, the Camera on the new iPhones captures shots at different depths of field and combines them using computational photography to create an amazing bokeh to make the shot look as if it was taken on a professional camera.

However, if you are someone who does not wish to upgrade to the new iPhones but still wants to get a similar bokeh effect on your older generation iPhones, you have been covered, thanks to the app called Focos.

Here’s what you need to do:

This app is very similar to any other photo editing app, except for the added ability to change the bokeh effect by altering the f-stop number and also the ability to change the focus point in a picture by tapping on the specific area where you need the photo to be sharp and focussed. To get the bokeh, you can choose anywhere from f/1.4 to f/16 to get either a shallow or a large/deep depth of field. You also get a few EXIF options in the app which allow you to save things like the location where the app was taken, photographer’s name, etc. There’s also an option to save the image in different sizes like 1536×20148, 2160×2880, and 3024×4032, along with the ability to change the format of the image, like JPEG, HEIC, and TIFF. The app also has a built-in Camera in the app which can be used to capture shots from within the app and get a real-time feedback on how the bokeh would turn out after the image has been taken.

Overall, Focos is a great app to help you get a bokeh effect similar to the new iPhones on your older iPhone. So, without wasting any time go ahead and download the app from the App Store. It’s available for Free with a few Paid features thrown here-and-there. But for the most part, you won’t need to spend a dime, as the only purpose you are going to use this app for is to get the bokeh effect, and for rest of the editing, you can stick with your favorite image editor.

Was this article helpful?
YesNo
TechPP is supported by our audience. We may earn affiliate commissions from buying links on this site.
Read Next
How to Split PDF Online Without Downloading Any App
#Bokeh #Focos #how to guide #iphone #Photography #Portrait Mode