When Apple launched the 12-inch MacBook back in 2015, there were rumors of MacBook Air biting the dust and disappearing from the MacBook lineup. Apple did bring an uninspiring upgrade in 2017, but there were a lot of people hoping and praying Apple would provide a real upgrade to the MacBook Air. And Apple has done just that. The new MacBook Air is here and comes with most of the 2018 goodness. 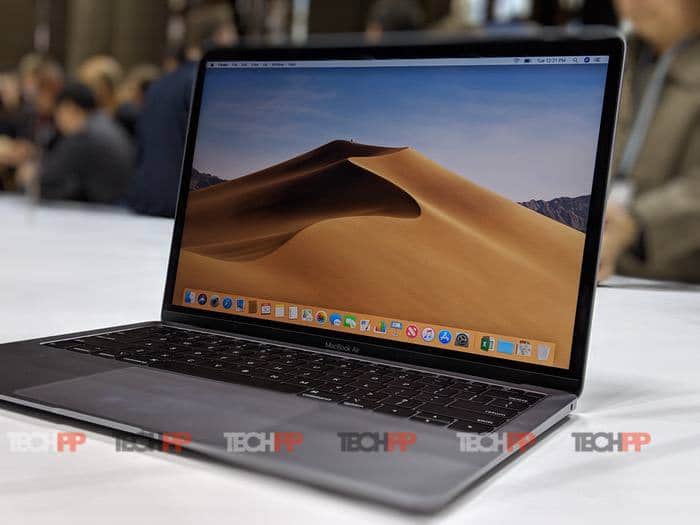 The design is mash-up of the new MacBook Pros and the good-old MacBook Air with a tapered base. It’s a full retina display which is a HUGE markup to the old MacBook Air, but not True tone like the new MBP. Glossy LCD with sRGB color spectrum can be a disappointment for some. It’s still 13.3-inch screen, but cutting down of bezels and some ports (more on that later) has led to a smaller footprint, and it is now 17% lesser volume than before and a quarter pound lighter. In a lot of ways, it reminds you of the original 12-inch MacBook, but the unmistakable taper confirms it’s a MacBook Air. Apple has managed to build the MacBook Air with 100 percent recycled aluminum which is a commendable thing. The device feels as sturdy as any Apple laptop.

Apple has removed all the older ports and has replaced them with Thunderbolt 3 ports. It’s disappointing that there are just two of them, but that’s what we have come to expect from Apple these days (Yay! #DongleLife). The other big highlight of the new MacBook Air is the presence of Touch ID. Alongside that, there is the new T2 security chip which handles encryption, does encoding etc.

The new “latest-gen” Butterfly keyboard is actually the same one we saw on the newer MacBook Pros. With my limited testing, typing on that keyboard felt good. There is also a Force touch trackpad that is 20 percent bigger than previous Air. It wasn’t an ideal environment to test the new stereo speakers, but Apple claims they are 25% louder with 2x more bass and wide stereo sound. In a lot of ways, the new MacBook Air is a lot like the 13-inch MacBook Pro minus the TouchBar and on a tapered slab. 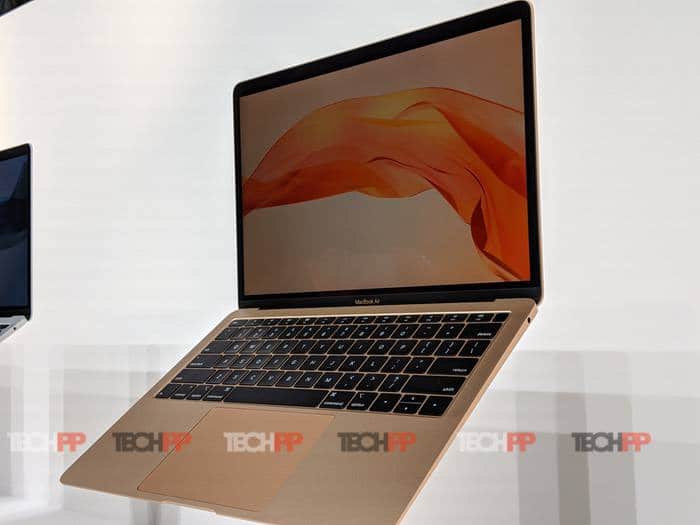 It comes in three colors – Gold, Slate gray and Silver. I particularly liked the Gold one which is more like the gold on the iPhones than 12-inch MacBook gold. At a starting price of $1199 (Rs 1,14,900 in India), the new MacBook Air offers 8GB of RAM, 128GB SSD and the latest 8th-gen Intel i5 processor. It’s sad that Apple is still keeping 128 GB as the storage in the base variant, but it can be specced-up to 16GB of RAM and 1.5TB of SSD. 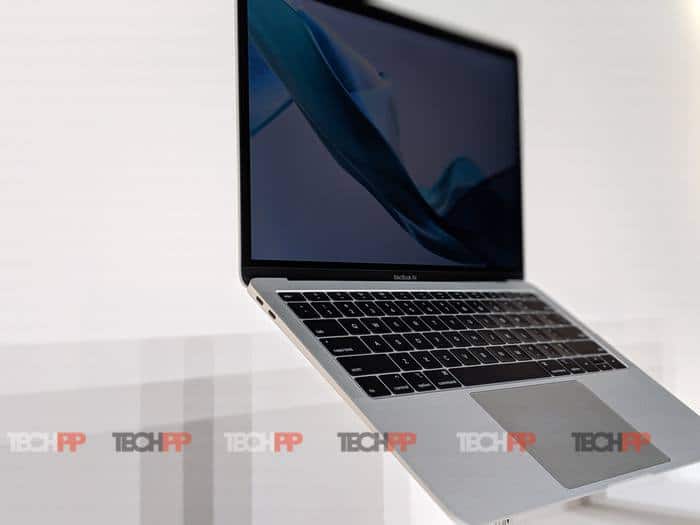 The MacBook Air has got the much delayed and much-deserved upgrade but it’s no more the ‘affordable MacBook’ like it once was. At a starting price of over a lakh in India, it competes with the likes of Dell XPS 13 and Microsoft Surface Book 2, and not mention, Apple’s very own 12-inch MacBook. There’s a lot to test and compare, so stay tuned for our detailed review coming up soon.

Was this article helpful?
YesNo
TechPP is supported by our audience. We may earn affiliate commissions from buying links on this site.
Read Next
Best USB Hub for MacBook to Buy in 2023
#First Cut #First Impressions #hands on #macbook air #new macbook air