Got a OnePlus 6? Should you consider the OnePlus 6T then?

“To update or not to update
Is the question
Whether it is wiser
To continue with the OnePlus 6
With a large notch and smaller battery
Or by investing in a OnePlus 6T
And sacrificing a 3.5 mm audio jack
Overcome them?”

Thus would Shakespeare’s Prince of Denmark have perhaps tackled the question of choosing to stay with a OnePlus 6 or invest in the shiny new OnePlus 6T, which has just made its way to Indian shores. And it is a pretty good question actually. One that deserves an answer that is better than verse (which is worse, pun intended). For the OnePlus 6T does bring a few changes to the OnePlus 6 table. 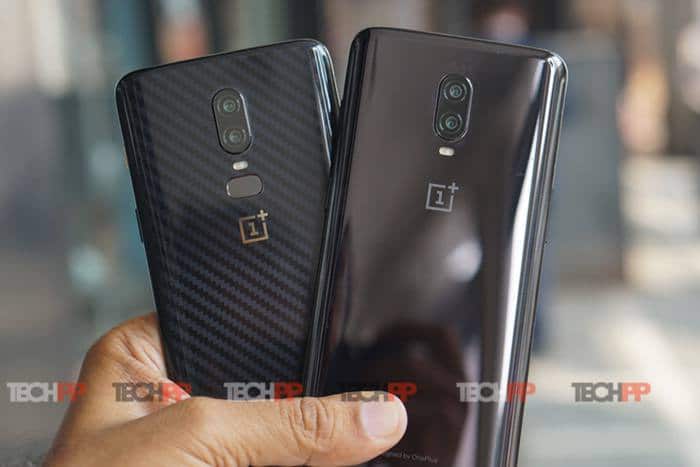 The 6T starts at a higher price than the OnePlus 6 – Rs 37,999 as against Rs 34,999 – but those extra Rs 3,000 get you double the amount of storage (128 GB), a slightly larger display (6.41 inches as against 6.28), a larger 3700 mAh battery, an under display fingerprint scanner and water drop shaped notch. That apart, most of the hardware and software is very similar, and in design terms too, the 6T is just slightly taller and heavier than the 6. There have been some tweaks made to the camera algorithms and app too, but they have made their way to the OnePlus 6 too as that too boasts the same hardware.

Does all that justify the extra bucks? 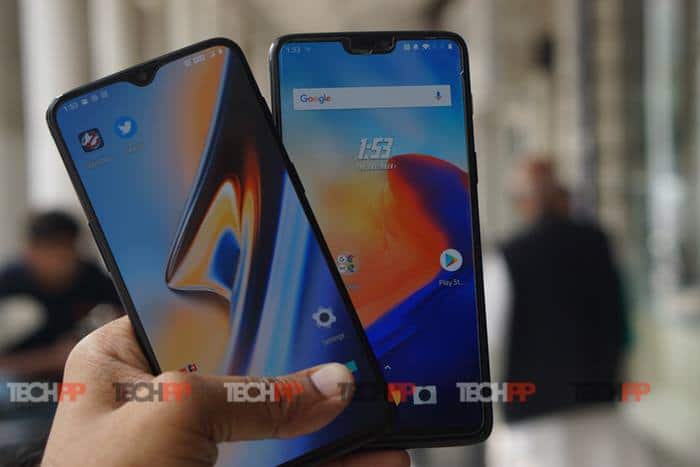 That, as in so many things in life, depends on what exactly you value. We have been using both devices for a while now. And while there is no doubt that our hearts and minds have been to an extent been captivated by OnePlus 6T, using its T-less predecessor keeps reminding us of just how good that device still is. Hardly surprising when you consider just how much it shares with its predecessor in hardware and design terms. Which of course, brings us back to the core question, while there is no doubt that the OnePlus 6T is staggeringly good value for money for anyone looking for a budget flagship, what about those who already have a OnePlus 6? Is it worth their while to update to a 6T already?

We will not beat about the bush (unlike the Prince of Denmark). Here is how we see the situation:

If you are looking for high-end performance and are a gaming freak, frankly, we would suggest you save your money for the OnePlus 7. The 6T has mostly similar hardware and software and while it is a blistering performer when it comes to gaming and other functions, the difference between the 6 and 6T is about as noticeable as a sand grain in the Sahara. Yes, if you really nitpick, the OnePlus 6T has a slightly larger (and slightly brighter) display, but truth be told, it does not make a killer difference. If anything, the fingerprint scanner on the 6 works faster than the one on the 6T, though the latter does look more…well, snazzy!

For them looks lovers 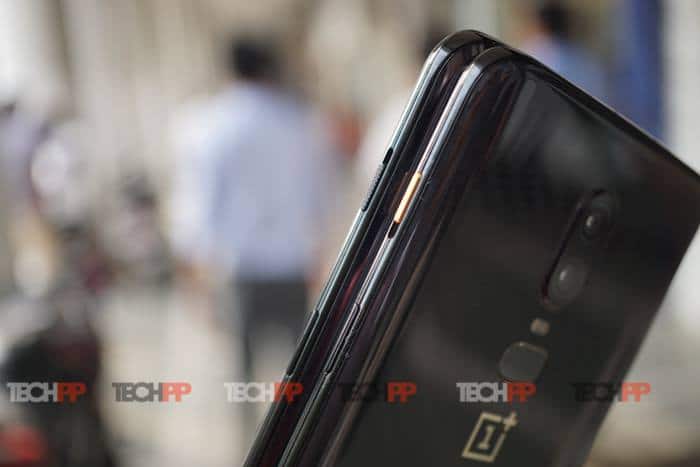 If design matters a lot to you, then it gets interesting. Yes, the drop notch does make the 6T look a bit better than the 6 but at the time of writing, the OnePlus 6 came with more color options, including a very striking red and an amazingly smooth white. And do not even get us started on the Avengers’ edition with the gold button on the side. So yes, small notch lovers should update, but that apart, the OnePlus 6 pretty much holds its own. Mind you, those who want to flaunt an under display fingerprint scanner will love the graphics display that hitting that scanner brings up, but let’s face it – it is still noticeably slower than the conventional fingerprint scanner on the back of the 6. 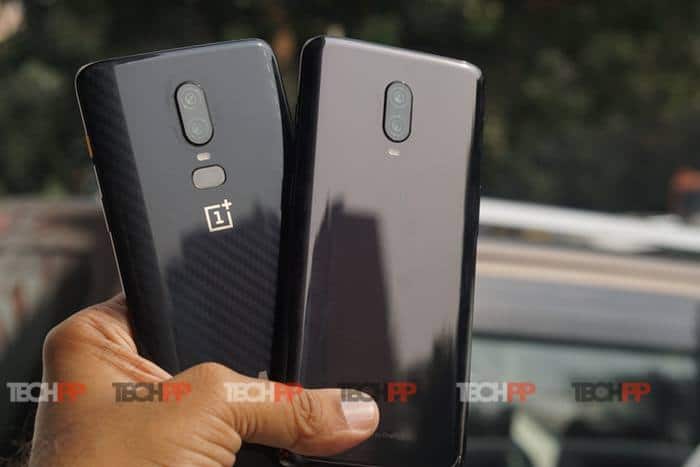 Cameras have generally not been a major point of distinction between the normal OnePluses and their T-series avatars (pun unintended, really!) – although the 3T did come with a bigger selfie snapper than the 3 – and this time too, the difference between the cameras on the two phones is not path-breaking. The 6T’s cameras came with a few new shooting modes (including one for the night, a la what’s expected on the Pixel), but those changes are making their way to the 6 as well, courtesy OnePlus’ amazing software update record. And well, truth be told, at the time of writing, we did feel that the OnePlus 6T was erring on the side of over saturation as compared to its predecessor, even though it did seem to dig out a little more detail. 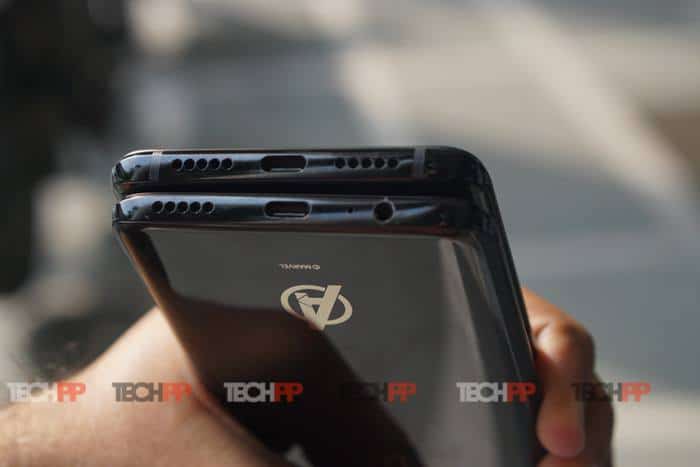 If you are the type that consumes a lot of multimedia, well, then things change a bit. Yes, we know we said that the extra .13 inches of display space does not make that much of a difference and in terms of sound too, both devices are relatively equally matched. Where the difference comes into play is in battery life – the 3700 mAh battery on the 6T will give you a lot more video and music than the 3300 mAh one on the 6! Mind you, the 6 does score brownie points for its 3.5 mm audio jack, but then the 6T comes with a USB Type C to 3.5 mm adaptor in the box, and while you cannot charge your phone and listen to music at the same time (something that many people actually say one should NOT do), the battery itself lasts longer. Yes, multimedia lovers should consider upgrading, we say.

To upgrade or not? Well, yes!

For them road warriors 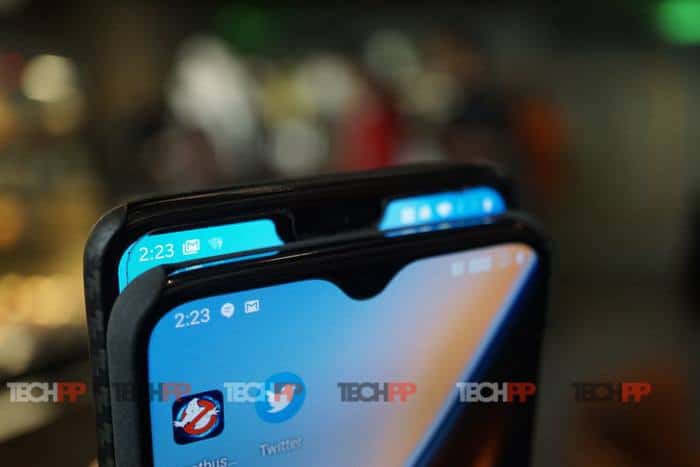 Yes, even flagship users like having phones that go on for a while on a single charge. In fact, while battery life has not really been the forte of the OnePlus series (battery life has generally been around a day of careful use), the device’s Dash Charge feature has redeemed matters to an extent, by letting users get a fair bit of use with a few minutes of charging. Well, with the 6T, OnePlus does not really get into the big battery like the Huawei P20 Pro but gets closer to it. The 3700 mAh battery makes the OnePlus 6T perhaps the first OnePlus device in a while to see off a day of normal use comfortably with a single charge. And Dash Charge is still there so recharging is very fast as usual. If that battery life matters to you – REALLY matters to you – then the 6T is a no-brainer!

To upgrade or not? Hell, yes!

All of which is very fine, but what about a simple yes or no to the “should all ye who have the 6 consider the 6T” question? We wish the answer were that simple. The killer difference for us between the two devices – notwithstanding all the tattle around the notch and the under display fingerprint scanner – is actually the larger battery. The other hardware is largely similar and truth be told, we think the design of the OnePlus 6 has a slight edge over the OnePlus 6T at the time of writing, thanks to simply having more colors and editions up its Never Settling sleeves, and THAT 3.5 mm audio jack. So if you want us to clear the clutter and give as direct an answer to that query as is geekically possible, well, here you are: “If you consider battery life to be super important, then go right ahead and update to the 6T. Else wait. All things come to those who wait, including a OnePlus 7…”

[Review] Alexa, Should I Order the New Echo Speakers?…
OnePlus 7 Pro vs OnePlus 7T: To GoPro or GoT is the question
Dude, which OnePlus 7T should I go for? (Or should I just…
Vivo S1 Review: It’s got the looks, but needs more
Got iOS 13? Try out these Ten simple features!
Social Distancing? Google has got a Tool for that