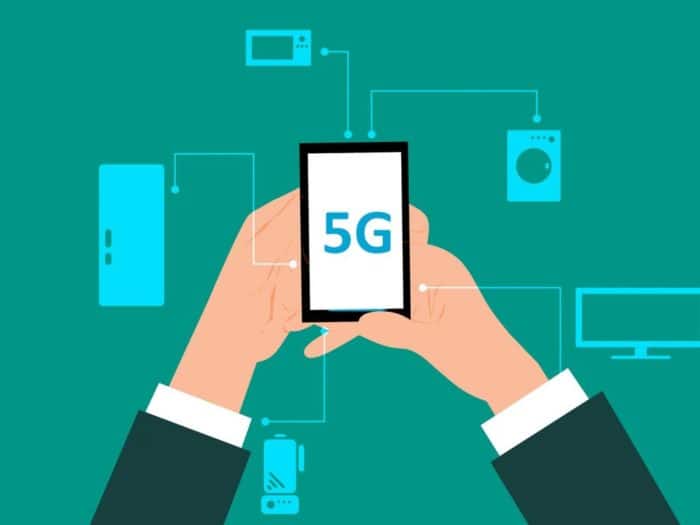 With fifth-generation (5G) expected to come around the year 2020, it is believed to significantly improve data rates, increase connection density, reduce latency, and provide gigabit internet speeds. Though it is still in development and will not be available for use anytime soon, companies like Nokia, Qualcomm, Ericcson, Samsung, and Intel are spending huge chunks of money on researching and developing 5G. As of now, at a certain level, these researches and development have paid off, with Nokia planning to launch its platform “5G first” aimed at providing end-to-end 5G service, Intel claiming to deliver 5G powered laptops in the year 2019, and Qualcomm planning to deliver its 5G enabled Snapdragon X50 devices in 2019 as well.

With that much potential, 5G is expected to drastically open opportunities for AR (Augmented Reality), VR (Virtual Reality), and IoT(Internet of Things). The reason these services will be able to get the most out of 5G is that a 5G connection is expected to provide really-high internet speeds and very less latency (delay between when a message is sent and when it is received) – which is all that is required for services like AR, VR, and IoT to perform adequately.

Apparently, providing the high-speed internet with reduced latency requires making changes in the way signals are transmitted and carried over long distances. For this reason, researches have been developing various technologies to make 5G better. Among these technologies, the most important ones that are considered to be five pillars of a 5G network are-

Most of the electronic devices in our home operate on radio frequency (RF) waves, which lie under 6GHz. With more devices getting connected to the internet each day, this frequency band is starting to get overcrowded, leading to problems like slow internet speeds, high latency, and more dropped connections. To solve these problems, researchers are experimenting with using shorter millimeter RF waves that typically fall between the range of 30-300GHz. The reason for using this range of RF spectrum is that it has never been used before, which means it has a very huge bandwidth to offer for the numerous devices that we have on the internet.

Though the use of millimeter waves might solve low-bandwidth or other related problems, it has its own set of problems that researches need to find a way out of. To understand how small cells work, let’s consider an existing problem with using RF waves of higher frequencies – a lot of us might be aware that the Wi-Fi we use to connect to the internet uses two frequency bands, 2.4 GHz and 5 GHz. In most of the cases, we use 2.4 GHz frequency band on our connections (enabled by default), as lower-frequency waves tend to have more range than higher-frequency waves. The problem with millimeter waves is similar to this problem, since, we are using high-frequency RF waves which are weak (have short range) and do not possess enough potential to travel across long distances without getting attenuated.

However, researches have found a way around this, which involves installing thousands of low-powered mini base stations close to each other as compared to traditional wireless stations, creating a relay network and jumping off the signals to cover long distances. Just like millimeter waves cannot travel over long distances they also fail to penetrate objects like buildings, trees, clouds, etc. which causes signals to bounce off these objects and get lost. To address this problem, small cell antennas located at close proximities would actually come in handy, as they would switch user’s base stations when they come across an obstructing-object to provide a seamless and uninterrupted experience.

The present 4G network uses base stations with a dozen ports for antennas, out of which it has eight ports for transmitting and four ports for receiving. On the other hand, the new 5G standard can support about a hundred ports to fit more antennas on a single array, which would increase the network capacity by allowing it to send and receive signals with more users.

In a nutshell, MIMO or multiple-input multiple-output relates to wireless networks that utilize two or more transmitters or receivers to send and receive data. With numerous base stations nearby and a lot of traffic going in-and-out of base stations, there is a huge possibility of signal interference, which could lead to a lot of attenuation and distortion.

To counter the problem of signal attenuation and distortion caused due to omnidirectional signal broadcasting by hundreds of ports used on the MIMO powered base stations, researchers have come up with another technology, called beamforming. Similar to the traffic signals which prevent people from colliding into each other by allowing them to take turns to cross the road, beamforming does the same thing, but with network signals and packets. It focuses a signal-beam directly towards a user instead of broadcasting it in all directions while simultaneously creating a pattern of transmitting signals so that more number of users can be served at the same time without any loss of signal. For this, it utilizes algorithms on base stations to send multiple packets across the region by bouncing them off the surrounding objects to provide the best signal route and hence serve a lot of users using the MIMO technology without any attenuation and distortion.

However, with the new 5G network that utilizes millimeter waves, researchers have to find a way to route incoming and outgoing signals so that they don’t collide with each other. For this, researchers have come up with switches (made up of transistors) that momentarily de-route a signal to prevent collision and interference. And just like other technologies that have some drawbacks, full-duplex is no different and has its own drawback – sending and receiving signals using the same antenna can lead to what is called pesky echo, and to overcome this issue there needs to be some way to create a pesky echo-free network.

With the 5G connection, technologies like AR, VR, and IoT are expected to rise and become more mainstream and easy-to-use, which would otherwise not be plausible. To understand the use case of 5G in the advancement of these technologies, let’s consider a scenario where a doctor needs to perform an operation on a patient located half-way across the world. For which, he uses VR devices and robotic assistant located near the patient. To make this operation successful, there is an absolute need to have a lag-free network, so that there is no latency between the time when the doctor sends in a command or operation, and the time the robots take to intercept and perform the operation on the patient.

In addition to advancements in AR, VR, and IoT, the other major advantages that one can straightaway expect with a 5G network over existing network connection are-

Currently, 5G is being developed and tested for launch by the year 2020, with compatible devices expected to start coming in at the end of the same year, and the network being available widespread across the world by 2025.