RealMe has today added yet another smartphone to its growing budget lineup in India — the RealMe U1. While the new brings a host of “firsts” for the series, a lot of them like the battery, screen, design also overlap with the RealMe 2 Pro that was launched less than two months ago. Therefore, here’s everything different between the RealMe 2 Pro and RealMe U1. 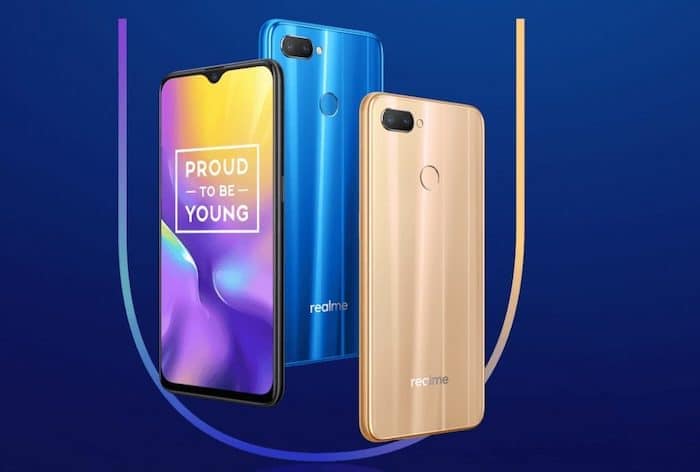 The RealMe 2 Pro and RealMe U1 are powered by two similar processors, albeit from separate brands. While the former runs on Qualcomm’s Snapdragon 660 chipset, the latter is the first smartphone to offer MediaTek’s latest Helio P70. The RealMe 2 Pro also has more storage options with a maximum of 8GB RAM and 128GB internal storage. The highest you can get on the RealMe U1, however, is 4GB RAM and 64GB storage.

Both of them also have dual-camera arrangements on the rear. But the RealMe 2 Pro has a marginally better primary snapper. It comes with a regular 16-megapixel f/2.0 lens and another 2-megapixel sensor for depth-sensing. The RealMe U1, on the contrary, has a primary 13-megapixel f/2.2 lens and the same secondary camera.

The aspect where RealMe U1 holds an edge is the selfie camera. It houses a 25-megapixel snapper under that tiny notch on the front, while the RealMe 2 Pro has a 16-megapixel sensor. Both of them have an aperture of f/2.0.

The rest of the specifications on the RealMe 2 Pro and RealMe U1 are identical. Both of them have Android 8.1 based software, a 6.3-inch 1080p screen, 3500mAh battery, fingerprint reader, and a dedicated MicroSD card slot.

Was this article helpful?
YesNo
TechPP is supported by our audience. We may earn affiliate commissions from buying links on this site.
Read Next
Realme 10 Pro+ 5G Review: Good Phone, But the Camera Could Be Better
#Realme #RealMe 2 Pro #RealMe U1