It’s been just over six months since the inception of what started out to be Oppo’s sister brand but now is a standalone entity with ambitions of making it big in the price-sensitive Indian market by providing specs that were never heard of before at their price points. Realme’s agenda seems clear. Target the youth, give them a spec-heavy phone and cater to what the users ask for, or at least that’s what they claim. Their fifth phone in six months, the Realme U1, seems to be built on the same principles and caters to the selfie enthusiasts while making sure it does not compromise on other aspects like design or performance. Where does it stack up in the overcrowded marketplace? Let’s find out.

At first glance, the Realme U1 looks like an exact replica of the Realme 2 Pro launched not too long ago. Polycarbonate back, teardrop notch on the front, same dual camera and fingerprint scanner placement along with all the regular buttons and ports along the sides. The U1, however, skimps on a secondary mic for noise cancellation. Looks like Realme is using the same outer chassis and display panels as the 2 Pro on the U1 and that’s not necessarily a bad thing as the 6.3-inch almost bezel-less IPS display with a full-HD+ resolution looks great and Realme claims to be using Gorilla Glass 3 protection on top.

The cameras, however, have undergone a change. While the rear still houses two cameras, the primary shooter is now a 13MP f/2.2 sensor accompanied by a secondary 2MP depth sensing unit. Slightly underwhelming when compared to the 2 Pro right? The story, however, is entirely different on the front. There’s now a 25MP f/2.0 lens on the front which according to Realme’s claims provides best-in-class selfie performance. The battery is a 3500mAh unit and unfortunately does not support any sort of quick charging and you’ll have to resort to using the 10W adapter in the box. The phone runs on Color OS based on top of Android 8.1 Oreo and for all of you who use two SIMs and an SD card, good news, that’s supported as well. 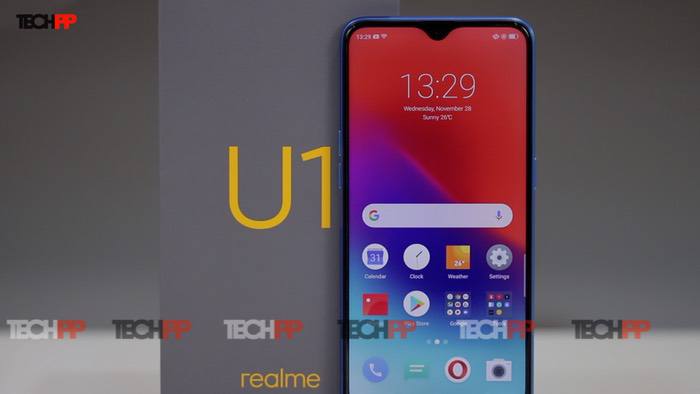 Apart from the superior selfie camera, a major highlight of the Realme U1 is what resides at the heart of it under the hood. The U1 is the first smartphone to come fitted with MediaTek’s new Helio P70 chipset and the performance that this phone provides gives us enough reasons not to write MediaTek off from the smartphone chipsets game. The Helio P70 is manufactured on the 12nm manufacturing process and uses four high-performance Cortex A73 cores clocked at 2.1 GHz and four power-efficient Cortex A53 cores clocked at 2GHz. We ran a few benchmark tests to see where the Helio P70 slots in compared to the Snapdragon 636 and 660 and if the scores are anything to go by, the P70 outdoes even the mighty 660 (although underclocked on Realme 2 Pro) which shows how capable the chip is. 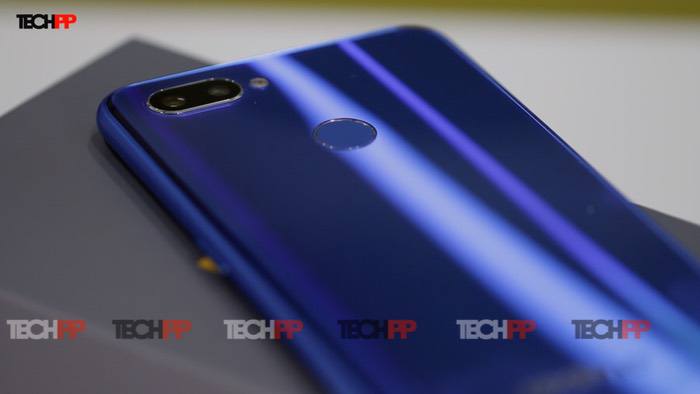 We also played PUBG to decipher real-world usage as that’s what most of you are into of late and see how the phone holds up. No surprises here, the U1 handles it with ease. The game installs in medium settings by default but I switched to high and HD graphics before testing and the U1 pulled it off without any issues. In fact, for an amateur like me who’s playing the game for hardly the fourth or fifth time, it was quite a pleasant experience and I enjoyed the gameplay. The battery drain as well seems to be on par with other devices and the back does not get too hot to the touch either. Do note that these are our initial impressions of the device and the final verdict may vary so watch out for our full review which should be coming out soon. 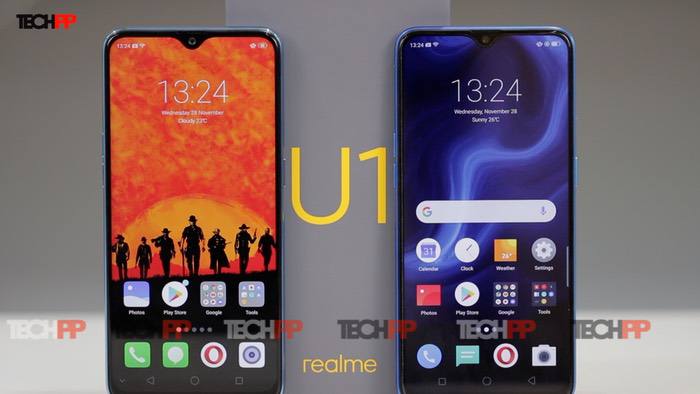 The Realme U1 will be sold in India starting at Rs. 11,999 for the 3+32GB variant while the higher 4+64GB variant is priced at Rs. 14,499 which seems like a steep hike given that the only difference is an extra gig of RAM and double the amount of storage. For the price of the base variant, however, the Realme U1 seems like the undisputed king of performance, if that’s what you’re looking for, and if you’re into selfies, that’s just the icing on the cake. And that’s not saying that the rest of the package is bad, these are just the USPs. Stay tuned for our full review of the Realme U1 if you wish to know more about the smartphone.

Was this article helpful?
YesNo
TechPP is supported by our audience. We may earn affiliate commissions from buying links on this site.
Read Next
Realme 10 Pro+ 5G Review: Good Phone, But the Camera Could Be Better
#First Cut #First Impressions #hands on #Realme #RealMe U1