After bringing the Nokia 7.1 two weeks ago, HMD Global is today adding yet another mid-range smartphone to its lineup in India — the Nokia 8.1. Originally unveiled back in October as the Nokia 7.1 Plus, the new Nokia 8.1 features a familiar aluminum-glass construction, Android Pie, and a lot more for a price of Rs 26,999. It will be available through several online as well as offline channels including Amazon. Pre-orders for the same are open today and HDFC card owners can avail a 10% cashback. It will go on sale starting December 21st. 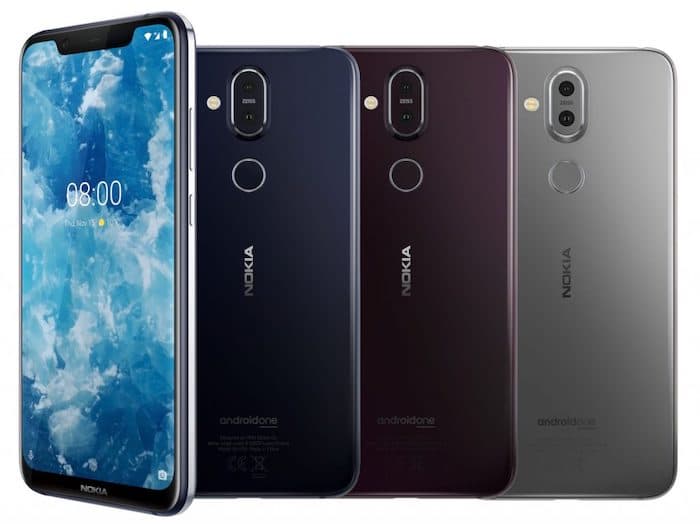 The Nokia 8.1 comes with a 6.18-inch 1080p screen which is capable of HDR10 playback and has an aspect ratio of 18.7:9. It’s powered by Qualcomm’s latest Snapdragon 710 octa-core chipset, 4GB of RAM, 64GB of onboard storage which can be expanded, and a 3500mAh battery that does support quick charging.

The camera arrangement on the Nokia 8.1 houses two Zeiss-branded sensors on the rear — a primary 12-megapixel f/1.8 lens and a secondary 13-megapixel snapper. There’s also Optical Image Stabilization and dual-tone LED flash. On the front, you will find a 20-megapixel camera for selfies as well which has an aperture of f/2.0.

The Nokia 8.1 is one of the first phones to come preloaded with Android Pie and as it has been the case with previous HMD Global smartphones, it carries a stock build as well. Plus, the Nokia 8.1 has the company’s Ozo stereo audio recording and is compatible with Dual 4G VoLTE.