Barely 6 months after the launch of the original Vivo NEX, the NEX 2 is now here and much like its moniker, it sports 2 displays, with the secondary one on the rear to help with selfies using the rear camera as Vivo has gotten rid of the pop-up selfie camera from the NEX. 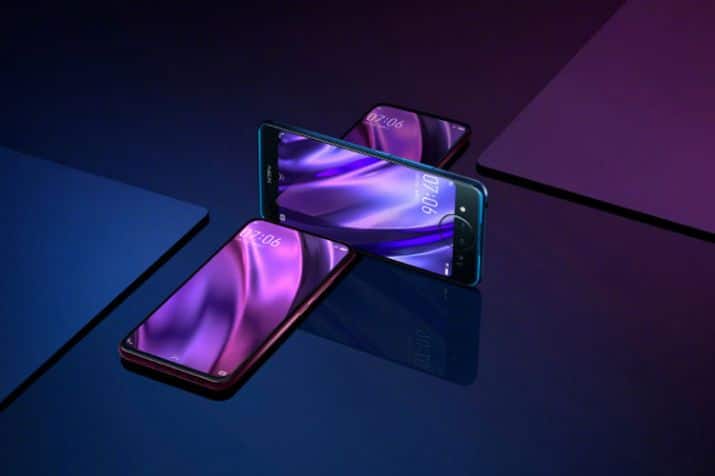 The NEX 2’s primary display is a 6.3-inch panel AMOLED panel with a Full HD+ resolution and is a welcome shrink compared to the oversized 6.6-inch screen from the original NEX. The rear display is also OLED and is spread across 5.5 inches with a resolution of 1920 x 1080 pixels.

Along with the display on the back, the NEX 2 houses a triple camera setup with a primary 12MP shooter accompanied by a depth sensor and a third lens which is a TOF (Time Of Flight) camera used to capture 3D imagery. We saw the implementation of a similar camera on the Oppo R17 Pro recently, and Vivo is using it for face unlock which is claimed to be faster then Apple’s face ID. If you thought the back was already crowded enough, there’s also a circular ring light around the camera module to help with even light distribution on the face while clicking pictures.

Performance wise, not much has changed when compared to the first-gen NEX S. Snapdragon 845 is the SoC handling day-to-day activities coupled with 10GB of RAM as opposed to 8 on the last-gen NEX which already was an overkill, and there’s 128GB of onboard storage. What else is upgraded is the Android version. The NEX 2 runs on Vivo’s FunTouch OS based on top of Android 9 Pie which is nice to see. The battery capacity however has been shed down to 3500mAh in order to accommodate that secondary display, and given that there are 2 displays onboard, the battery performance might take a hit.

The Vivo Nex 2 will go on sale starting December 29 for 4998 Yuan which translates to about $725 or INR 52,000. There is no word about availability outside of Mainland China yet, but given that the NEX did come to India, we can expect the NEX 2 to hit the Indian shores pretty soon.