Google has given us just that!

Google has released its Holiday ad for the year for Google Assistant called Home Alone Again with Google Assistant. If you still have not figured out the plot of the ad, we suggest you sit tight to have your mind blown! The company has paired nostalgia so well with marketing that it takes us back to the time we first saw Home Alone but this time the hero here is not Macaulay Culkin, it is, rather appropriately, the Google Assistant. 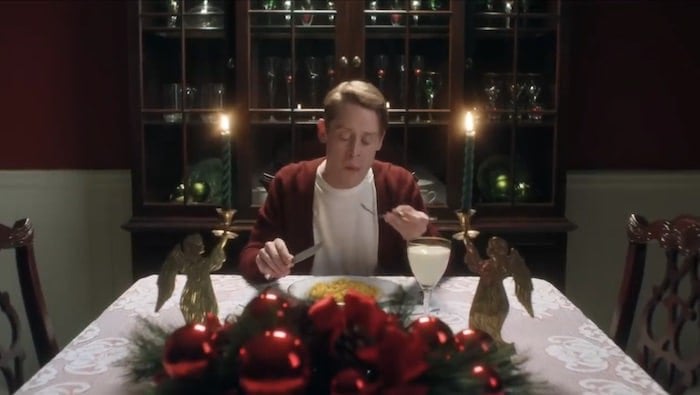 The ad recreates some of the most iconic scenes from the movie but with Google Assistant in the frame this time. For instance, the part of the movie where little Kevin applies aftershave on his face and screams – the ad has the older Kevin run out of aftershave, and then ask Google Assistant to add this to his shopping list. Then he is jumping on the bed (again, just like in the movie) but the older Kevin is, of course, an adult and knows he would have to wash the sheet after this so, he asks Google to remind him to do that. There is also the recreation of the scene between Kevin and the Pizza delivery guy, only this time he is more tech-savvy and has already paid online. Lastly, as the clock hits 9, the older Kevin continues to eat his dinner and puts Google Assistant to use by telling it to begin operation “Kevin.” The temperature of the doorknob rises up, the figurines start to move, the music starts playing, and this, of course, scares the burglars in the van outside (they are there) away. The ad ends with a text saying “Make Google do it” followed by the company’s logo.

We love how the company has just added the virtual assistant to whole plot as if the initial script had been written while keeping in mind that someday Google will need it for its virtual assistant’s ad. It just fits in perfectly. We like that Google has chosen to show Kevin as what he would be now, how the character has grown up, and how growing up has changed him, instead of forcefully recreating the exact same set up by maybe using another kid or making Kevin act like one. But what we love the most is how it all goes back to the movie and its iconic scenes – that aftershave bit, jumping on the bed, the cutouts (same as in the film), making the ad so familiar yet so new. 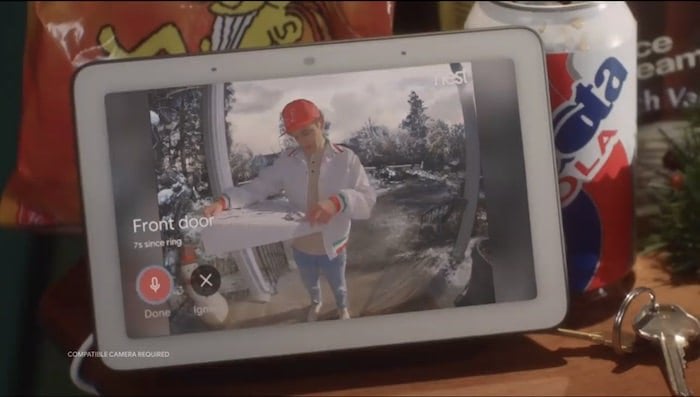 The ad may initially hit you as a Home Alone movie part second or something, but you soon realize that the lead, Google Assistant’s presence is what really makes the ad special. It is what makes the ad clever, and the whole new Home Alone experience refreshing. And to be honest we did not think it could be improved any more solely because the movie is pretty perfect (so judge us, if you wish). Google just took a perfect movie and turned it into a perfect ad. The one-minute ad features the Assistant enough times for people to understand and remember that at the end of the day, it is a Google Assistant ad. That and the fact that Google along with the Assistant has very subtly highlighted a number of Google Assistant compatible products like the Google Home and the Pixel 3 XL (the company had initially put up a very thick bezel Pixel looking smartphone in the ad but after a lot of criticism flew their way in merely 24 hours, the company edited the bit perfectly). 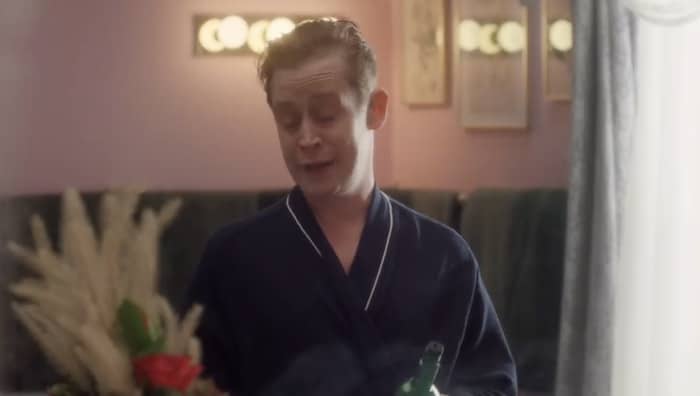 The one-minute ad is loaded with nostalgia and Google Assistant. It also answers one of the many common questions that people have: what all one can do with a voice assistant. The ad shows how the assistant can help you manage your calendar, fix temperature of your home, add stuff to your shopping list, turn of lights, music. Yes, you need a lot of smart equipment for it but, it definitely can be done. Even if you are home and well, alone.

Home Alone Again with Google Assistant is exactly what the name spells. Had this been a movie, we are sure it would do just as good as the original one, if not better (now, that’s an idea!).

(For those who have lived under a rock all this while, we are not being disrespectful, just an iconic dialogue from the movie and ad. Hey, we HAD to add some Home Alone to this write-up, right?)

Was this article helpful?
YesNo
TechPP is supported by our audience. We may earn affiliate commissions from buying links on this site.
Read Next
How to Split Screen on Chromebook [3 Easy Ways]
#google #Google Assistant #Tech Ad-ons