Having seen multiple leaks of the Nokia 9 Pureview for months together, the penta-camera beast can now be seen in a leaked promotional video showing off some of its capabilities. The video has been uploaded by MySmartPrice soon after tipster Evan Blass showed off leaked renders of the smartphone this morning on Twitter. 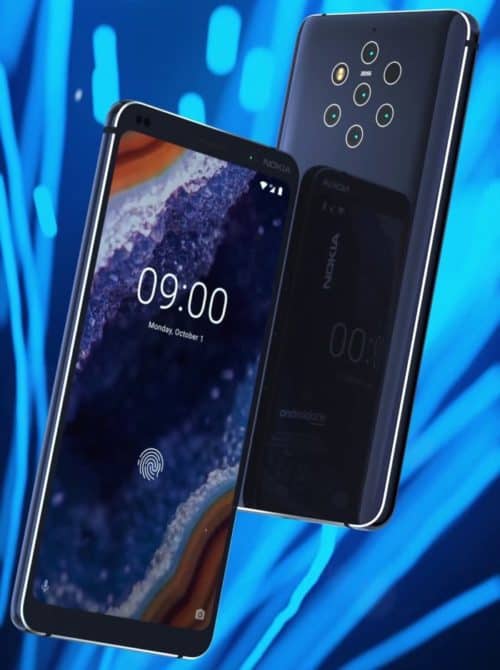 The video, which is interestingly shot in portrait mode, is possibly meant to be marketing material for social platforms like Instagram. As per the leaked video, the Nokia 9 will sport 5 cameras with Zeiss optics, hence the name “Pureview” which also confirms the speculations we’ve been hearing from the rumor mills. The camera arrangement is claimed to take 5 simultaneous shots to produce an image with up to 10x more light when compared to a normal single camera smartphone. Nokia is also boasting of the ability to refocus on certain parts of the image once you capture the photo which can be really handy depending on what you want in focus and which part of the image you want blurred out as bokeh.

On the front, Nokia claims a “full edge-to-edge” display which is of course not the case as there certainly are bezels on the top and bottom. If you hate the notch, however, there’s good news as Nokia has decided against it despite having a notch on a lot of their other phones lately. The display itself is a 5.99-inch panel with a 2K resolution and support for HDR10. The display will also have the fingerprint scanner embedded underneath.

As with every recent Nokia Device, the Nokia 9 Pureview will be a part of the Android One program and will come with Android 9 Pie out of the box and will receive two major Android version upgrades. There’s also (that misleading) free unlimited storage for Google Photos that comes bundled with every Android One device.

However, one interesting (maybe disappointing to some) aspect is that according to the video, the Nokia 9 Pureview is said to come with a Snapdragon 845 SoC which is almost at the end of its life cycle as the Snapdragon 855 has already been announced and will be seen in almost every flagship launched in 2019. There will be 6GB of RAM and 128GB of onboard storage. There’s also support for Qi wireless charging.

Since the leaked promo has surfaced online and we have been seeing renders for quite a while now, we can expect Nokia to launch the Nokia 9 Pureview soon into the market, especially with MWC right around the corner. Yes, there are so many new smartphones we are looking forward to in 2019, but Nokia 9 has surely shot up that list.