It’s that time of the year again when hundreds of thousands of people come together to attend the world’s biggest annual trade show — the Consumer Electronics Show (CES). For those unaware, CES is an event hosted annually for companies of varying scale and niche to exhibit their products, devices, and services, which lay a benchmark for the forthcoming products throughout the year. The event takes place at Las Vegas, Nevada, and starts off next week. With a few days left for the event, here’s a list of what we think could be the center of attraction for both the companies and consumers. 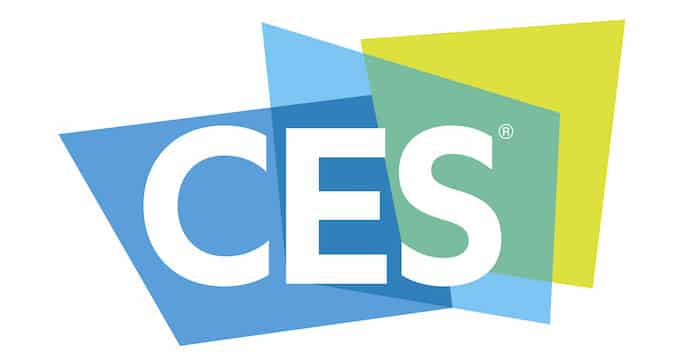 Over the past few months, there’s been a lot of hype and anticipation around the 5G network. Mainly because most of the smartphone manufacturers are considering adding 5G support on their devices to get faster and better connectivity. Not just the smartphones but various other devices and services can take advantage of the 5G network to take their game a notch further. According to some reports, AT&T and Verizon are expected to take up the stage at the keynote to demonstrate the different ways in which 5G can impact industries like automobile, tech, enterprise, entertainment, etc. 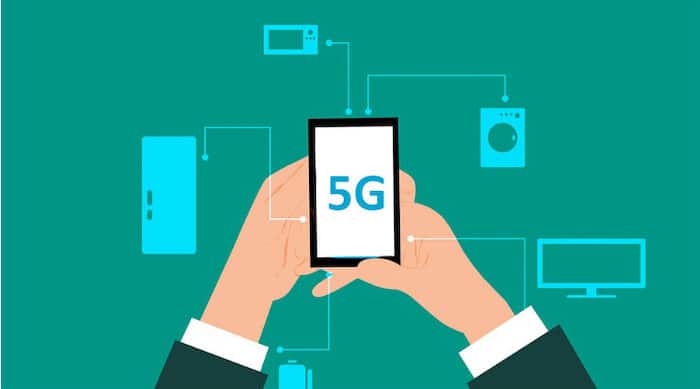 However, a thing to note here is that, even though some manufacturers could add support for the 5G network on their upcoming smartphones, it wouldn’t be until the year 2020, that we could see any wireless networks available worldwide at their full potential. Nonetheless, with so much build-up, this year’s event is expected to revolve around 5G and its different applications in improving various industries.

While the majority of major smartphone announcements happen at MWC which takes place next month, we are expecting a few from CES as well. Based on what the trends suggest, it’s highly likely to see some of the smartphone manufacturers come up to showcase a few concepts around the foldable display technology on their smartphones. One of the most anticipated ones comes from a Chinese company, called Royole, which plans to show-off the foldable display technology on their concept smartphone. 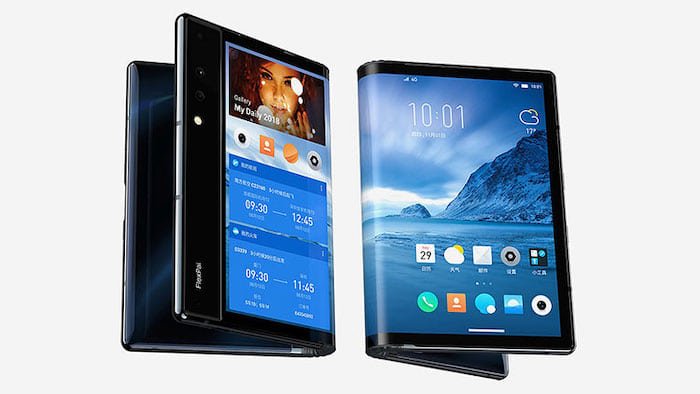 Apart from phones with foldable displays, recent smartphone leaks and launches hint at a new kind of display which can be termed as a ‘notch-alternative’. The year 2018 saw smartphone manufacturers adopting the notch and blatantly asking consumers to embrace it. Mostly, to accommodate some of the essential hardware required for the working of a few functionalities like the camera, face-unlock, earpiece, etc.

However, towards the end of the year, we saw some of the manufacturers coming up with alternatives that seem less of a gimmick and actually work towards achieving a bezel-less design. From notches getting smaller, to home button getting removed, to cameras popping and sliding out, to displays getting holed to hold the front camera, we’ve seen it all. As it stands, we could expect this year to mark the end of the notch and probably give rise to a new trend of displays, called the punch-hole display, with a hole on the top part of the display to accommodate the front camera.

With people barely getting used to consuming and creating 4K content, companies like LG, Samsung, Sony, and others are expected to adopt the 8K resolution and convince consumers on making an upgrade to their televisions. However, as of now, there isn’t enough content available to demonstrate the 8K quality on these televisions. Considering 8K televisions could roll-out sometime around the third quarter of this year and people start making purchases, another constraint that could eventually halt the sales is the adoption of HDMI 2.1, which offers higher bandwidth than the current version, 2.0, and is necessary for being able to watch 8K content from an external device.

Talking about the display technology behind these televisions, we can expect LG to stick with its signature OLEDs, while Samsung takes advantage of its QLED panels. There are rumors that suggest Samsung could launch a new consumer-oriented television based on its Micro-LED powered ‘The Wall’ panel demonstrated last year.

Drones have become a unique tool in the everyday life of a lot of people and have completely revolutionized the way they capture their surroundings. More recently, people have started considering drones as less of a toy and more of a utility product that helps them in accomplishing what was otherwise not possible or difficult to achieve. One of the industry leaders in the drone industry, DJI, who has gotten a lot of attention at CES over the years with some of the best drones in the market, is surprisingly quiet this time around.

The company hasn’t released a drone in the market for some time now and there aren’t any clues hinting towards anything from them at the event. However, that opens up the opportunity for a lot of other drone manufacturers in the market to showcase their best at the event and probably grab some attention. And also provides customers with more options to choose from. With drones capable of shooting 4K using AI, to drones being able to shoot videos underwater, there’s a slew of opportunities for the new companies to show what they can bring to the table. 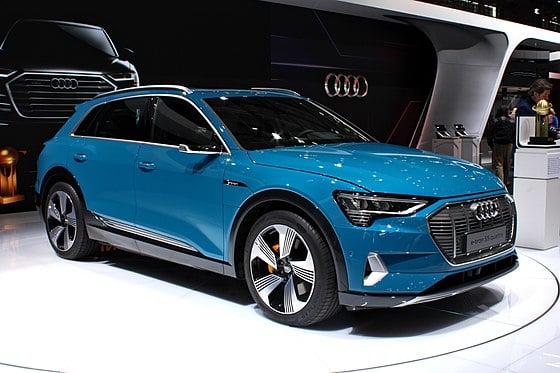 Until a few years back, the Detroit Auto Show used to be the most prominent show when it came to auto-industry announcements. However, that’s not the case anymore, as the title has now gone to CES since the past couple of years, mainly because of a lot of automobile companies turning-up to the event to showcase their high-tech cars. Similar to the previous year, a lot more car manufacturers are expected to show up at the event this year, primarily focussing on the self-driving cars. Companies like Audi and Mercedes-Benz are expected to bring their electric SUVs, while Hyundai is expected to bring a new concept car that walks on legs. In addition to cars, we can also expect to see some cool scooters, aimed at providing a hassle-free commute. Unlike last year, this year, the majority of focus of the companies would be more on the underlying software and hardware, instead of a completely new concept or technology.

Smart home appliances have always been one of the top trends at CES and unlike every year, this year, it would be more focused on improvements and bringing more devices together. Apart from Amazon Alexa and Google Assistant, the two top players that are at the center of attraction when it comes to smart devices, a lot of new small startups are expected to make a dent at this year’s event with their smart-and-connected devices. A whole new range of smart devices like smart clocks, fridges, doorbells, microwaves etc, are also anticipated to end up on the show floor this year. In addition to the new devices, we could also expect to see some updates and improvements in the smart speakers launched last year.

Apart from some of the most anticipated and trending topics of attraction mentioned above, there are a few more sectors that could see some improvements and new additions at this year’s CES.

The PC industry could see manufacturers adopting the latest and greatest CPUs and GPUs from the likes of Intel, AMD, and Nidia. The 5G storm could also hit the laptop industry and we could see manufacturers going after adding 5G capabilities on their laptops. That said, there isn’t much to expect at this year’s event with the PC industry, apart from a few improvements and refinements.

The Health and Fitness industry is always watched-out for at CES and aims at providing health and fitness related data and metrics to its users to help them have better control of their wellbeing. This year is no different, as we expect to see some new devices aimed towards providing better monitoring and data metrics to grab consumer’s attention. Especially with Apple’s added ability to capture ECG right of the wrist on its Series 4 Apple Watch, the bar has been set a notch higher for other players in the industry.

The VR industry used to be the centre of attraction at CES a few years back when companies like Oculus showed-off the future of computing and gaming that the VR industry holds. However, things are starting to slow down with this industry, and the attention span of consumers has now shifted to AR. Moreover, there’s isn’t much at the companies end for VR to showcase. With improvements in AR and the likes of Animoji, ARemoji, filters, headsets etc becoming more streamlined, we could expect to see some apps, prototypes, and hardware for AR at this year’s event.

CES 2019 begins Jan 8 at Las Vegas Convention Centre, Nevada (US). Stay tuned with TechPP for full coverage of the event.

The Most Impressive CES 2019 Announcements So Far
Read Next

WWDC 2019: What to Expect at Apple's Upcoming Developer…
[Stat Stories] The iPhone Rules 2019 and Q4 2019, as Xiaomi…
OnePlus set to make its CES debut with the OnePlus Concept…
iPhone 2007 to 2019 edition: Why the iPhone remains special!
JioPhone Discounted to Rs 699 for JioPhone Diwali 2019 Offer
Black Friday 2019: Best Deals on Smartphones, Tablets,…