A day after announcing the new Fire TV Stick bundle, Amazon has today brought the Echo Input to India. Originally announced a few months ago at the company’s annual hardware event in Seattle, the Echo Input is a tiny hockey puck-sized device which can turn any speaker into an Alexa-capable smart Echo device. It’s priced at Rs 2,999 and is now available on Amazon India as well as a few offline stores such as Croma, Vijay Sales, and more. There are also a bunch of combo offers which let you avail a discount of up to Rs 2,999 on speakers from JBL, Bose, and Logitech. 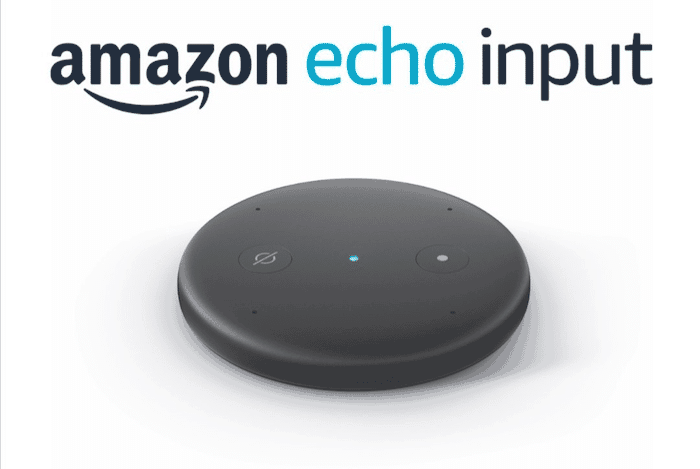 The way Echo Input works is rather straightforward and you can think of simply an Echo Dot minus the speaker — similar to the now-defunct Chromecast Audio. You plug it in a dumb speaker through a standard 3.5mm cable or Bluetooth. Go through the setup process on the Alexa app installed on your phone and you’re all set. You can start talking to the Echo Input (which has an array of four microphones) like any other normal Echo Dot device and it will redirect the responses and other audio to the connected speaker. The Amazon Echo Input can also supplement your existing Echo Dot setup since its multi-room capabilities let you pair all of them together for a better, richer sound.

Speaking further on the launch, Jayshree Gururaj, Director, Amazon Devices, stated, “Our customers tell us that they love the convenience of being able to ask Alexa to play music, get information, control smart home devices, and much more. With Echo Input, we are giving users even more options to choose the best Echo device for their needs. Adding Echo Input to your existing speakers is the easiest way to begin your voice-first experience with Alexa.”

Was this article helpful?
YesNo
TechPP is supported by our audience. We may earn affiliate commissions from buying links on this site.
Read Next
12 Best Audible Alternatives: Top Free or Cheap Audiobook Apps [2022]
#Amazon #Amazon Echo Input