After hearing rumors about an apparent Xiaomi smartphone running on the Android Go platform, we now have an elaborate leak in the form the official spec sheet of the device itself, which is going to go by the name of Redmi Go. Let’s take a look at the device below. 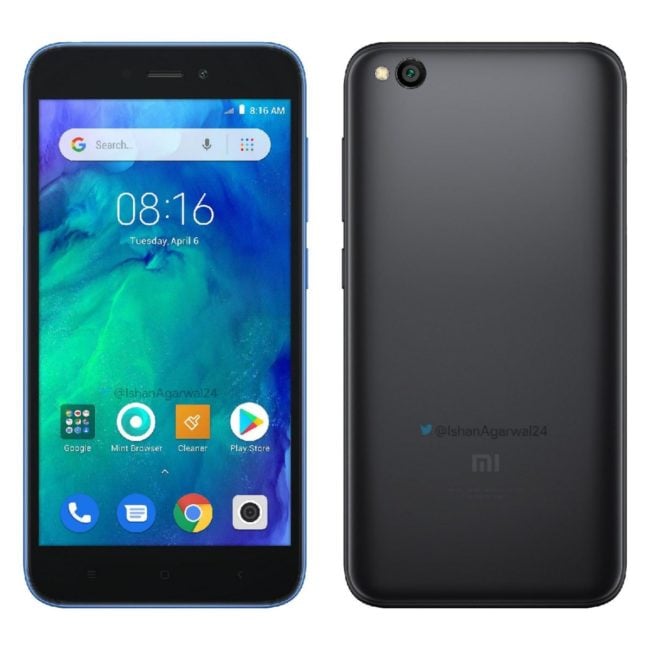 The renowned tipster, Ishan Agarwal, in his tweet has made all the necessary information about the phone public. The official announcement is said to happen in the coming weeks, and the leak comes soon after Xiaomi announced that Redmi will now operate as a separate brand. 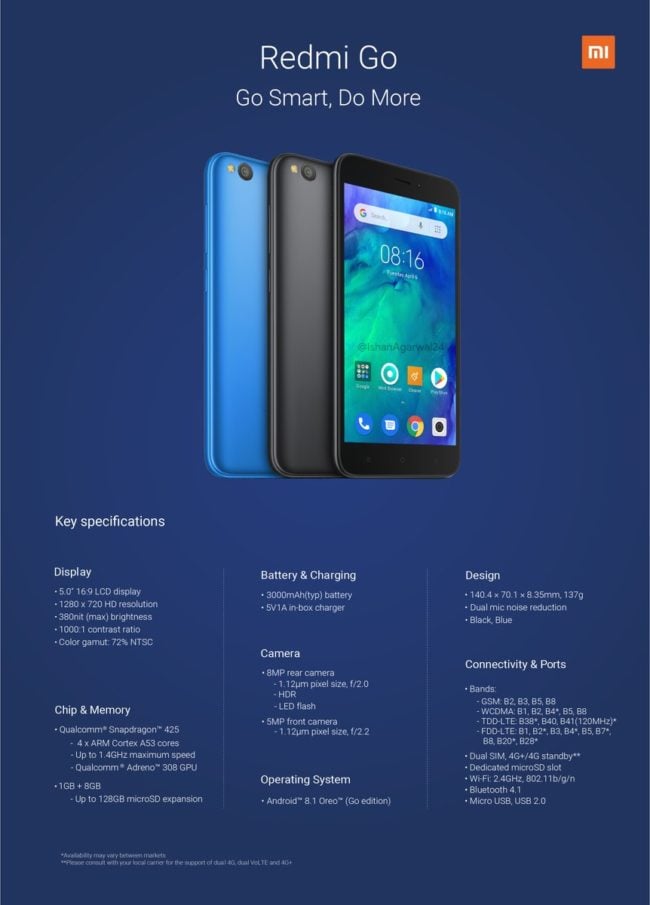 Talking about specs, the Redmi Go will sport a 5-inch 1280 x 720p LCD display with the older 16:9 aspect ratio, given that it is a budget-oriented device. The chip underneath is Qualcomm’s entry-level Snapdragon 425 which is the same as the one found on the Redmi 4A and 5A. Unlike those two phones, however, the Redmi Go will come with just 1 GB of RAM, but running on Android Go will ensure the phone performs smoothly.

There’s 8 GB of internal storage which can be expanded via a dedicated micro SD card slot. The battery powering the internals is rated at 3000 mAh and given the low-end internals, should fare well in everyday usage. The rear shooter is a single 8 MP sensor with an aperture of f/2.0. There’s also a front-facing camera with a resolution of 5 MP and f/2.2 aperture.

The Redmi Go will run Android 8.1 Oreo (Go Edition) out of the box, which is disappointing given that Android Pie has been out for a while and the software is completely stock. The Redmi Go will be completely constructed out of polycarbonate and will be available in two color options – Black and Blue.

While there is no official word about regions where it will be made available, it’s safe to say that the Redmi Go will be launched in India at an affordable price tag, presumably below the Rs. 4,500 mark and will be aimed at first-time smartphone users switching from feature phones.

TechPP is supported by our audience. We may earn affiliate commissions from buying links on this site.
Read Next
Redmi Pad Review: Just Buy It!
#Redmi #Redmi Go #xiaomi