The last few quarters have been a bit chaotic for Samsung as it struggles to hold on to its position in India. But the Korean giant is kicking off its 2019 with full throttle and has introduced a couple of new locally manufactured phones in India. The new M series is targeted at India’s most popular budget price segment and offers all the trappings you would expect such as a tiny notch. 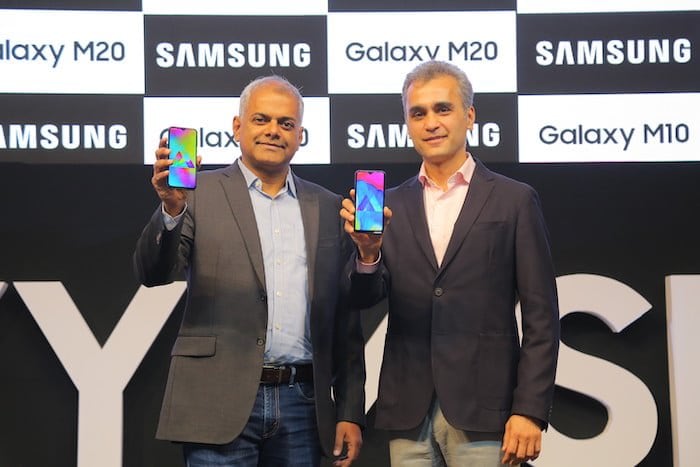 The most affordable of the bunch, the Galaxy M10 starts at Rs 7,990 and comes with a 6.2-inch 720p screen. It’s powered by Samsung’s own Exynos 7870 chipset and has up to 3GB of RAM. There are two cameras on the rear — a 13-megapixel primary sensor paired with a secondary 5-megapixel ultra-wide lens. 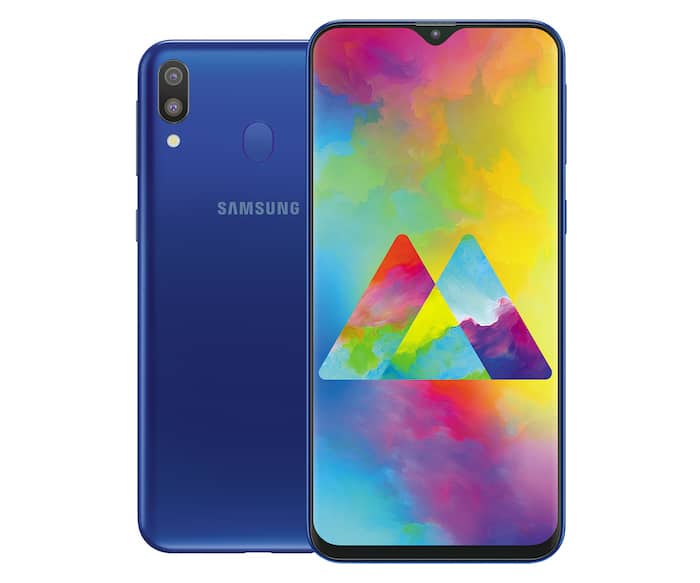 The Galaxy M10 runs on a 3,400mAh battery and is preloaded with Android 8.1. Of course, on top of that, you will find the custom Samsung Experience UX skin too. On the front, there’s a 5-megapixel camera for selfies. Sadly for authentication, you will have to rely on the software-based face unlock feature since for cutting down costs, Samsung has axed the fingerprint reader on the M10.

The Galaxy M20, on the other hand, features a larger 6.3-inch 1080p display and has a starting price of Rs 10,990. It draws power from a more powerful Exynos 7904 chipset, up to 64GB of storage, and will be available in 3GB or 4GB RAM options. The dual-camera setup present on the back houses a 13-megapixel f/1.9 lens and another 5-megapixel f/2.2 ultra-wide lens.

The other big upper-hand the M20 has in the battery department. It offers a massive 5000mAh pack which is compatible with 15W fast-charging as well. On the front, you will find an 8-megapixel selfie camera.

While Samsung has managed to pack a decent set of hardware on the new M series phones, its most critical challenge will be Xiaomi’s forthcoming Redmi Note 7. The Redmi Note 7 comes with specifications that are better in nearly every aspect but it remains to be seen whether it will be launched in the same price segment as the M10 and M20.

Speaking on the launch, Asim Warsi, Senior Vice-President, Samsung India, said: “Galaxy M smartphones are powerful and stylish, and have been designed to cater to the aspirations of today’s tech-savvy millennials. With these new devices, we have dialed up a really powerful experience in every dimension. Today’s millennials want a smartphone that is lighting fast, runs longer and comes loaded with the latest innovations. Meaningful innovation and customer-centric approach form a part of our very DNA and the new Galaxy M series is an embodiment of that commitment.”

Was this article helpful?
YesNo
TechPP is supported by our audience. We may earn affiliate commissions from buying links on this site.
Read Next
Samsung Galaxy Unpacked 2023: Galaxy S23 Ultra with 200MP, Galaxy Book 3 with...
#samsung #Samsung Galaxy M10 #Samsung Galaxy M20