Apple first introduced Portrait Mode on iPhone with the launch of iPhone 7 Plus, the first smartphone from the Cupertino tech giant that bore dual cameras. Ever since then, Portrait Mode, by itself has become a USP. In the last couple of years, we have seen companies release their own version of Portrait Mode and how they deal with bokeh. While now the feature is available on every dual camera sporting smartphone, it does not mean that the pioneer of the mode has lost interest in it.

Apple recently released a short ad to remind us how it does bokeh on the iPhone. But does it bokeh-out its competition?

“Who is blurred out there in the background?”

“Depth Control — Bokeh’d” is a 38-second spot that begins with a small group of moms sitting and scrolling through the pictures of their kids. As one of them is swiping through the pictures, the second mom notices something in a photo and asks her friend about the blurred out kid in the background. In a split second, she realizes that it is her kid that her friend has bokeh’d out in the picture. This makes the situation a little awkward and while the woman (with an iPhone XR) tries to save the situation by telling her friend that it was unintentional and how she can “bokeh and un-bokeh” her kid in the background. But all the effort goes in vain as the mother of the bokeh’d child remains super upset while the third mother in the group looks confused. 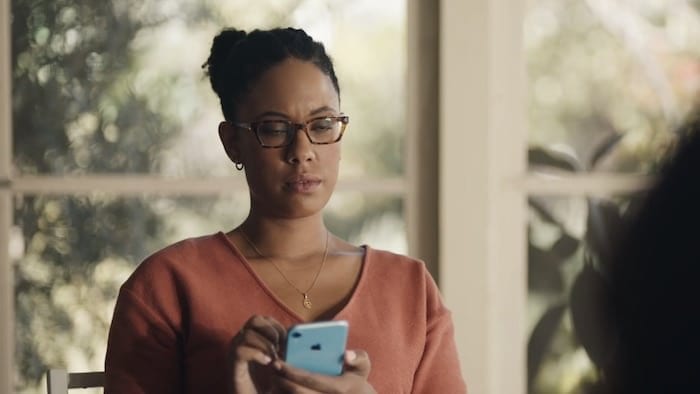 “Depth Control” followed by “iPhone XR and iPhone XS” text appears on the screen. The ad ends with AT&T and Apple’s logo.

“Bokeh- UnBokeh” all you want

Portrait Mode and bokeh are two very popular and almost marketed to death elements of any dual camera composition and while we are pretty tired of the basics where companies tell you how magical their version of the Portrait Mode is, we like Apple’s fresh, casual approach to highlight the feature.

It is nice to see how the ad is based on a slice of life which can happen to any of us at any time. Yes, others might not get as offended but the situation can sure be awkward, which is where we really felt the ad. 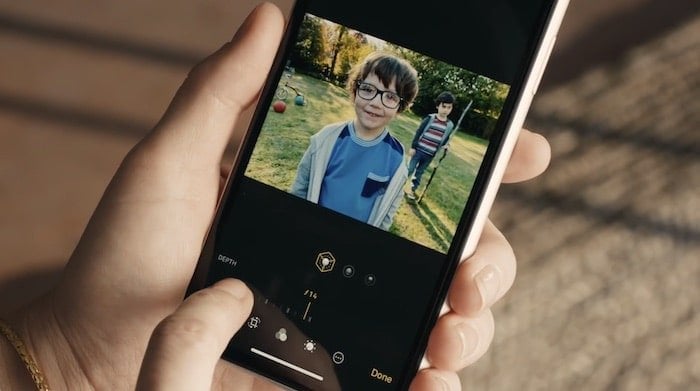 It is not mind blowing or as grand as some of the ads Apple has created in the past, especially the ones with unrealistic situations and magical touches. Instead, this one is coming straight out of a “Soccer Mom’s” daily life and is kind of funny.

Some might feel like the ad does not highlight the phone or its feature enough but we think, it very subtly highlights the bokeh feature. While the awkward conversation between the two moms is very engaging, Depth Control still remains the hero of the spot.

The storyline just casually slips the feature into the conversation between the two ladies and it fits perfectly. We like how the lady with the iPhone explains the feature and how it works for those who did not know about it yet. Because yes, people know about the iPhone’s Portrait Mode but not many know that now you can actually change the intensity of bokeh in your picture.

The company has used iPhone XR in the ad which we think is a clever move as people often think that because the XR is a single camera phone, it does not come with Portrait Mode, which is not true. So, it answers one of those questions about the XR in the ad, as well.

While it may not be very Apple-like in terms of the storyline but the ad is only about the 30 seconds long and very to the point and simple, landing it exactly in the Apple-ad zone. The three Ss’ the brand always takes care of, remember? Short, simple, straight forward. 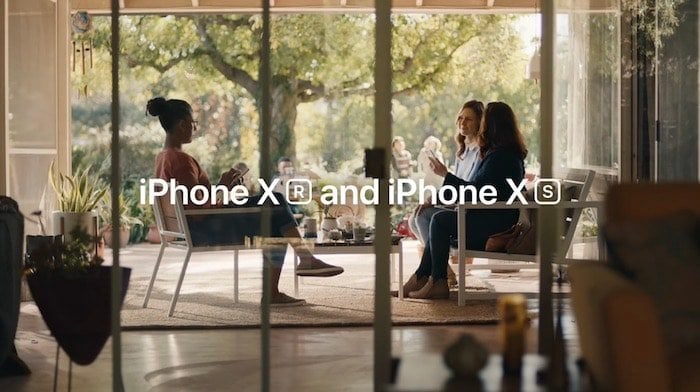 There is no quantum physics involved in this ad. It is as basic as it gets and we love it for that. It is uncomplicated and short. It does not scream product, features of specs on top of its lungs but very cleverly puts one of the USPs of the new iPhones out there, letting people know that just blurring the background is NOT all you can do while using Portrait Mode on the new iPhones. Apple might have bokeh’d the kid out of the picture, but bokeh itself remained firmly in focus (pun intended).

Was this article helpful?
YesNo
TechPP is supported by our audience. We may earn affiliate commissions from buying links on this site.
Read Next
Alert! You’re Hiding Sensitive Information From Your Images on iPhone W...
#Ad Review #apple #Apple iPhone XS #Tech Ad-ons