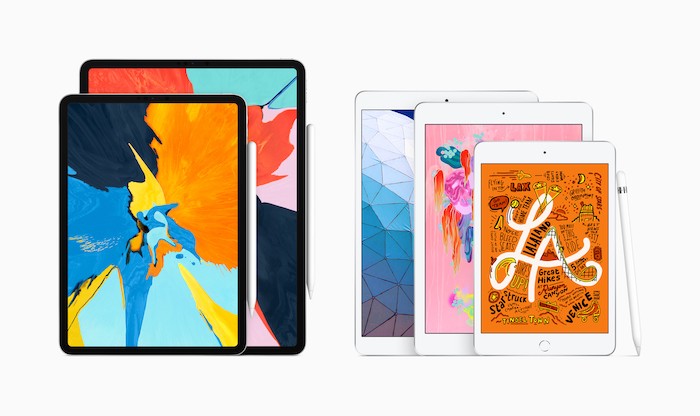 The iPad Air sports an ultra-thin design with a 10.5-inch display, the A12 Bionic chip with Apple’s Neural Engine, which is claimed to deliver 70 per cent boost in the performance and twice the graphics performance. It comes with the advanced Retina display with Apple’s True Tone technology and support for first-generation Apple Pencil. It can be said that for the most part, the new iPad Air is pretty much similar to the previous model, except for the increase in its display size. As for the rest of the specifications, it is the same as the older model and comes with TouchID for authentication, a lightning port for charging and data transfer, and a 3.5mm audio jack. Talking about the camera, the specifications are similar to the older model, with an 8MP camera on the rear, that is capable of shooting in 1080p, and a 7MP camera on the front for FaceTime calling and selfies.

On the other hand, the iPad Mini gets a major upgrade, with the new A12 Bionic chip, that claims to improve the performance speed by up to three times and the graphics speed by up to nine times. Similar to the iPad Air, the iPad Mini also comes with Apple’s True Tone technology and support for first-generation Apple Pencil. This upgrade from the company marks the fifth-generation of the iPad Mini, which was earlier refreshed back in the year 2015.

“iPad continues to provide magical new experiences for a growing range of uses where it is the absolute best device, from playing games in augmented reality to note-taking and drawing with Apple Pencil, from streaming HD movies and editing 4K films to learning to develop apps with Swift Playgrounds”

As for India, the iPad Mini Wi-Fi model and Wi-Fi + Cellular model cost Rs 34,900 and Rs 45,900, respectively, and the iPad Air Wi-Fi model and Wi-Fi + Cellular cost Rs 44,000 and Rs 55,900, respectively. The devices will be available in India, starting next week. Alongside the two new iPads, Apple is also selling its accessories, namely the first-generation Apple Pencil for Rs 8,500, the Smart Keyboard with over 30+ language layout for the iPad Air 10.5 at Rs 13,900, Polyurethane Smart Covers in Charcoal Grey, White, Pink Sand, and Papaya colours for the iPad Mini at Rs 3,500, and for the iPad Air at Rs 3,700.