Samsung has just launched a new smartphone in its A-series devices, the Samsung Galaxy A20. With the launch of the new smartphone, the A-series in India now includes the Galaxy A10, Galaxy A20, Galaxy A30, and Galaxy A50. The highlighting features of the Galaxy A20 include an Infinity-V Super AMOLED display, Exynos 7884 Octa-Core chipset, and a dual camera setup on the rear. 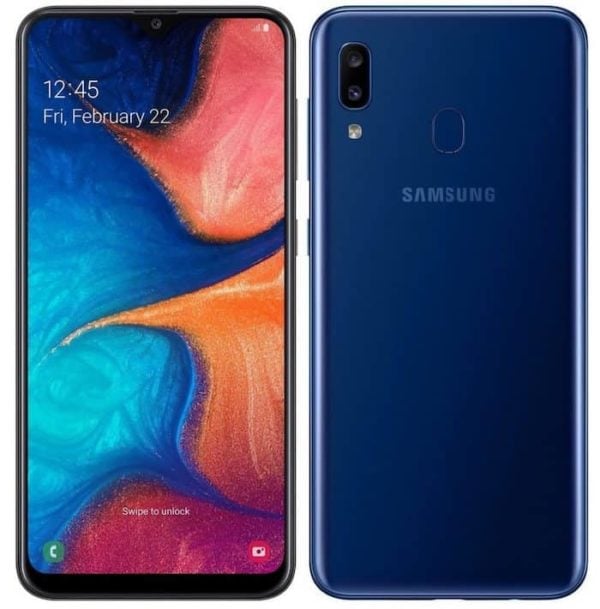 The Samsung Galaxy A20 features a 6.4-inch HD+ Super AMOLED Infinity-V display with a screen resolution of 1560 × 720 pixels and a waterdrop notch. Under the hood, it is powered by an Exynos Octa-Core 7884 chipset, paired with 3GB of RAM and 32GB of internal storage (expandable up to 512GB using a microSD card). In terms of other hardware, the Galaxy AA20 comes with dual 4G VoLTE, Bluetooth 5, GPS + GLONASS, 3.5mm audio jack, and a rear-mounted fingerprint scanner for authentication. The device has a whopping 4000mAh battery with 15W fast-charging support and runs on Samsung’s One UI based on Android 9.0 Pie.

Coming to the optics, the Galaxy A20 sports a dual camera setup on the rear with a 13MP primary sensor with f/1.9 aperture and a 5MP 123° ultra-wide angle sensor with f/2.2 aperture. On the front, it comes with an 8MP sensor with f/2.0 aperture for selfies.

Samsung Galaxy A20 Price and Availability

The Samsung Galaxy A20 comes in three colours: Red, Blue, and Black with only one RAM and storage configuration, 3GB + 32GB, and is priced at Rs 12,490. It will go on sale starting April 10 on Samsung’s official website, a few e-commerce platforms, and retail stores in the country.

Was this article helpful?
YesNo
TechPP is supported by our audience. We may earn affiliate commissions from buying links on this site.
Read Next
Samsung Galaxy Fold 4 Tips and Tricks: Get the Most Out of Your Phone
#samsung #samsung galaxy a20