The battle for premier Android supremacy

Huawei joined the premier flagship battle in India when it launched the P30 Pro at a price of Rs 71,990. At that price tag, the new Huawei flagship goes toe to toe with Samsung’s Galaxy S10+, which is available for Rs 73,900. Of course, both devices have their own pros and cons, but if you are in the market for a premier Android device, which one should you opt for? Well, here’s a very quick comparison of the two devices – based on our review of the Galaxy S10+ and our early impressions of the P30 Pro – to help you make up your mind: 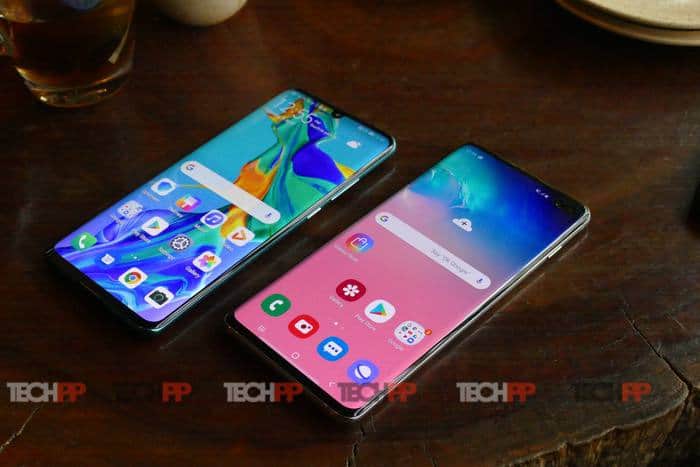 When it comes to design from the front, you might be forgiven for thinking that these two phones are long lost brothers of the same mother. They both have edge to edge displays which taper over the side. They both have glass fronts and backs, with a metal panel in the middle. They are almost of the same length too – the S10+ is 157.6 mm while the P30 Pro is 158 mm. The S10+ is slightly slimmer at 7.8 mm as against 8.41 mm, but the P30 Pro is less wide (73.4 mm as against 74.1 mm). The P30 Pro is heavier though: 192 grams against the 175 grams of the S10+. The backs, however, have different design languages – the Galaxy S10+ has the prism-like finish which reflects different colors when light falls on it, while the P30 Pro comes with the more popular gradient-like finish. The cameras on the back of the S10+ are also in a straight horizontal line in the upper central part of the back, while on the P30n Pro, they follow the vertical capsule like arrangement on the left corner. And then there are the notches – the S10+ has a dual punch notch in the right corner while the P30 Pro has a drop notch.

Both are very good looking. Both look premium. Both have IP68 ratings for dust and water resistance. Which you prefer is going to be a matter of choice – those wanting to really stand out might prefer the radical notch and camera arrangement of the S10+ but those wanting to go with the current trend of gradient finishes and drop notches will prefer the P30 Pro.

Both the S10+ and the P30 Pro come with brilliant displays, of almost the same size – 6.4 inches for the S10+ and 6.47 for the P30 Pro. And they are both bright AMOLED displays, that are dazzling when it comes to handling colors. The S10+ has a higher 3040 x 1440 resolution as compared to the 2340 x 1080 of the P30 Pro but runs on a lower, full HD+ resolution (2280 x 1080) by default. Honestly, just as in the case of design, it is very difficult to choose between the two. Although the P30 Pro’s display is brilliant in its own right, we must confess that we aligned more towards the S10+ because it simply seemed a little brighter and colorful. It is a very tight call here again, and we think personal preference will play a role – many might prefer the P30 Pro’s display simply because it has a relatively “normal” drop notch, as compared to the doubled punched notch on the left corner of the S10+’s display!

In house processors fight it out 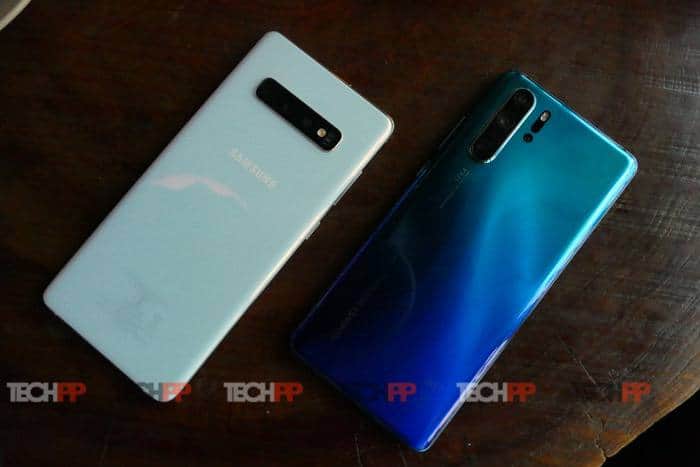 Both the P30 Pro and the Galaxy S10+ are powered by processors made by their own manufacturers – Huawei’s HiSilcion Kirin 980 and the Exynos 9820, respectively. Both are octa-core processors and in our experience, both are excellent chips, capable of holding their own against the best Qualcomm can throw at them. Both companies claim that their processors add special gaming and AI muscle to their devices, but honestly, it is yet again – isn’t this getting predictable – going to boil down tp what you really prefer. Either way, a flagship performance is guaranteed.

Sammy’s got the memory edge!

Both phones come with 8 GB RAM at base variants. Plenty for all the hefty multitasking that you might throw at them. The S10+ however also has a 12 GB RAM option. And when it comes to storage, the S10+ does seem to pull ahead a little – while the P30 Pro has 256 GB storage onboard, the S10+ has 128 GB, 512 GB, and even a 1 TB variant. Also, while both have an expandable memory card slot (which uses one of the two SIM card slots – a hybrid arrangement), the S10+ takes a microSD card up to 512 GB while the P30 Pro only supports Huawei’s new Nano memory card, of up to 256 GB.

But Huawei has them cameras 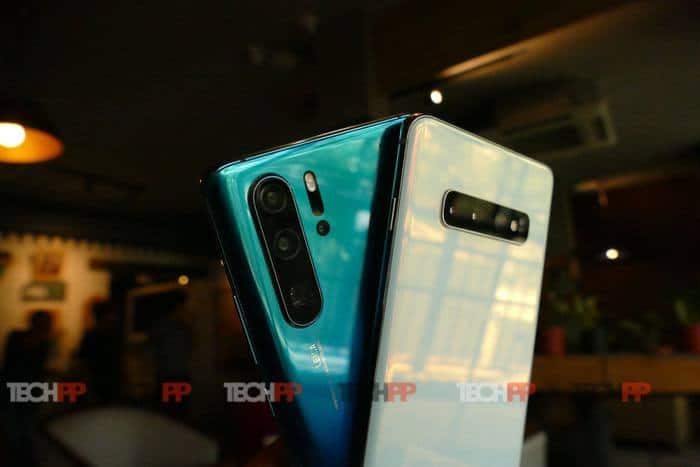 When it comes to cameras, both phones come literally jam-packed with sensors. Both have five cameras apiece – the P30 Pro has four (40, 20, 8 megapixels and a ToF) at the back and one (32 megapixels) in front, while the S10+ has three (12, 12 and 16 megapixels) at the back and two (10 and 8 megapixels) in front. And in terms of results, both phones deliver stunning results. However, the real battle comes down to the big zoom (5X optical and a massive 50x digital) on the P30 Pro and the 123-degree ultra wide camera of the S10+. We think the P30 Pro wins this one simply because while we simply have seen nothing like its zooming prowess on any phone camera. We also think that while both cameras match each other in broad daylight, the P30 Pro scores in low light with its crazy 409600 ISO count. It even nudges out the S10+ in selfies, in spite of having just one sensor against two of the S10+, although we felt video was a little better on the S10+. If cameras are your preference, the P30 Pro wins. And considering that the S10+ has awesome cameras, that just tells you how good the snappers on the P30 Pro are.

Both phones come with Android 9 out of the box. But with very different overlays. Samsung has tried to slim down its generally cluttered interface with a much sleeker One UI, but while there is no doubt that it is a massive improvement over its predecessor, we still think Huawei’s feature EMUI 9.1 holds the edge here. It simply lets you do more and in a smoother manner, and this becomes particularly obvious in situations like the camera app. Samsung could bridge the gap in the coming years but as of now, the advantage is certainly with Huawei. 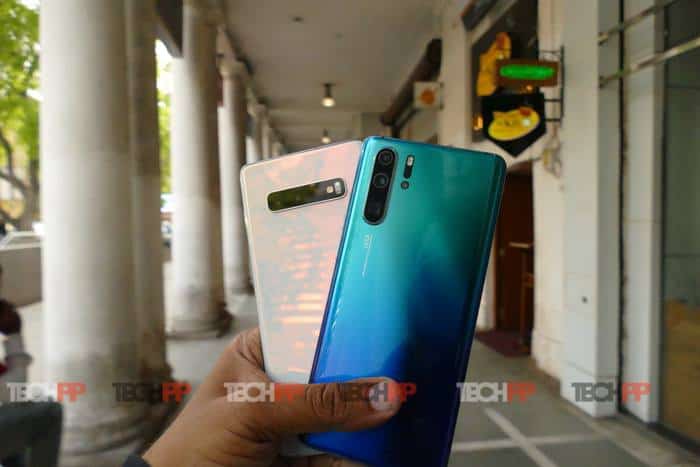 Both the S10+ and the P30 Pro are very evenly matched when it comes to gaming. Those powerful processors and loads of RAM means that they can handle high-end gaming without breaking into a sweat (although the S10+ does tend to heat up a little under gaming stress – nothing alarming). And the fact that both phones have brilliant displays just makes games look outstanding. The double notch of the Galaxy S10+ gets a little in the way sometimes, but one gets used to it. Again, there’s not much to separate the two devices.

The S10+ has got the sound…and an audio jack

One area where the S10+ has a clear advantage over the P30 Pro is in having stereo speakers with Dolby Atmos support. The P30 Pro does have a very snazzy in-display speaker for calls apart from a speaker grille at the base, but in terms of quality, it really is no match for what the S10+’s dual speakers can offer. Even with sound over earphones, the S10+ gets a slight edge because unlike the P30 Pro, the S10+ has the good old 3.5 mm audio jack. Call quality on the P30 Pro does seem marginally better, but when it comes to regular sound, the S10+ is a step ahead. 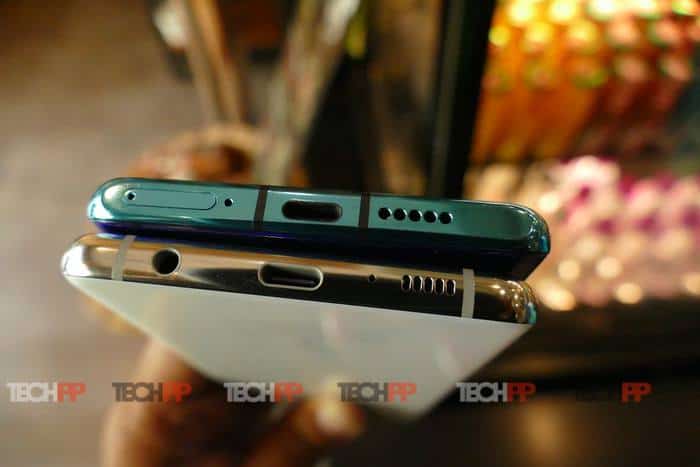 Both phones cancel each other out in connectivity terms. Both have 5G, Bluetooth, Wi-Fi and GPS, but the P30 Pro has a slight edge in terms of offering an infrared blaster. But if that is not a deal breaker, both phones are on the same level.

The fingerprint scanner of both devices resides under the display. Samsung claims to have a more secure “ultrasonic” fingerprint scanner, but in terms of sheer performance so far, we have found the one on the P30 Pro to work more smoothly. The fingerprint unlock process on the S10+ is a little erratic although a few software updates have improved matters.

Batteries that charge both ways 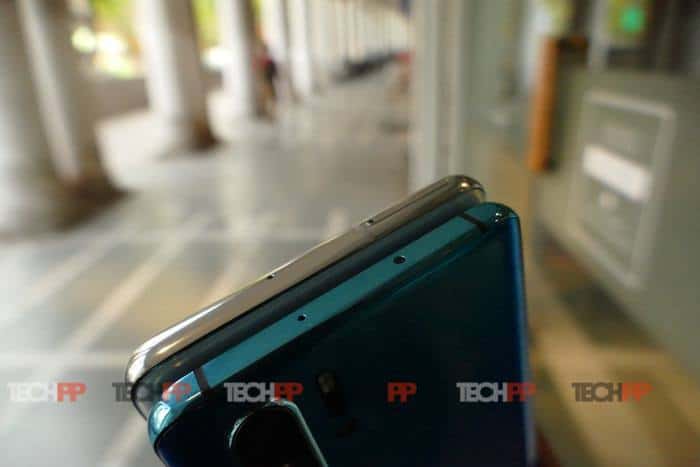 Both the S10+ and the P30 Pro come with relatively large batteries – 4100 mAh for the S10+ and 4200 mAh for the P30 Pro. And they both come with support for fast charging as well as wireless charging. What’s more, they both can also charge devices wirelessly by just placing them on the back of the phone – although both do it so slowly that this is reduced more to a party trick than an actual function. In sheer mAh terms, the P30 Pro might seem to have a slight edge but we doubt it is going to be a killer one.

Bucks for the bang 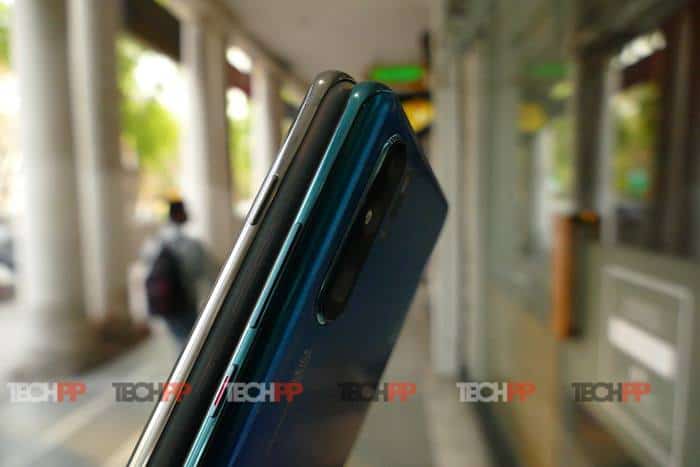 Which of the two phones you should go for, based on our experience of both so far, is really going to depend on how much you value photography, for in most other departments, the two match each other (the S10+ does have a clear sound edge, though). If you are just looking for a high-end Android, then you can almost simply toss a coin to decide, but if you are really looking to wreak some serious havoc with your phone’s camera, then the P30 Pro so far seems to be in a zone of its own. That said, the S10+ is the more conventional and comprehensive premium flagship, allying very good design and hardware with a 3.5 mm audio jack, a more popular expandable memory option, stereo sound, and a better display, and honestly, its cameras are brilliant too. It is crazily close, which shows just how far Huawei has come in the Android flagship segment.