OnePlus 7 Pro Price in India Tipped ahead of its Launch

The OnePlus 7 Pro, along with the OnePlus 7, is all set to launch globally on May 14th, but as always, details have started to leak much before the official announcements. Just a few days after most of the specs got leaked, we now know how much the Pro variant of OnePlus 7 will cost in India which is the company’s No.1 market. 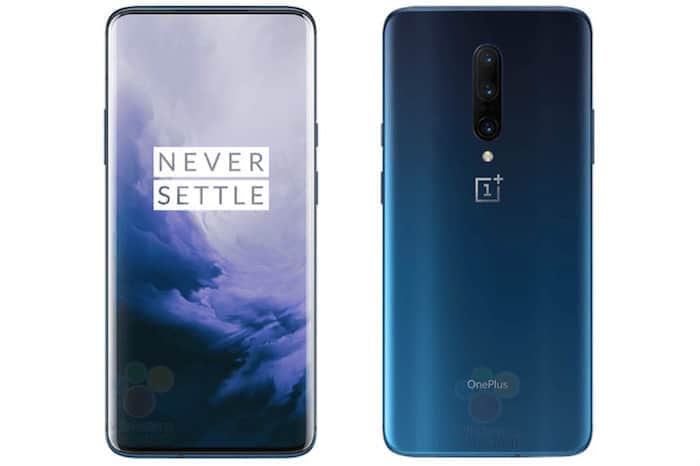 For the uninitiated, earlier leaks and official teasers have revealed that the OnePlus 7 Pro will come with a 90Hz QHD+ display, triple rear cameras (with a wide-angle and 3x optical zoom), a pop-up selfie camera, stereo speakers and a 4000mAh battery with 30W warp charger. Clearly, this is a major step up for the company and the pricing sort of reflect the same. The normal OnePlus 7 is expected to come with a waterdrop notch FHD display like the OnePlus 6T, dual rear cameras and no pop-up selfie camera.

Disclaimer- Prices MAY change before launch under some circumstances and I can't be 100% sure about such leaks.#OnePlus7 Pro #OnePlus7Series #OnePlusIndia pic.twitter.com/Rgo2oD8kpA

This will be the first time the Chinese company will have two smartphones to launch at the same time, a clear shift from their earlier stance of one flagship at a time (and two per year). It was clear for quite some time now that the company is aiming to go up the price ladder, but this will probably the very first time that they will actually be taking on the likes of Samsung and Apple with a truly-flagship smartphone and not just a flagship killer.

At these price points, OnePlus 7 Pro will be fighting it out with the likes of Samsung Galaxy S10e and Apple iPhone XR, which, to be fair, are considered to be the dumbed-down versions of the actual flagships – the Galaxy S10+ and iPhone XS Max respectively. Considering the leaked specs, OnePlus might still have a price advantage on a spec-to-spec comparison, but the challenge for them is the general perception in the mind of the customers of them being the ‘challengers’ and ‘flagship killers’.

OnePlus has consistently managed to top the Indian premium smartphone segment for most of the recent quarters and that’s because people have been more than willing to compromise on some key aspects of the smartphone like the camera and battery considering the OnePlus devices were priced significantly lesser than other flagships. If the OnePlus 7 Pro indeed manages to breach the Rs 50,000 mark in India, it better be equipped with some really good camera hardware if it hopes to have similar sort of success it has managed to achieve till now in the Indian market.

While we ponder over the OnePlus 7 Pro and its pricing, let’s not forget the OnePlus 7, which is a true successor to the OnePlus 6T which will launch alongside the Pro and is expected to start at either Rs 37,999 or Rs 39,999. What do you think about these pricings? Let us know the comments section below. Or tweet to us @techpp or @rajupp.