In 2004-05, Australia were scheduled to tour India for a Test cricket series. The Australians had not won a series in India for more than three decades, so much so that India was called the “final frontier” for the team. But this time, the team was confident of success. The reason for its confidence was the fact that it had in its ranks one of the fastest bowlers in the world Brett Lee. Yes, the team was packed with great bowlers (Glenn McGrath, Shane Warne, Jason Gillespie to name a few) but right through the build up to the series, the main talk was about Brett Lee. How his speed would intimidate the mighty Indian batting line up. Lee was featured in a number of promotions for the series and hyped up to the nth degree through media interactions.

Australia did win the Test series 2-1. Brett Lee did not play a single match.

Australia, in fact, used a lesser known but more effective bowler called Michael Kasparowicz in his place. But so much hype had been built around Lee that many felt that the Indian team had spent a lot of time preparing to combat him and as a consequence paid much lesser attention to other players. And far from depending on all out speed (as the focus on Lee had indicated), Australia actually opted for a slower, grinding down approach which caught India totally off guard. Lee indeed was their secret weapon. But he became really dangerous not because of what he did, but what he deflected attention from – the other bowlers in the team.

Yes, this is a tech blog. So why am I talking about cricket? Well, because something similar happened in the world of tech. A few hours ago, OnePlus launched two phones. One had been leaked and hyped to high heaven. The other’s existence had been acknowledged but little more. It was supposed to be nothing than the supporting act to the star of the show. 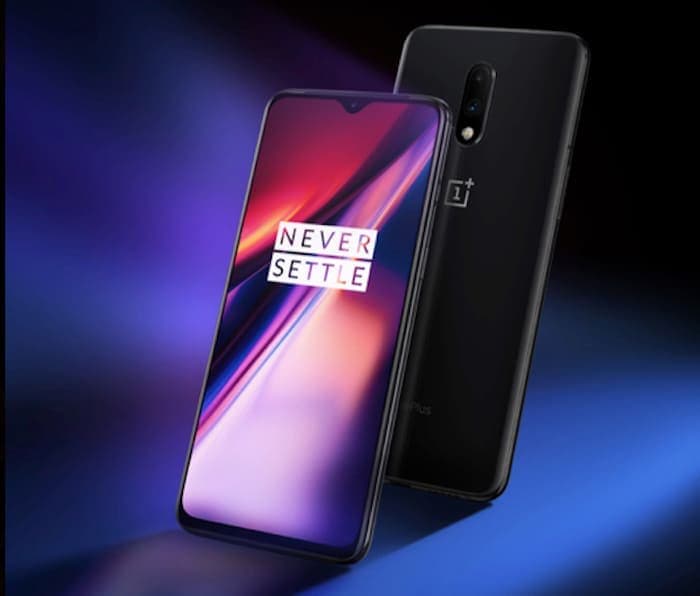 It ended up being perhaps the biggest surprise of the launch. And perhaps stole the thunder from the star itself.

I am talking of course, of the OnePlus 7. Yes, we had known it would be launched. But all – ALL – the build up had been about its supposedly superior cousin, the OnePlus 7 Pro. It was supposed to be the device that would launch OnePlus from the flagship killer to the flagship category (an assessment we agree with: check our first cut). We were told about what a magnificent display it had, its refresh rate and how it had been given a very high rating. We were told about how its amazing cameras were good enough for a shoot by National Geographic. And for taking poster snaps of a high profile Netflix series. We were told about its design, its processor, its sturdiness, and hints were even dropped about its high price tag. And then there were the leaks, which pretty much revealed every detail of the new phone. In short, every thing leading up to the launch was about the Pro variant of the OnePlus 7. It all got so monotonous and so horribly leaky that many of us wondered if there was anything left to talk about at the launch itself (read this author’s rant on the same here).

In all this hyped up hue and cry, we all pretty much forgot about the OnePlus 7. Well, perhaps that is unfair. We did not exactly forget it, but we did not expect much from it. The general feeling was that it would trail the Pro in a few departments (most notably cameras) and would come at a lower price, but even that price would represent OnePlus’ movement towards a premium market. Hey, hadn’t OnePlus been sneaking up the price charts steadily in recent years.

Not many batted an eyelid when the OnePlus 7 Pro was revealed and given a price tag of Rs 48,999. There were mutters of “I told you so” and people wondered about how the Never Settling brand would cope in the premium segment. And yes, there were even some bitter remarks about how OnePlus had moved away from its iconic “flagship killer” positioning.

All those thoughts were banished a few minutes later when the OnePlus 7 was launched. Yes, it was relatively under-specced as compared to the OnePlus 7 Pro. But no one – NO ONE- had expected OnePlus to price it at a remarkable Rs 32,999. That was nothing short of remarkable when you consider that the OnePlus 6 had been launched at Rs 34,999 and the 6T at Rs 37,999 last year.

So, people who had entered the event buzzing about the 7 Pro, left it talking about the “insane pricing” of the OnePlus 7. Some would say: but wouldn’t this have an adverse effect on the OnePlus 7 Pro? Well, I think that is unlikely. The pricing (leaked as well as real) of the OnePlus 7 Pro had always indicated that it was targeted at luring people away from other premium flagships. In fact, many had feared that this pricing might cost the brand its traditional support base as everyone had assumed that the OnePlus 7 would be priced somewhere in the vicinity of Rs 40,000 (in keeping with the brand’s price hiking tendencies). By keeping it well below what people had expected, OnePlus had at one stroke not only retained its support based and rattled the competition by delivering the most affordable flagship in the market, but had also offered a model for those who wanted something far more superior. Make no mistake, the OnePlus 7 Pro might have the specs and the performance, but the OnePlus 7 is more likely to deliver volumes. In dairy terms, the OnePlus 7 is the milk, the OnePlus 7 Pro the cream – one will deliver volumes, the other greater profit margins. Which is also the reason why the 7 will hit the markets after the 7 Pro – it will cater to the faithful, after the 7 Pro has harvested the new converts.

Tony Stark had famously said that the best weapon was the one that you had to fire only once. For OnePlus a few hours ago, it was the OnePlus 7. It was the shadow warrior who had just one chance of making its presence count. And to ensure that it did, the company handed out a communications masterclass, sneaking in the 7 even as everyone was talking about the 7 Pro, thanks mainly to OnePlus’ own considerable efforts in this regard. The company constantly talked of the OnePlus 7 Pro, thus driving the conversation towards that variant. And the more people talked about the Pro, the less they knew or even were interested in the 7. OnePlus also skilfully talked of entering a more premium segment of devices, thus seemingly indicating that even the 7 would follow the course of its predecessors and come at a slightly higher price. Had the pricing of the OnePlus 7 been known earlier or even been hinted at, the 7 Pro would have taken a lot of criticism for costing almost fifty per cent more. But OnePlus managed to keep the conversation focused on the more expensive 7 Pro. By doing so, it ensured two things: people would not react too adversely to the high price tag of the 7 Pro (OnePlus was after all, moving up to the premium segment, as it had been indicating for a while), and that people would find the OnePlus 7 staggering value for money, when its price was finally revealed.

The flagship killer is alive and kicking.

Was this article helpful?
YesNo
TechPP is supported by our audience. We may earn affiliate commissions from buying links on this site.
Read Next
How to Take a Screenshot on a OnePlus Smartphone
#analysis #oneplus #OnePlus 7 #OnePlus 7 Pro #Opinion