When OnePlus announced the 7 Pro last month, the OnePlus 7 hardly got any stage time and was ignored to the core. That’s till they announced the price. It seemed like a bargain at a price of Rs. 32,999 considering the specs under the hood and the fact that it is priced Rs. 5,000 lesser than even the last-gen 6T. If you are planning on getting one for yourself, you may have a few specific questions that may have gone unanswered, but we hope to answer them in our FAQ of the OnePlus 7. In case you don’t find the answers you were looking for, make sure to tweet your questions to us @techpp and we’ll get back to you with the answers. Also, stay tuned for our full review of the OnePlus 7 which will be coming out real soon. 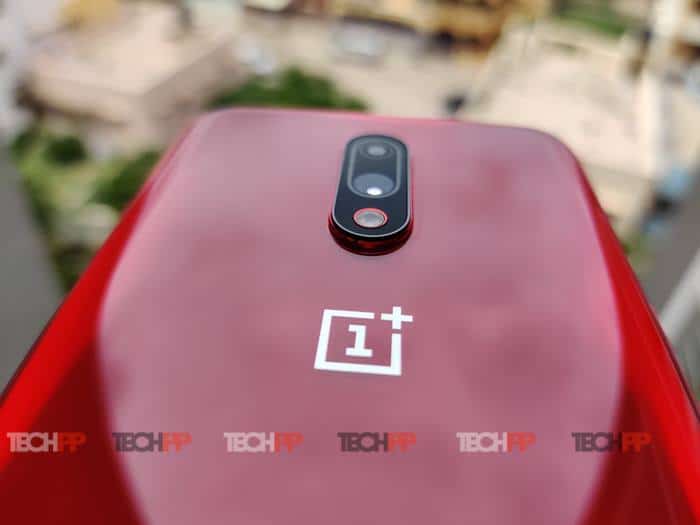 What’s the USP of the OnePlus 7?

It’s got to be the performance that you’re getting for the given price. The OnePlus 7 comes with the Snapdragon 855 SoC and the raw speed that you get with the chipset makes the OnePlus 7 one of the fastest phones in the market – be it for performing day-to-day tasks or for intense PUBG battles. If speed is what you need and performance is at the top of your priority list, the OnePlus 7 will surely not disappoint. The rest of the package isn’t too shabby either.

I have a OnePlus 6T. Should I upgrade to the OnePlus 7?

The OnePlus 6T is a fairly recent device and still sports some powerful internals that can compete against this year’s flagships too. The Snapdragon 845 is still an excellent performer and the rest of the package is pretty much identical to the OnePlus 7. Yes, the OnePlus 7 does get a new primary camera in the form of a 48MP Sony IMX 586, but that does not necessarily mean better pictures.

The 7 also brings stereo speakers to the table which the 6T lacks. The battery capacity, software experience, build quality and display are more or less the same on the OnePlus 7 when compared to the 6T. The gist of the comparison is that unless you really want to upgrade to the latest Snapdragon 855 and want dual stereo speakers, there is no solid reason to upgrade to the OnePlus 7. You can check our more detailed comparison here for more info.

The OnePlus 6T recently received a price cut and is selling for Rs. 27,999. Should I buy it over the OnePlus 7?

If you’re on a strict budget, the OnePlus 6T makes a lot of sense to buy at that price given that it is last year’s flagship smartphone. However, if you can extend your budget to Rs. 32,999, the OnePlus 7 offers better value since it comes with the latest chipset, stereo speakers and since it’s a newer phone, it should receive software support for longer than the 6T.

Does the OnePlus 7 come with Android Q? If not, is there support for Android Q beta?

Android Q is yet to be available for public distribution and has not been officially announced yet, so the OnePlus 7 runs on Android 9 Pie and will be updated to Android Q whenever it is released. However, the OnePlus 7 does have support for the Android Q beta program from Google, so users can flash the beta build to get an overview of the new operating system.

Does the OnePlus 7 also have a refresh rate of 90Hz for the display like the 7 Pro?

No, the display on the OnePlus 7 has a standard refresh rate of 60Hz. And it comes with the same dew-drop notch like the 6T.

Does the OnePlus 7 also have UFS 3.0 storage like the 7 Pro?

Yes, the OnePlus 7 does have UFS 3.0 storage which means faster read and write speeds on the device. Now that’s another significant change over the 6T. 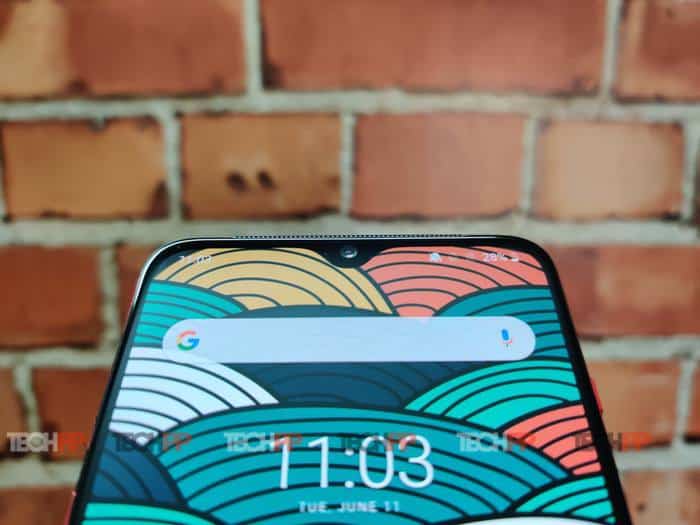 What are the different variants in which the OnePlus 7 will be sold?

In terms of color options, the device will be sold in Mirror Grey and Red colors. Going by history, you never know when OnePlus has a new color variant to offer!

What are some drawbacks of the OnePlus 7?

There is no official IP rating for the device, so you cannot trust it close to water. There’s also no wireless charging so if you like placing your phone on the dock for convenience, you won’t be able to do that. The rear camera is still not polished, and OnePlus needs to work on their software optimization to improve the image output. Despite the IMX 586 48MP sensor, the camera remains the Achilles Heel of OnePlus devices.

Is there no headphone jack on the OnePlus 7? If so, is there an adaptor provided in the box to connect regular headphones?

The answer, unfortunately, is no for both questions. OnePlus omitted the headphone jack from the OnePlus 6T and it sadly hasn’t made a comeback on the 7 Pro. The 3.5mm to USB Type-C converter which was present in the box of the 6T has also vanished.

Does the OnePlus 7 support FM radio?

No, there is no FM radio on the device.

Does the OnePlus 7 have Gorilla Glass protection?

How many Android Version Updates will the OnePlus 7 get?

Going by OnePlus’ track record, the OnePlus 7 will surely receive updates till Android R (2 major version upgrades) and security patches too for up to 3 years. 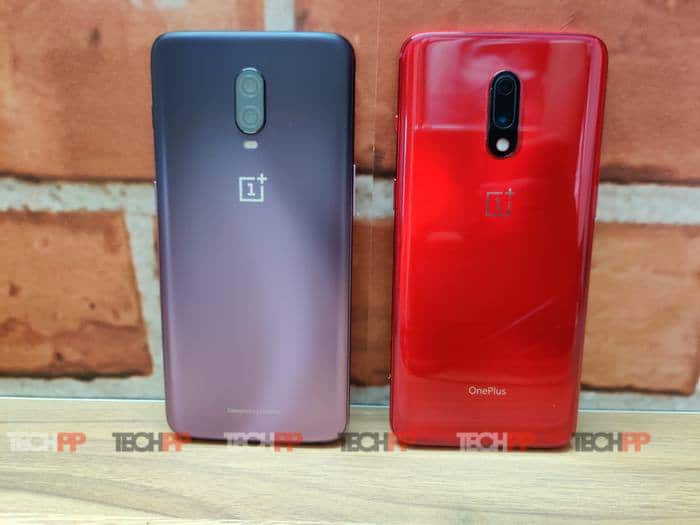 Does the OnePlus 7 support Google Camera or G Cam Mod?

Yes, the OnePlus 7 does support a full-fledged port of Google Camera with Night Sight. We even have a dedicated guide for the steps to install it along with some sample shots which you can find here. 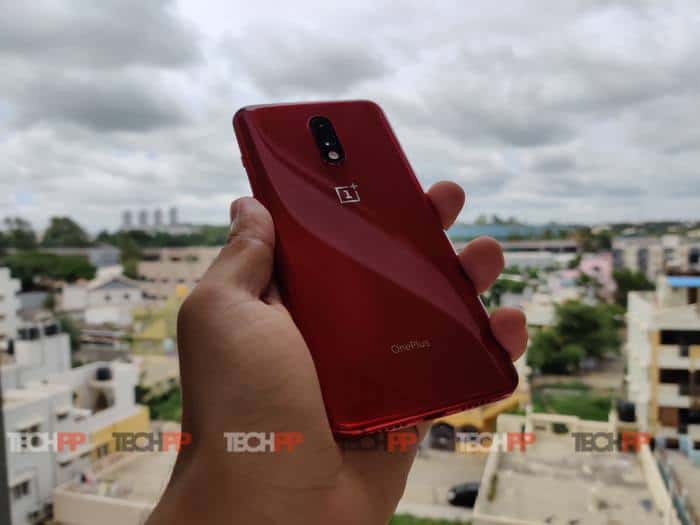 Can you record 4K videos on the OnePlus 7?

Can you record Slow-motion videos on the OnePlus 7?

The OnePlus 7 can record in slow-motion at a frame rate of 480fps.

As stated earlier, though the OnePlus 7 comes with flagship camera hardware, the software doesn’t seem to be optimized and hence, the final image quality takes a hit. Images appear to be washed out at times and the dynamic range also seems poor. At the time of writing, the OnePlus 7 does only slightly better in terms of images shot from the rear-facing camera, while the selfies look similar on both, or at times even better on the 6T. The difference is negligible as of the current software build.

Can the OnePlus 7 play PUBG at the highest Setting?

The OnePlus 7 does not break a sweat while playing PUBG even at the best available resolution. The device also clocks a constant 60fps at Smooth and Ultra Graphics.

How is the Battery Performance of the OnePlus 7?

Just like its predecessor, the OnePlus 7 also sports a 3700mAh battery which lasts through a complete day of moderate usage with ease. Hardcore gaming will drain the juice faster, but you can expect a single day’s usage out of the device in most cases.

Does the OnePlus 7 support Fast Charging?

The device comes with a 20W fast charger within the box which charges the device to 100% in about an hour and twenty minutes. That’s pretty much the same as the 6T.

How fast is the In-display fingerprint scanner on the OnePlus 7?

It is incredibly fast! OnePlus has managed to optimize the scanner really well this time around and have done a splendid job. This is one of the fastest in-display scanner implementations we’ve come across.

Does the OnePlus 7 have Face Unlock?

Does the OnePlus 7 have Stereo Speakers?

Yes, the OnePlus 7 has a bottom firing speaker along with the earpiece on the top which also doubles up as a front-firing speaker.

Is there a notification LED on the OnePlus 7?

No, the OnePlus 7 does not have a dedicated notification LED. Being an AMOLED screen, it does support Ambient Display.

Is there support for USB OTG on the OnePlus 7?

Is the OnePlus 7 Water Resistant?

While there is no official IP rating, the OnePlus 7 does have “everyday water resistance” meaning a slight splash or a drench in the rain for a brief period will not harm the device but dunking it into water is not advisable.

Are there any other alternatives to the OnePlus 7?

As of writing, the OnePlus 7 is the best value offering at a price of Rs. 32,999 and there doesn’t seem to be any competition yet. However, the Asus 6Z which is set to be launched in India on June 19 can provide some great competition to the OnePlus 7 with an all-display front and flip-up cameras if priced right.

If there’s anything we’ve missed out, you can tweet to us @techpp and we’ll be glad to help! Stay tuned for our full review of the OnePlus 7 and comparisons with similar upcoming devices.

Was this article helpful?
YesNo
TechPP is supported by our audience. We may earn affiliate commissions from buying links on this site.
Read Next
How to Pixelate or Blur Content on an Image on OnePlus Phones
#FAQ #oneplus #OnePlus 7