[First Cut] Oppo A9: Oppo gets into the Note zone

For most Indian consumers, Redmi and Realme have become the go-to brands when one is talking about phones priced in the region of Rs 15,000. Which is not to say that others have not been trying to break that hegemony. Samsung has been the most notable with its M series, and now it seems to be the turn of Oppo to have a go at this segment. And one of the devices leading its charge is the A9. 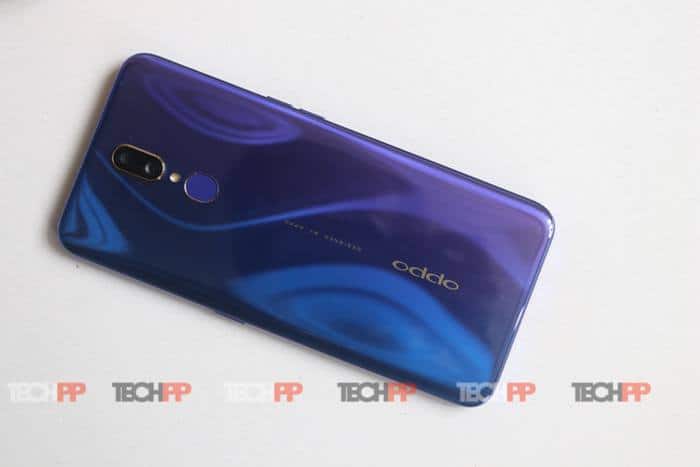 The A9 comes with a price tag of Rs 15,490, and while it does not come with anything that will make your eyes pop in disbelief, neither does it have any major shortcomings, in terms of those two elements (stay tuned for our review to find out about the performance). In terms of design, the A9 is a phone that is smart enough. We would not call it sharp looking or stand-out but it sort of fits right in with most modern smartphones. The front is all display (and it is a large, 6.53 inch one) protected by Corning Gorilla Glass 5, with relatively small bezels and a drop notch right at the top in the center, while the back is smooth, glossy plastic. 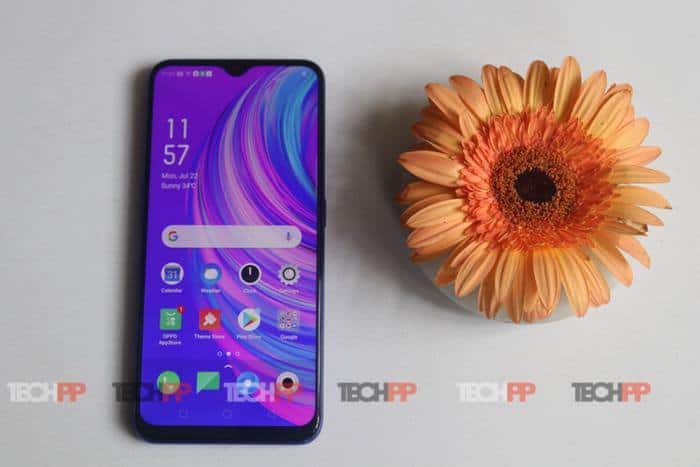 We got the fluorite purple edition (there is also a marble green one, which looks slightly more classy we think, perhaps because we are a little tired of seeing so much blue) which switches between purple and dark blue depending on the light falling on it (very reminiscent of the Cadbury’s Dairy Milk packaging). The dual cameras on the back are in a capsule-shaped unit that protrudes slightly but comes with subtly shiny gold borders, as does the fingerprint scanner below it. And then comes the branding which is vertically aligned with the cameras. It is reasonably pleasing visually without being breathtaking.

This being an Oppo phone, the volume buttons are on the left, and the power/display one on the left (many phones have them on the same side, often the right one), which some might find unusual but is easy to get used to. Oppo has kept the top plain and placed the micro USB port, 3.5 mm audio jack and speaker grille on the base, and the dual SIM card tray (one of which is a hybrid slot) on the left, just above the volume buttons. The A9 is not a small phone (there are so few of that species now, alas), and you will need both hands to use it and at 190 grams, it is not the lightest either, but it feels good in the hand with its smooth, curved sides and edges. 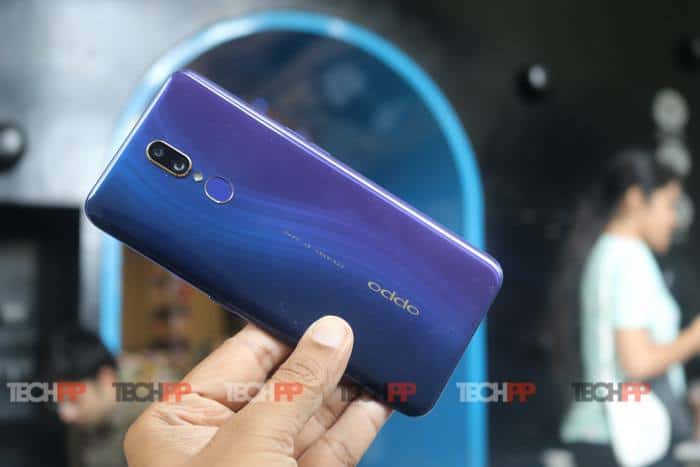 The innards are reasonable too. That 6.5-inch display is a Full HD+ one and is reasonably bright. Powering the phone is the rather underrated but very efficient MediaTek P70 processor, paired with 4 GB of RAM and 128 GB of storage, which can be expanded by 256 GB if you are ready to give up one of the SIM card slots. The P70 was seen as competition for the Snapdragon 660, and we are not too sure how well it compares to the 675 and 710/712, that we are seeing in other devices, but it is all said and done, a good performer, and should be able to handle most tasks, although we would not recommend going PUBG crazy on it without turning down the settings. 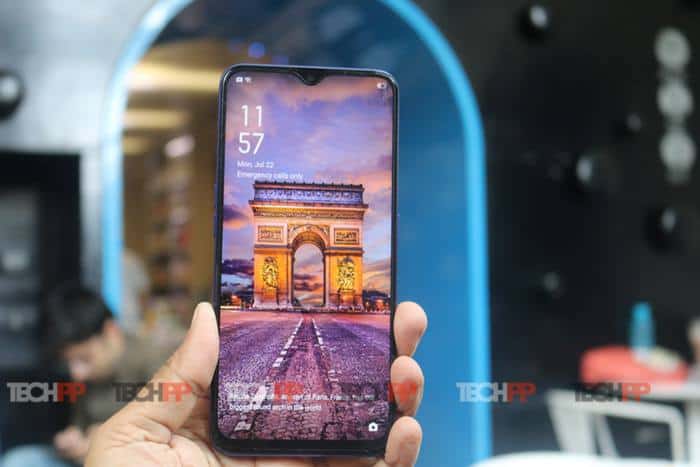 The cameras, however, seem a little underwhelming in numerical terms. In a mid-segment going megapixel crazy, Oppo has opted to go with a 16-megapixel and 2-megapixel camera combination at the back, with the latter being a depth sensor. Yes, the main camera has an f/1.8 aperture but when you consider that Redmi has two devices with 48-megapixel sensors at a lower price, you wonder. The front-facing camera is a 16-megapixel one, which is a little more par for the course. Given Oppo’s excellent track record in cameras, we have rather high expectations. 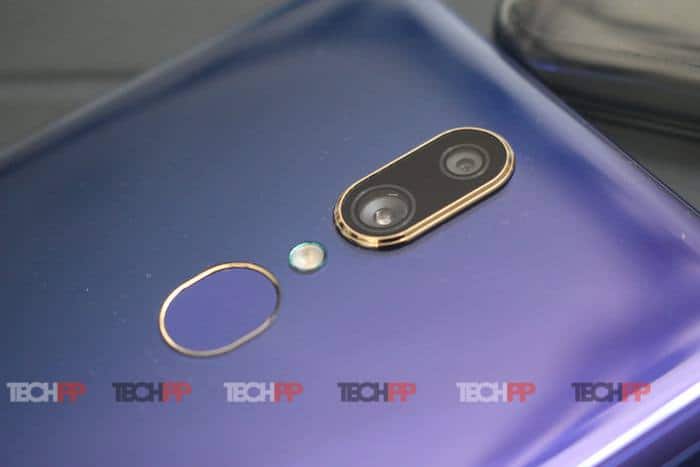 Oppo also claims to have endowed the shooters with some software muscle including an Ultra Night Mode, Artistic Portrait Modes and even a Dazzle Color Mode, but we must confess that on paper, the A9 has a tough task in the camera department against the likes of the Redmi Note 7 Pro, the Realme 3 Pro, and the Realme X. It does tick off the requisite connectivity boxes, though, with 4G, Bluetooth, Wi-Fi, and GPS, and also an FM radio. It also does well in the battery department with a large 4020 mAh battery although there is no mention of fast charging. In software terms, there is Android Pie, flavored with Oppo’s Color OS 6. 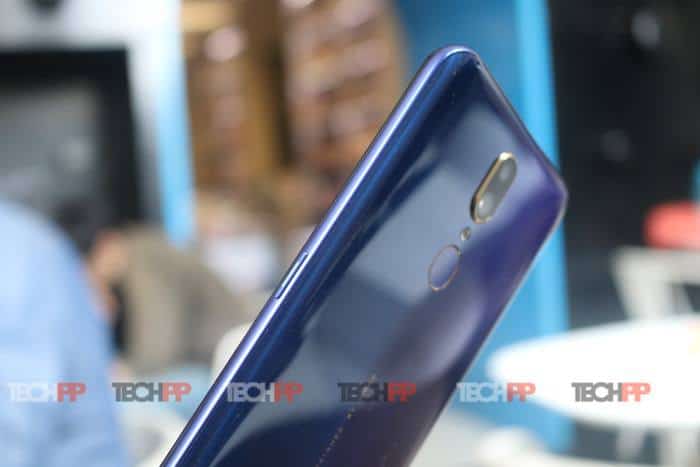 All of which at Rs 15,490 seems to be a decent rather than an exceptional deal. From what we can see, the A9 is going to be relying heavily on that large display and a large battery to make an impact. The cameras and the processor, however, are the ones that have got to do a lot of convincing to move people from the Realme and Redmi zone. Will they be able to do so? Wait for our review next week!

Buy Oppo A9 on Amazon