Over the years we have seen a number of different shades of competitive advertising. From brands comparing specs and features to poking fun at each other symbolically or directly, there have been quite a few different tangents and storylines that companies have chosen. Google has also decided to go the competitive advertising way with its latest Chromebook. Yes, it uses satire and humor like some very popular (Mac Vs.Pc), and not so popular (Meet Mackenzie “Mac” Book) campaigns, but it also pulls science on board.

The Science Guy takes you to class

“Bill Nye on the Science of Switching to Chromebook” is an almost three-minute-long ad. It starts with Nye (who is known for being a presenter on many science shows and is known as Bill Nye the Science Guy), explaining how fear is our natural evolutionary response to the unknown. How we have developed it cope with the dangerous world around us. And how, now that we are not living in caves anymore, it should not keep us from switching to a Chromebook!

After the small introduction, Nye goes on to outline the benefits of owning a Chromebook over a normal laptop which include how the Chromebook roots up fast and comes with built-in virus protection. 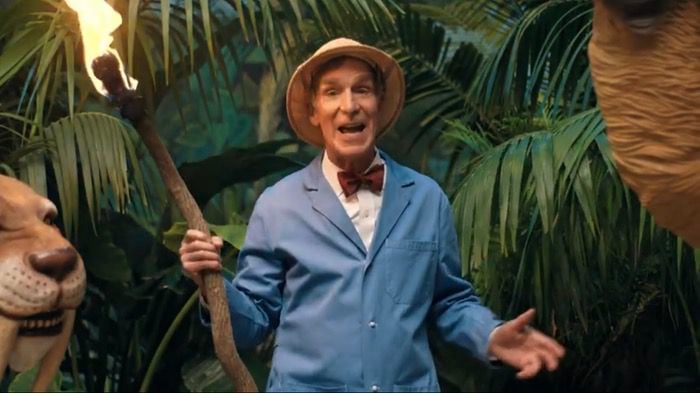 Of course, as this is Bill Nye the Science Guy, you get this message served with a dollop of science. The ad film then moves on to explaining why we resist change and how the conflict in your brain (between your amygdala and your prefrontal cortex) can make you fear change. After a quick biology lesson, Nye then moves on to behavioral economics and explains a principle called “Sunk-Cost Fallacy,” which makes it hard to let go of a bad decision. From there he moves on introducing the “Status Quo Bias”, which shows how you get attached to things irrationally. He mentions how the Chromebook starts up fast, updates automatically, how all of your data is stays safe on the cloud even if you lose it and that it also works offline. He ends by saying how we can accomplish great things if we overcome our fear and how we should not let fear win and switch to Chromebook.

And this is not a dull lecture by any means, for the visuals keep changing. Nye begins dressed as an explorer in (we assume) a forest, carrying a burning torch when talking of fear. He then smoothly switches to being a person on holiday as he explains the “Sunken-Cost Fallacy,” showing how we stick to something that is bad just because we have paid for it (the holiday seems an absolute disaster). He then switches mode and becomes a person walking around his favorite car, which is in awful condition and is taped up to hold itself together, and promptly falls apart when he attempts to start it, as he explains the “Status Quo Bias.” Finally, he is all geared up as someone set to go skydiving (he has a parachute) as he asks the viewer to go for a Chromebook. The graphics are cool, the role switchovers are very smooth – Nye literally seems to be walking from one set to another – and the script, as well as the scenes, have a strong undercurrent of humor.

The ad ends with an image of Chromebook models on the screen followed by the company’s logo.

Switched off by Science! 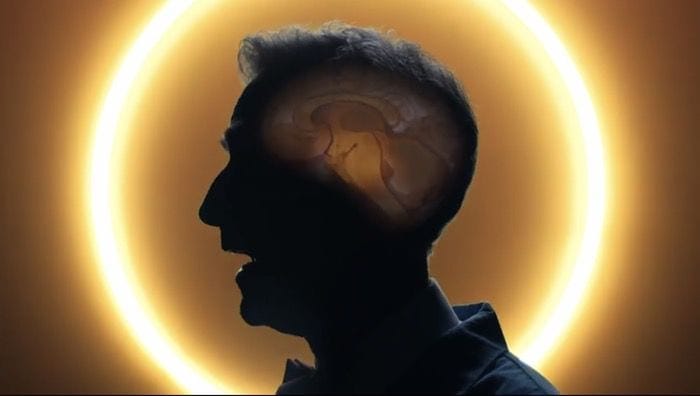 We have often mentioned how competitive advertising can be a double-edged sword as it gives attention to your competition as well. That is one problem that this Chromebook ad did not have. The ad film very cleverly takes digs at its competition without really mentioning a certain brand or product. It picks up problems that PC users generally face like updates, virus protection and has used them to highlight the USPs of the Chromebook. Basically filling the gaps that laptops leave wide open. And although the ad does not take the name of any notebook brand (it does show another notebook, which Nye says should be quarantined, but you cannot figure out the model), but we did not miss the number plate of the broken down car which read, “WNDWS” (read Windows). Clever. The ad being so science-heavy, we think the company also hired the right guy to feature in it. Bill Nye (aka The Science Guy) fits the role perfectly and gives out all the right science vibes.

That said, we think the ad film is a little too long. It is not one of those ads that you can later crop and play or watch bits of – you have to watch the complete ad to really understand it – and at three minutes, it is on the longer side. 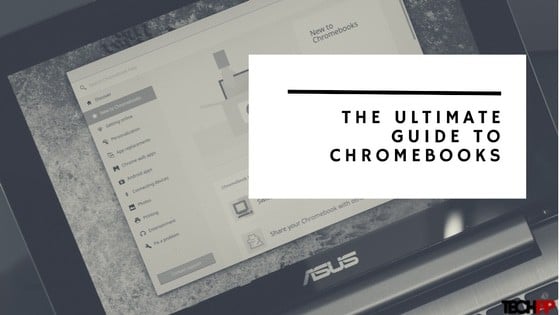 The Ultimate Guide to Chromebooks and Chrome OS
Read More

The ad is also very information-heavy. All those principles and academic lessons, with hints of Chromebook here and there, make the ad quite boring, notwithstanding Nye’s efforts. It is a kind of an ad that you would have to watch twice or thrice to actually really “get” it and while we really like that they have mentioned and highlighted a lot of USPs of the Chromebook, we think the ad ends up speaking more about human behavior than the actual product
.
So, basically, Science which had to be the theme of the ad that ultimately highlighted the Chromebook actually ended up becoming the hero of the ad while the Chromebook itself was sadly sidelined. Yes, the ad talks about how Google Chromebook is better than your regular laptops but it is not what you take away from the ad – to be honest, because there is so much going on in the ad, you actually end up with a very confused take away. 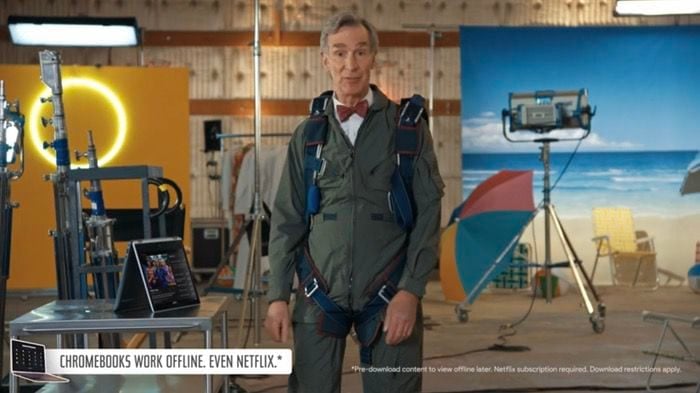 The concept of using scientific and economic theories and ideas to make people move from regular laptops to Chromebook was a very intelligent one, but you have to put a cap on things before they defeat the very purpose of the ad: promoting the product. We think at some stage, this ad becomes more science than Chromebook!

The new Chromebook ad definitely has some very clever and interesting parts, but while it did not get caught in the “accidentally highlighting its competition” problem, and neither did the celebrity overwhelm the product, the central theme of the ad did just that. This was not supposed to be a lecture on human behavior, it had to be about the Chromebook, which it was not entirely. Giving something more importance than the product that you are advertising comes with the risk of it overshadowing the product. Yes, we do know that the Chromebook is very popular among students in the US, so the science angle might give it an educational association, but we still think it just got a little too much. Hey, we ended up knowing more about the Sunken-Cost Fallacy and the Status Quo bias than about the Chromebook – incidentally, we really finish manufacturers would not put information about their product in small text boxes. It gets ignored far too often!

Bill Nye rocks as the Science Guy. But he does not quite come across as a Chromebook Guy. Perhaps, Google needs to leave some “books” out of the Chromebook ad equation.

Also on TechPP
Read More
Was this article helpful?
YesNo
TechPP is supported by our audience. We may earn affiliate commissions from buying links on this site.
Read Next
20+ Best Google Doodle Games You Should Play [in 2023]
#Chromebook #google #Tech Ad-ons