Today, at an event in Munich, Germany, Huawei has announced the much-anticipated smartphones for the year, the Mate 30 and Mate 30 Pro, under its Mate-series lineup. The new phones are the first to come out after the US trade ban, and as a result, they come with an open-source version of Android with no Google apps pre-loaded. Along with the two new phones, Huawei has also launched a new smartwatch, the Watch GT 2. 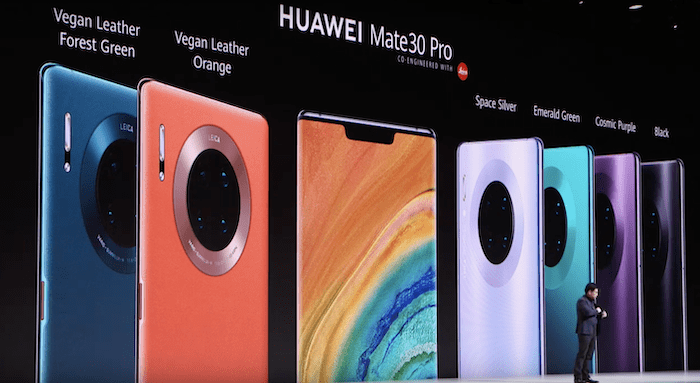 The Huawei Mate 30 series will be running the EMUI 10 which is based on Android 10 but without GMS (Google Mobile Services) pre-installed.

In terms of design, both the Mate 30 and Mate 30 Pro come with a metal body all-around and an 88-degree curved design with Huawei’s Horizon Display that stretches all the way to the edges. It has a gloss to matt finish on the back to give it a gradient finish and offer resistance against fingerprints. For offering protection against dust and scratches, the Mate 30 comes with an IP53 rating, whereas, the Mate 30 Pro has an IP68 rating. Both phones come in four color options: Classic Black, Space Silver, Cosmic Purple, Emerald Green, with two leather finish colors: Vegan Leather Forest Green and Vegan Leather Orange.

On the front, the Mate 30 features a 6.62-inch FHD+ Rigid OLED display with a 2340 x 1080 pixels screen resolution, a 19.5:9 aspect ratio, DCI-P3 HDR, Cinematic Color, and Anti-Blue Light. On the other hand, the bigger of the two, the Mate 30 Pro, has a 6.53-inch Flex OLED display with a super high resolution of 2400 x 1176 pixels, an 18.4:9 aspect ratio, and the same DCI-P3 HDR, Cinematic Color, and Anti-Blue Light found on the vanilla Mate 30. Since the display stretches to the edges, there are no physical buttons on the side. So as an alternative, Huawei is introducing Side-Touch Interaction that allows users to double-touch on the edges to access the controls.

Huawei Mate 30 and Mate 30 Pro Cameras: All You Need To Know
Read More

At its core, the Mate 30 and the Mate 30 Pro come with a 7nm octa-core Huawei Kirin 990 processor with Dual NPU and Mali-G76 GPU running under the hood, paired with 6GB/8GB of RAM and 128GB of internal storage on the vanilla Mate 30 and 8GB of RAM and 128GB/256GB of internal storage on the Pro model. To power everything, the phones come with a 4200mAh battery (Mate 30) and 4500mAh battery (Mate 30 Pro) with 40W wired and 27W wireless fast charging. On the software front, both phones run on EMUI 10, based on Android 10. The Mate 30 and the Mate 30 Pro are the first phones to be powered by the Kirin 990 processor, which unveiled a few weeks back. Since the Kirin 990 comes with an integrated 5G modem, and as of now, there are no signs of 5G coming into the mainstream any time soon, there will also be 4G models for the Mate 30 lineup. 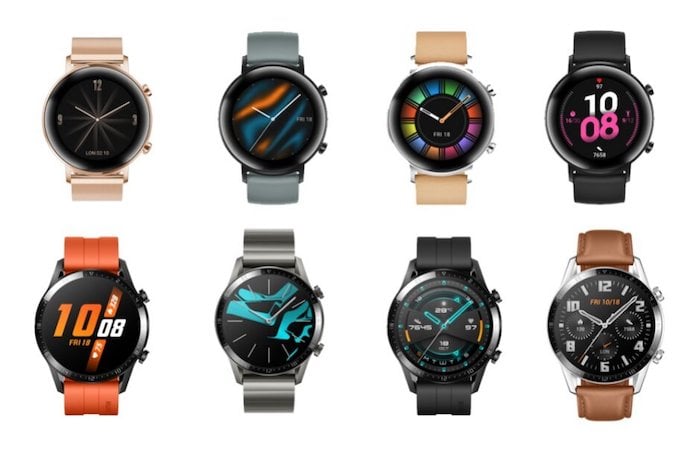 For optics, the Mate 30 comes with a triple-camera setup on the rear, housed in a circular design, which includes a 40MP (27mm) super sensing wide sensor with f/1.8 aperture and OIS (Optical Image Stabilization), a 16MP (17mm) ultra-wide sensor with f/2.2 aperture, and an 8MP (80mm) telephoto sensor with f/2.4 aperture and OIS, along with laser focus. On the front, it sports a 24MP camera with f/2.0 aperture for selfies. In terms of zoom capabilities, the camera offers 3x Optical Zoom, 5x Hybrid Zoom, and up to 30x Digital Zoom. Talking about video shooting capabilities, the rear camera comes with 4K video shooting capabilities at 60fps, support for Artificial Image Stabilization (AIS), and 720p super-slow-motion recording at 960fps. Whereas, the camera on the front can record videos in Full HD+.

Similar to how the Huawei Mate 30 houses the rear cameras in a circular design, the Mate 30 Pro also does the same. Except, it has four sensors, instead of three, on the vanilla Mate 30. The quad-camera setup includes a 40MP (27mm) super sensing wide sensor with f/1.6 aperture and OIS, a 40MP (18mm) secondary ultra-wide sensor with f/1.8 aperture, and an 8MP (80mm) telephoto sensor with f/2.4 aperture and OIS, and a 3D depth sensor. On its front, the phone has a 32MP camera with f/2.0 aperture for selfies and face unlock. Talking about zoom, the camera offers 3x Optical Zoom and 5x Hybrid Zoom. In terms of video shooting capabilities, the rear camera on the Mate 30 Pro comes with 4K shooting capabilities, support for Artificial Image Stabilization (AIS), and super-slow-motion videos in 720p at 7680fps and 1080p at 960fps. On the other hand, the front camera comes with support for Full HD+ video recording capabilities. 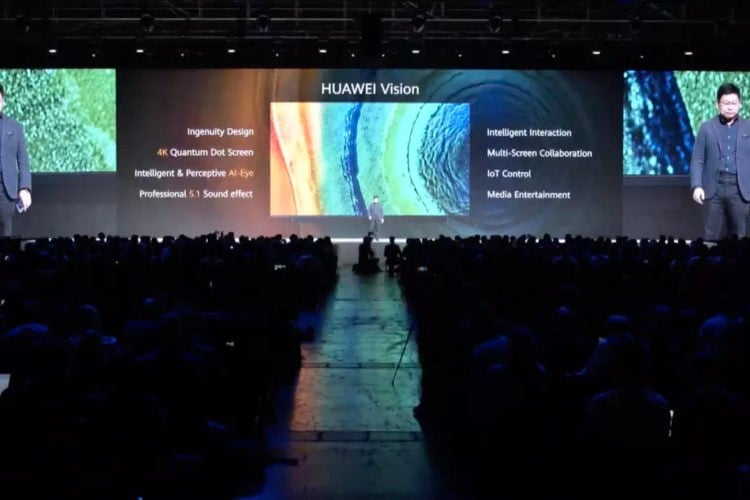 Along with the Mate 30 and Mate 30 Pro, Huawei has also announced the Huawei Mate 30 RS Porsche Design, specifically tailored for the auto enthusiasts. Essentially, it is the same Mate 30 Pro 5G but wrapped in a luxury packaging. The only significant change that makes it stand out against the Mate 30 Pro is the new design on the back and a different camera arrangement, vertical enclosure over circular on the regular Mate 30 Pro. Not to mention, the Porsche Design logo, which sits right in the middle, taking the Huawei logo towards the bottom, and a bumped-up 12GB RAM and 512GB storage configuration.