When it was launched, all the talk about the iPhone 11 Pro was mainly about the amazing A13 Bionic processor and of course, those three cameras at the back that claimed to redefine mobile photography. So, well, when we got our review unit, you could hardly blame us for going crazy playing really hefty games on it and giving those cameras a good work out (repeat after us – “telephoto, wide, ultrawide”). Because hey, that was what everyone was talking – how fast was it, how were those cameras? 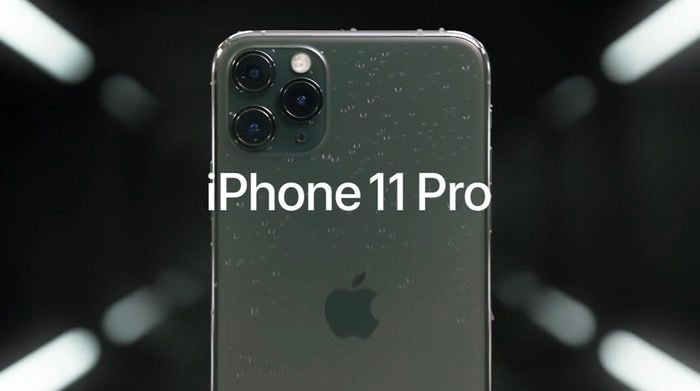 While we were doing all this, something just struck us. And we think it is actually the best feature of the iPhone 11 Pro.

We have had two sorts of iPhones – make that “at least two sorts of iPhones” – over the past half-decade or so. A sort of compact iPhone, and at least one larger one. And while the larger iPhone had the larger display and (sometimes) better cameras, its biggest asset for many users was actually its larger battery. The iPhone 6 Plus indeed was the first iPhone that was actually able to see out close to a day of (relatively careful) use. Prior to that, we had all been used to the “with great power and compact frames comes God Awful battery life” concept that plagued iPhones. They were superb devices in terms of design and performance, but they made a portable charger a companion than a mere accessory!

The larger iPhones seemed to fix that issue to an extent, often allowing us to get through close to a day of usage and the iPhone XR last year perhaps became the first iPhone ever to comfortably take us into day two of usage actually on a single charge.

The compact iPhone, however, remained burdened by relatively poor battery life. In fact, when the iPhone got a little larger (from the iPhone 6 onwards), many of us had hoped that the larger frame would be able to accommodate a larger battery, which would deliver better battery life. Fat chance! The compact edition of the iPhone might have most of the hardware goodness of its larger companion and inevitably looked better as well, but when it came to battery life, they sucked to an extent that would have done lozenges proud. Things did get better to an extent when the iPhone XS became the new “compact iPhone” but the rule of thumb was simple: you wanted a decent battery life, you went for the larger iPhone! 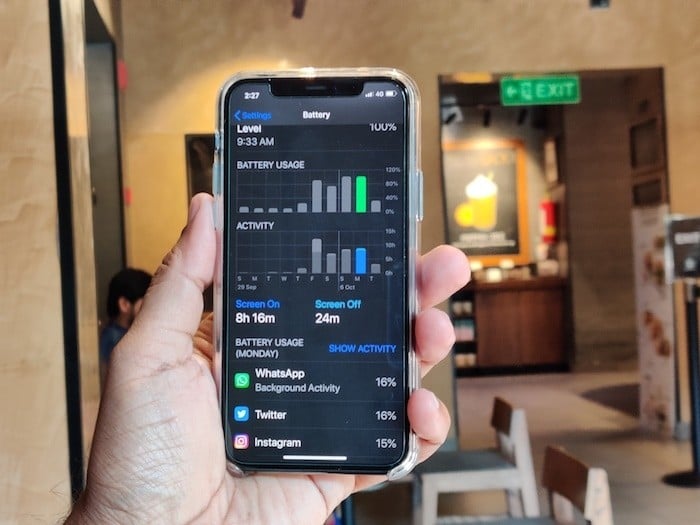 All right then, we can say that has DEFINITELY changed with the iPhone 11 Pro.

We have been using the iPhone 11 Pro as our primary device for the better part of a week and time and time again, have been surprised at how it gets through a day of normal usage. We normally charge up the device by the time we step out (around 8:30-9 am) generally, and to our immensely pleasant surprise, it keeps ticking smoothly until the time we get back, which is about twelve hours later (9-10 pm). In the course of this, we have never cut any corners, whether it is using our social networks, messaging or mail and the odd spot of gaming, of course (Hooray, Apple Arcade). In essence, we now have an iPhone that can easily – and we mean easily – last a day of normal usage. The iPhone 11 Pro consistently delivers between six and half hours to eight hours of screen on time which is considerably over and above the bare 4 hours we got with the iPhone 8, the around 5 hours we got from the XS, and close to what we were getting on the iPhone XR, which actually had a lower resolution display. Apple had indeed claimed to have considerably improved battery life on the 11 Pro, but this is still impressive. 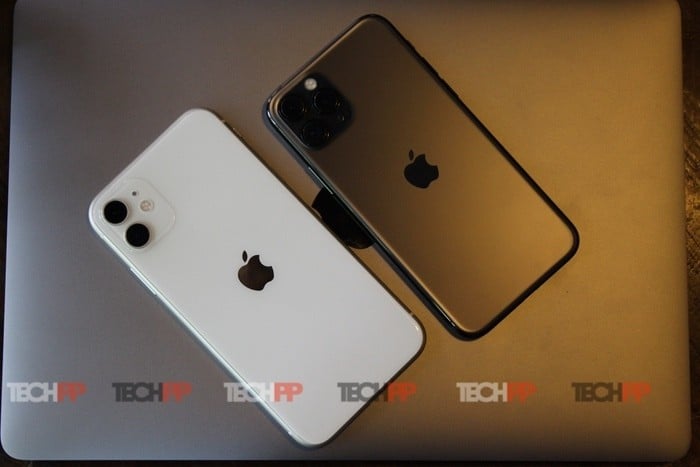 Yes, the cameras seem excellent and the processor is, of course, very very good, and the design will turn heads, though it will inspire widely divergent comments. But hey, those are given with an iPhone. What is NOT a given is a very good battery life. This is why even though the iPhone 11 Pro has a host of killer features up its designer sleeves (stay tuned for our detailed review), we think that its best feature is actually something we did not expect.

Was this article helpful?
YesNo
TechPP is supported by our audience. We may earn affiliate commissions from buying links on this site.
Read Next
With Football Manager 2023 Touch, Apple Arcade finally has its “killer ...
#apple #iPhone 11 Pro #Opinion