DJI has just announced its newest drone, the Mavic Mini, which is its smallest and lightest drone yet. The Mavic Mini comes with a multitude of features to offer uncompromised experience while flying and taking aerial shots, without requiring the hassle of getting it registered from the Federal Aviation Administration (FAA) in the US or similar agencies like DGCA in India. 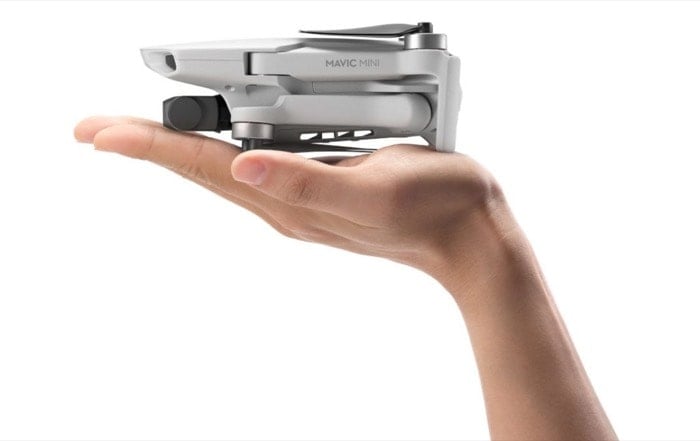 As already mentioned, the drone is pretty lightweight. It comes in at 249 grams, which makes it easier to fly and safe enough to not require the need for getting it registered with the FAA. This is particularly good in countries like India where drones below 250 grams are considered to be safe enough to fly in open, without requiring registration. Further, to ensure security, the drone comes with DJI’s safety technology along with geofencing to help drone pilots avoid restricted areas. It also DJI’s AeroScope remote identification to protect sensitive locations, automatic return to bring the drone back to its launch location in case of connection loss or low battery issues, and built-in altitude limits.

The Mavic Mini comes with high-grade motors that promise up to 30 minutes of flight time, Wi-Fi transmission signals to offer stable control over drone by providing an HD live feed, and GPS receivers and downward visual sensors that detect the ground below to offer precise hovering and stable landing. 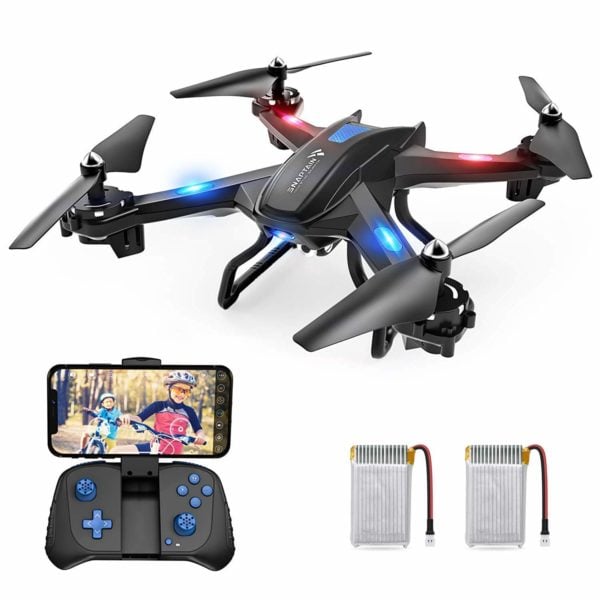 In terms of optics, the drone provides the ability to capture video in 2.7K at 30fps and 1080p at 60fps, along with photo shooting capabilities in 12MP. Furthermore, to simplify the flying and shooting experience, the drone uses DJI’s Fly app to allow pilots to make the most of their drones. The app also includes tutorials for beginner pilots and has different modes like Position (P) mode for basic operation, Sports (S) mode to unlock more professional capabilities, and CineSmooth (C) mode to take smoother shots and cinematic footage.

The DJI Mavic Mini comes in two variants: a standard variant (includes Mavic Mini, remote controller, one battery, extra propellers, and all necessary tools and wires) for USD 399 (~ INR 28,300) and the other a Mavic Mini Fly More Combo (all components from the standard variant + 360° Propeller Cage, Two-Way charging Hub, three batteries, three sets of extra propellers, and a carrying case) for USD 499 (~ INR 35,427). It will be available for pre-order starting today (October 30) and will start shipping November 11.

Was this article helpful?
YesNo
TechPP is supported by our audience. We may earn affiliate commissions from buying links on this site.
Read Next
DJI Osmo Action Camera with 4K video capabilities and dual displays launched
#DJI #DJI Mavic Mini #Drone #Drone Laws