While Android claims to hold numerous advantages over iOS, one of the traits in which it trails iOS is messaging. The default message service on Android lacks in various aspects and is far-fetched from Apple’s iMessage. Over the years, Google has made several attempts to come up with a service that offers as many functionalities as iMessage, but unfortunately, has failed to do so. However, that is expected to change with Google’s implementation of RCS (Rich Communication Services) on its messaging platform.

So what is RCS, and how can it change messaging on Android? Let us explain!

What is RCS and how does it work?

RCS (Rich Communication Services) is a communication protocol between phones and carriers that aims to replace the old conventional SMS (Short Message Service) and MMS (Multimedia Messaging Service) services with a more interactive messaging experience. The idea behind replacing SMS and MMS with RCS is to make the messaging experience on Android on par with the modern standards, which allow users to enjoy a rich messaging experience, much like Apple’s iMessage or some of the popular internet-based messaging services like WhatsApp and Facebook Messenger.

With RCS, users get to enjoy rich-text conversations similar to other messaging services like iMessage and WhatsApp. It provides features such as typing indicator, bigger groups, immersive conversations, multimedia support, video calling, no limits on characters, etc, to improve the overall messaging experience. Basically, with RCS, the messages can carry more information (in different forms) than a regular massage.

Unlike standard SMS messaging, RCS uses an active internet connection, be it via mobile data or Wi-Fi, to use the service to send and receive messages. When a user sends a message using the Messages app (with RCS enabled), and the person on the receiving end also has RCS enabled on their device, they both get to enjoy the benefits of RCS. On the contrary, if the person at the receiving end does not have RCS enabled or they have an unsupported phone/carrier, the message would still be sent across to the receiver. However, it would be a regular SMS message and not backed by RCS.

RCS was first announced in 2007 as Rich Communication Suite to offer inter-operator communication possible using the IMS (IP Multimedia Subsystem) technology. And then, a year later, in 2008, it was taken over by the GSM Association (Global System for Mobile Communications). [General trivia: the GSMA is the same organization that carries out the MWC (Mobile World Congress) — the largest annual mobile exhibition and conference — every year.] Three years later, the organization came up with a new specification, called RCS-e (RCS-enhanced). RCS-e had different iterations of RCS with the motive to offer a much better and interactive platform that would no longer have the monotonous chat experience.

Google is Working on “Chat”, a RCS Based Messaging Standard that Rivals iMessage
Read More

A few years down the road, in the year 2016, GSMA published the Universal Profile — a single GSMA specification for advanced communications — intending to provoke mobile manufacturers and carriers to start the adoption and implementation of RCS protocol on their products and services. In the same year, Google went on to introduce two new services — Duo (video chat app) and Allo (instant messaging app), for both Android and iOS — as another attempt at fixing the ever-straggling messaging service on Android. However, much like its previous attempts, this attempt also failed to achieve the company’s motive, and therefore, in 2018, Allo was denied support going further. 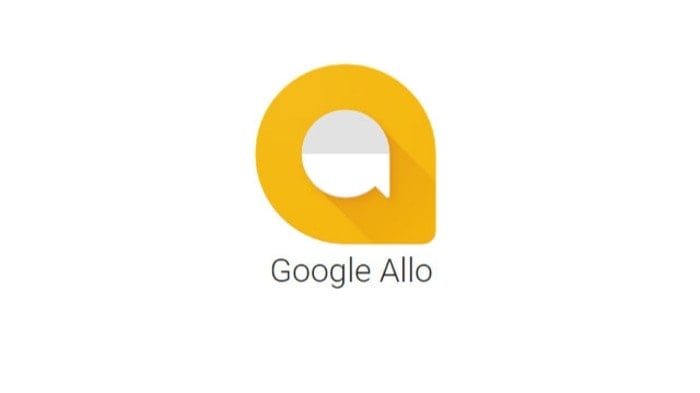 How is RCS different from SMS/MMS?

When compared with SMS or MMS, there is a wide range of improvements and add-ons that separate RCS from the other two services. Among these, the most crucial one, which also happens to be the biggest differentiators, is the rich-text conversation, which offers a bunch of nifty features such as read receipts, typing indicator, high-quality multimedia support, no restriction on character limit, among a few other. With these features, users can have more interactive and organized conversations, perform video calls, chat with no limit on characters, have bigger groups, and get better and organized conversation and engagement, all without requiring the need to download any third-party app separately. In simpler terms, RCS on Messages aims to make the messaging experience on Android much like iMessage.

How is RCS different from iMessage? 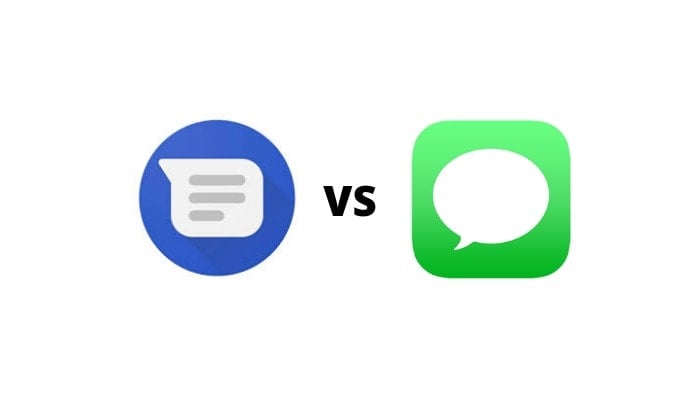 Even though RCS appears to be a lot like iMessage and the two share a lot of common features, they are not exactly the same. For starters, unlike iMessage, which provides the option to create a profile (with a name and photo) to share with others, Google does not seem to have any plans on introducing a similar functionality with RCS.

Video calling is another aspect in which the two services seem to differ. As with RCS, in addition to a bunch of nifty features and rich-text conversations, Google also plans to introduce video calling with the Messages app to make all the features available in a single app. On the contrary, iMessage only allows chats, and therefore, requires a separate app, called FaceTime, to make video calls.

Another major difference between the two services, which some regard as a drawback with RCS, is security. iMessage or other internet-based messaging services like WhatsApp, Signal, or Messenger, provide end-to-end (E2E) encryption on their platform to secure users’ conversations. End-to-end encryption ensures that a message sent across by a sender is encrypted and can only be read (decrypted) by the intended receiver. With E2E, under no circumstances can the message be read or intercepted by a third-party. In contrast, RCS does not offer E2E encryption as it is more like a carrier-based messaging service and therefore is subject to lawful intercepts by the government under certain situations. It is because of this reason that, despite the GSMA wanting to use E2E encryption on RCS, in no way does it seem plausible.

However, to offer some level of protection on the platform and secure users’ conversations to a certain degree, Google has upgraded some of the protocols on RCS. In addition to these upgrades and the protections offered by the Universal Profile standards, RCS also incorporates TLS (Transport Layer Security) — to secure communication between the service and the server, and IPsec — to ensure proper working of connection-related tasks and protect the flow of data over IP (Internet Protocol).

What is the current status of RCS?

A few days back, Google announced that it is rolling out RCS for users in the US, irrespective of what phone or carrier they are using it on. It also did something similar back in June this year, when it introduced RCS in the UK and France.

But before Google planned to release RCS in the US, it was relying largely on carriers to adopt the Universal Profile and start rolling out RCS to their customers. However, the carriers came up with CCMI (Cross-Carrier Messaging Initiative) — a joint venture that promised to ship a new messaging app and rollout RCS services in 2020. And this lead Google take matters in its hands and roll out RCS in the US in much the same way as it did in the UK and France, wherein, instead of relying on carriers’ servers, Google is allowing the service to use its own servers to enable RCS chat rather than waiting for the carriers to speed up the process at their end. And when the carriers finally start rolling out RCS, the existing users would then be moved to their carriers’ servers.

If you wish to use RCS now, you need to download Google’s Messages app from the Play Store. After which you must set it as the default messaging app on your phone. Now, if Google has rolled out RCS in your country, you can enable it from the settings on the Messages app. However, in case RCS is not available in your region, you can follow our in-depth video tutorial to enable RCS on any Android phone. And once that is done, you can enjoy RCS messaging on your phone.

Was this article helpful?
YesNo
TechPP is supported by our audience. We may earn affiliate commissions from buying links on this site.
Read Next
20+ Best Google Doodle Games You Should Play [in 2023]
#Explainer #google #iMessage #RCS