Oppo has today launched a new smartphone, the Oppo F15, targeting the young customers and expanding its F-series lineup further. The F15 is touted as an affordable smartphone, with features such as a 6.4-inch AMOLED display with waterdrop notch, a 48MP quad-camera on the rear, an in-display fingerprint scanner, a 4000mAh battery with 30W fast charging, and more. 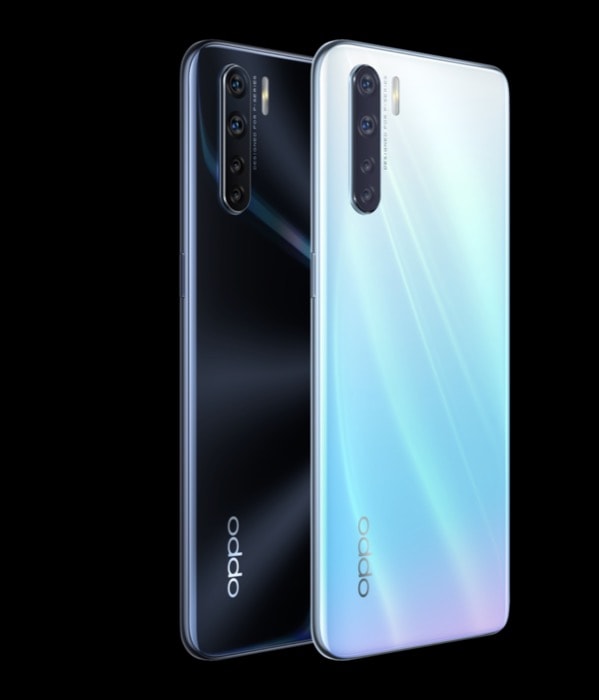 In terms of design, the Oppo F15 flaunts a sleek design coming in at just 7.9mm thickness with an easy one-handed grip. There is a gradient finish on the rear with a quad-camera setup arranged in a vertical alignment. Towards the front, the phone has a 6.4-inch Full HD+ AMOLED display with a 2400 × 1080 pixels screen resolution, a 20:9 aspect ratio, a waterdrop style notch to house the selfie camera, DC Screen Dimming 2.0 for eye protection, and Corning Gorilla Glass 5 protection. It comes in two color options: Lightening Black and Unicorn White.

Under the hood, the Oppo F15 comes with a 12nm octa-core MediaTek Helio P70 processor with ARM Mali-G72 MP3 GPU, coupled with 8GB of LPPDDR4x RAM and 128GB of internal storage (expandable up to 256GB with microSD card). It includes a 4000mAh battery to power everything, with support for 20W VOOC 3.0 fast charging, which, according to the company offers 2 hours of talk time on a 5-minute charge.

Among other things, the F15 has an in-display fingerprint sensor for authentication, a 3.5mm audio jack, dual 4G VoLTE, WiFi 802.11 ac, Bluetooth 5, USB Type-C, and features like Game Boost 2.0, Gaming Voice Changer, and In-Game Noise Cancelling Effects. On the software front, it runs on ColorOS 6.1 based on Android 9.0 (Pie) out of the box. Oppo says the new fingerprint scanner unlocks in just 0.32s, making it 20% faster than previous smartphones, with improved security through hardware-based anti-forging technology.

In the camera department, the Oppo F15 sports a quad-camera setup on the rear with an LED flash. The setup includes a 48MP primary sensor with f/1.79 aperture, an 8MP 119° ultra-wide-angle lens with f/2.25 aperture, a 2MP depth sensor with f/2.4 aperture, and a 2MP macro with f/2.4 aperture. On the front, it has a 16MP front-facing camera with an f/2.0 aperture for selfies. The camera comes with enhancement features like AI Video Beautification and Gender and Age Detection, in addition to Night Portrait Mode and a Bokeh Mode.

The Oppo F15 comes in only one configuration: 8GB + 128GB and is priced at Rs 19,990. It will go on pre-order starting today and will be available for purchase starting January 24 on Amazon India and Flipkart.

Was this article helpful?
YesNo
TechPP is supported by our audience. We may earn affiliate commissions from buying links on this site.
Read Next
Oppo Enco X2 Review: More Than a Match for the Competition
#oppo #Oppo F15