Who is the Echo Flex really for?

The Amazon Echo Input was a device that added Alexa functionality to any existing speaker. This meant that you wouldn’t have to invest in an expensive speaker but instead, convert your existing one to a smart speaker to control the devices at home or to play your favorite music. The newer version of the Echo Input, which is the Echo Input Portable Edition is now a portable Bluetooth speaker. This gives rise to a completely new device, which is the Echo Flex. The Echo Flex inherits the ability to connect to an existing speaker from the Echo Input but also adds some nifty features which make it a better gadget overall. But who is the Echo Flex really for? Let’s find out. 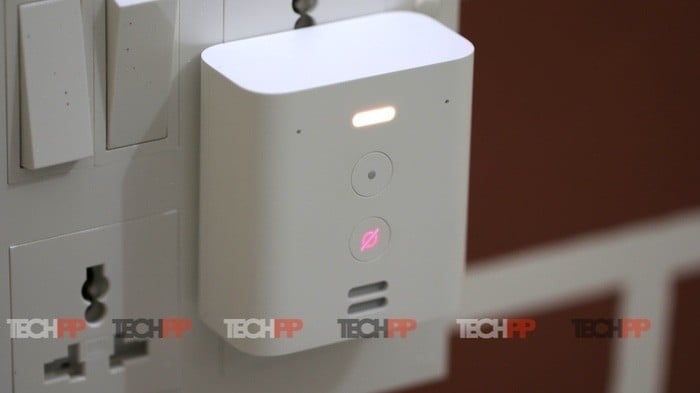 The Echo Flex is a big brick of plastic that’s meant to go straight into your power outlet. It feels solid and is built really well despite being plastic. It looks subtle with the white paint job and blends in well if the walls at home are painted white. The overall footprint is quite large which makes it slightly hard to plug in if you have multiple sockets next to each other with something already plugged in adjacent to it. You can also plug it into a power strip but again, due to its large size, it takes up a lot of space and ends up blocking parts of the adjacent sockets.

To compensate for this, the Echo Flex gets a USB-A port at the bottom that can output 7.5W of power. While not being the fastest, you can charge your phone via this port. There’s another output port on the right of the Echo Flex which is a 3.5mm AUX port to connect the device to an external wire speaker. This is helpful if your existing speakers do not have Bluetooth Functionality. On the front are two buttons for muting the mic and for triggering Alexa without using the hot word. There are two microphones along with an LED indicator that glows when talking to Alexa. 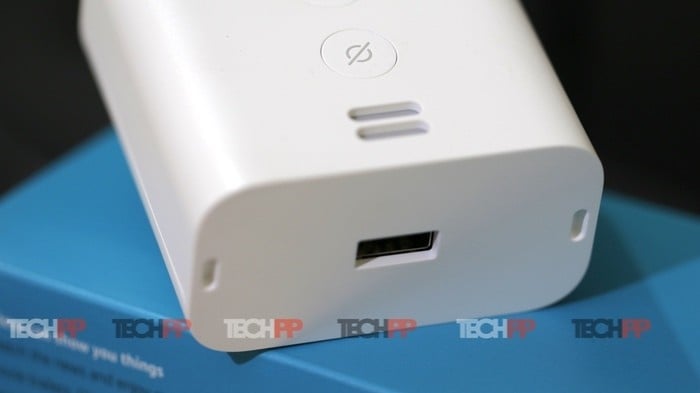 The Echo Flex, being an Echo device obviously comes with Alexa baked into it. There’s a tiny speaker that’s embedded into the plug, which is decent for hearing responses from Alexa, but if you are planning on using this to listen to music then you will need to connect an external speaker as the one onboard is very feeble. The two microphones did a surprisingly good job of detecting voice commands even from across the room. The Echo Flex can do everything that your normal Echo speakers can from controlling your smart lights and thermostats to setting reminders and answering queries.

Who is it for? 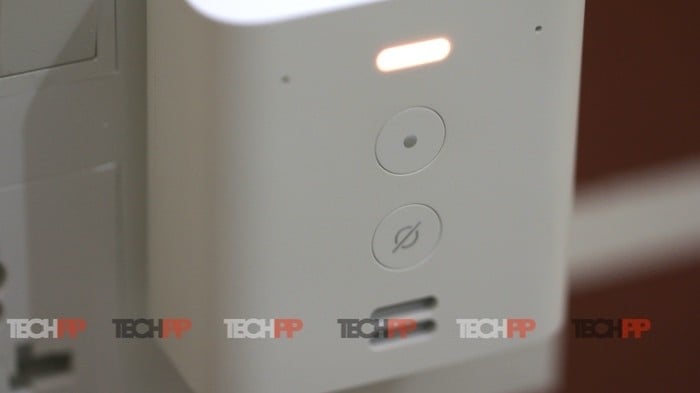 The Echo Flex tries to make Alexa more accessible to the masses. It’s cheaper than an Echo Dot and if connected to a good quality speaker, will even sound better than it. It also does not take up any space or you don’t need a dedicated place to keep it. Just plug it into a wall outlet in whichever room you want and you are good to go. If you are looking to get into the smart home ecosystem and primarily want something to control your smart home devices and aren’t too big on music, the Echo Flex is the perfect gadget to get for Rs. 2,999 although it’s sold for much less ($24.99) in the US. Also, for just Rs. 99 more, you can get a Wipro smart bulb bundled as on offer, so make sure you don’t miss that.