With the Mobile World Congress called off for 2020, taking into consideration the purview of the coronavirus outbreak, Sony today came out with an announcement for its latest smartphone, the Xperia 1 II (pronounced Xperia One Mark Two). The device builds upon the Xperia 1, launched last year, with a bunch of improvements. So let’s check out the device in detail to learn more. 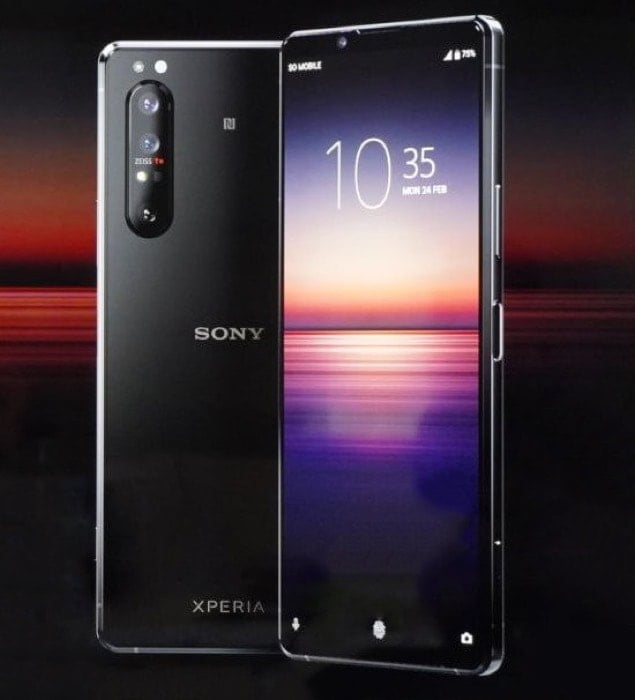 The Sony Xperia 1 II follows a similar design language as the Xperia 1, with a no-notch design that relies on a top-bezel on the top to house the front-facing camera and other essentials, and IP68 water resistance. It comes in three color options: White, Black, and Purple. Towards the front, the device features a 6.5-inch HDR OLED display with 4K resolution and 643ppi pixel density. The display offers a 21:9 aspect ratio and comes with Corning’s Gorilla Glass 6 protection on top. What’s more, it uses with what Sony calls Motion Blur Reduction, which it suggests to be an equivalent of the 90Hz refresh rate found on most smartphones these days.

In terms of performance, the Xperia 1 II is powered by the latest Snapdragon 865 processor with Adreno 650 GPU and X55 modem — for better and improved connectivity — coupled with 8GB of RAM and 256GB of internal storage, expandable up to 1TB with microSD card. It has a 4000mAh battery to fuel up the internals, with support for 21W fast charging and 15W wireless charging. Among other things, the device comes with a 3.5mm audio jack, side-mounted fingerprint scanner, dual stereo speakers, and 360 reality audio. As for connectivity, there is sub-6GHz 5G support (and not mmWave), along with Wi-Fi 802.11a/b/g/n/ac/ax, and Bluetooth 5.1.

On the software front, the handset runs on Android 10 out of the box, with a bunch of in-house performance and enhancement tweaks.

For optics, the Xperia 1 II sports a triple camera setup on the rear, with an LED flash. The setup includes a 12MP ultra-wide sensor with f/2.2 aperture and dual PDAF, accompanied by a 12MP wide sensor with f/1.7 aperture, dual PDAF, and OIS, a 12MP telephoto sensor with f/2.4 aperture, along with a 3D ToF sensor. Towards the front, the device includes an 8MP front-facing camera with an f/2.0 aperture for selfies. Moreover, Sony has introduced a new app, called the Photo Pro app, which joins the existing Cinema Pro app and offers better manual control for better photography experience.

Was this article helpful?
YesNo
TechPP is supported by our audience. We may earn affiliate commissions from buying links on this site.
Read Next
Sony WH-1000XM5 Review: Bettering the Best
#Sony #Sony Xperia 1 II