After getting delayed by a couple of days and having most of its key specifications revealed before the official announcement, Samsung has today finally launched its latest offering, the Galaxy M21, in India. The M21 is the newest member in the M-series, which includes mid-tier smartphones and the recently-launched Galaxy M31 (first impressions). Let’s dive in and check out the device in detail. 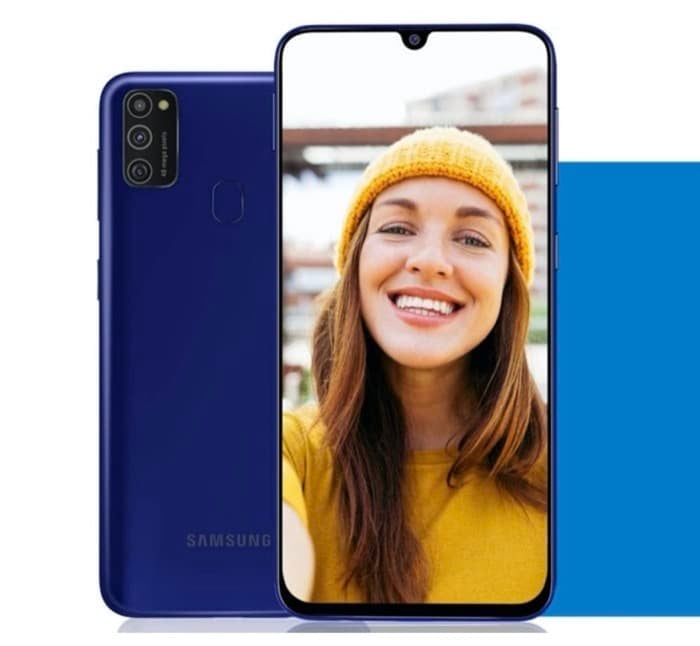 In terms of design, the Galaxy M21 comes with a gradient finish back, with a triple camera cutout aligned vertically and a fingerprint scanner. It comes in two color options: Midnight Blue and Raven Black. Towards the front, the phone features a 6.4-inch Infinity-U Super AMOLED display with a waterdrop-style notch to house the front-facing camera. The display offers a 2340 x 1080 pixels screen resolution with a 19.5:9 aspect ratio and has Corning’s Gorilla Glass 3 protection on top to protect against scratches.

The Samsung Galaxy M21 comes with an octa-core Exynos 9611 processor with Mali-G72 MP3 GPU running under the hood. It offers 4GB / 6GB of RAM and 64GB / 128GB of onboard storage (expandable up to 512GB with microSD card). To power the internals, the handset comes with a massive 6000mAh battery that supports 15W charging. Among other things, there is a rear-mounted fingerprint scanner for authentication, a 3.5mm audio jack, and USB Type-C.

In the camera department, the Galaxy M21 sports a triple camera setup on the rear, with an LED flash. The setup includes a 48MP primary sensor, accompanied by an 8MP ultra-wide-angle sensor with 123-degree FoV and f/2.2 aperture, and a 5MP depth sensor. On the front, the handset comes with a 20MP camera with an f/2.2 aperture for selfies and face unlock.

The Samsung Galaxy M21 comes in two configurations: 4GB + 64GB and 6GB + 128GB. However, as of now, Samsung has only revealed the pricing for the entry variant (4GB + 64GB), which costs Rs 12,999 and will be available starting March 23 on Amazon India. We should know the pricing and availability details for the other variant soon.

Was this article helpful?
YesNo
TechPP is supported by our audience. We may earn affiliate commissions from buying links on this site.
Read Next
Samsung Galaxy Fold 4 Tips and Tricks: Get the Most Out of Your Phone
#samsung #Samsung Galaxy M21