iPad Pro ad: A computer that isn’t a computer?

When it comes to the iPad, Apple acts like one of those pushy parents who can never be satisfied no matter how much their kid achieves, or even overachieves. You and I might look at the iPad and see a tablet but Apple sees the iPad in a different light altogether and the latest ad (and many in the past) prove just that. The title, “How to correctly use a computer” might sound like an ad for a computer, but this one actually highlights all the great things the new iPad Pro can do but with slightly ‘different thinking.’

Everything you should NOT do with a basic computer

The one minute forty second long ad is your basic tutorial on how to use a computer correctly — only with a slight difference. The ad uses a very retro voiceover which mentions all the ‘orthodox’ ways we were taught when it comes to computing even as the visuals show the new iPad Pro being used in completely opposite ways.

As the voiceover digs deeper into the “beginner’s guide to proper computing,” contrasting visuals appear on the screen. When the voice asks you to take a seat at your desk while using your computer, the visual shows the iPad Pro being used outdoors. We are then told to sit up straight while the woman using the device on the screen lies down on a bench with her iPad Pro. 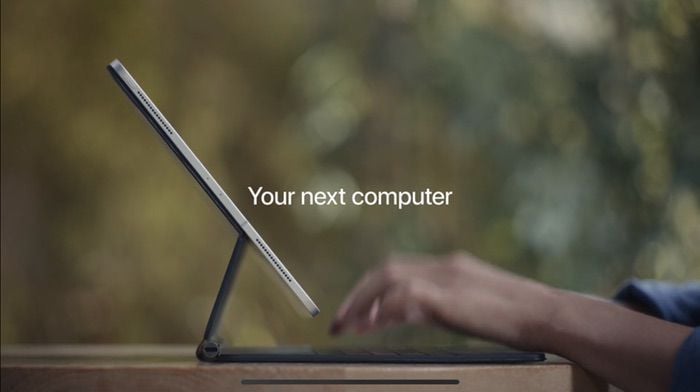 Similarly, when the voiceover asks the user to focus on only one task at a time, the visuals highlight multitasking on the tablet. And when we are advised to keep the work station clean and treat the computer with respect, the visual shows a baby playing with watercolors, and a woman frantically (almost violently) sketching on the iPad Pro with the Apple Pencil and then dumping it carelessly in a bag. Other instructions like how the computer is not a toy and how you should not touch its screen come up accompanied by visuals focusing on the iPad Pro’s AR, high-end gaming and touch screen abilities. When the voiceover tells how one can send an electronic document, the user on-screen gets it done on their iPad even before the voiceover finishes giving instructions. In a key moment, the voice mentions the cursor on a computer, and the ad highlights the trackpad functionality of the iPad Pro, even as its “not-so-arrow-cursor” appears on the screen.

You get the drift. The voice says one thing about computers, the visuals show the new iPad Pro doing pretty much the opposite. One is then told how one should always stay in reach of a Wi-Fi signal – the visuals show the iPad Pro being used for FaceTime at a remote camping site. The voice talks about how the computer does not have a camera – the visuals show a person using the dual camera primary unit present on the iPad Pro. The last and final direction is to keep the computer away from children. Of course, the visuals show a toddler using the device and the Apple Pencil to draw on the screen. The tutorial ends with a montage showing different ways in which the iPad Pro can be used after which, the text appears on the screen saying, “your next computer is not a computer,” followed by “iPad Pro” and the company’s logo.

Remember the Mac Vs. PC ad campaign? The one where a guy used to be Mac and another used to be PC. The two would argue about who is better and the Mac used to hilariously win all those arguments. Well, this ad has the same vibe. This one is more like “iPad Pro 2020 Vs. mainstream methods of computing.” We know it sounds boring on paper but thankfully the execution of it is very clever and entertaining. 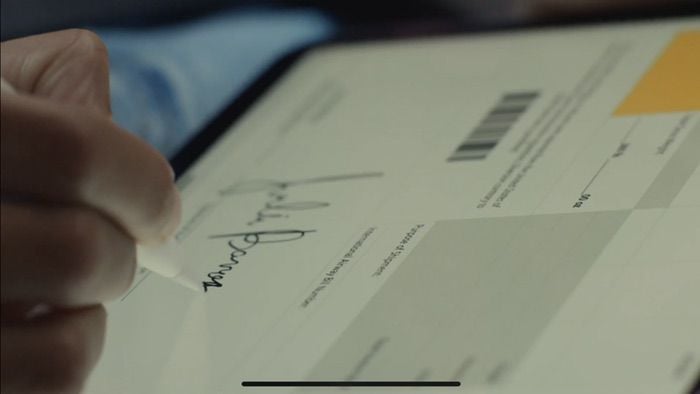 The ad starts with a very retro feel and it strengthens that mood with the voiceover that sounds like it was recorded in the ’70s. But it is not really retro at the core. The voiceover in the ad represents the orthodox, old school ways in which we all were taught computing. How the computer was supposed to be connected to a hole in the wall, how it was only meant for serious work, how one had to know what they were doing while using it, yada yada yada…

The visuals, on the other hand, represent what the iPad Pro can do which is anything but traditional and not only leaves behind the old school ways of computing but also challenges the modern way in which we use a computer. We love the contrast that the ad has built and how the oral narrative is completely different from the visual one. The ad has used the audio component of the ad as a PC and the visuals as a Mac (or in this case, the iPad Pro). This is so clever. 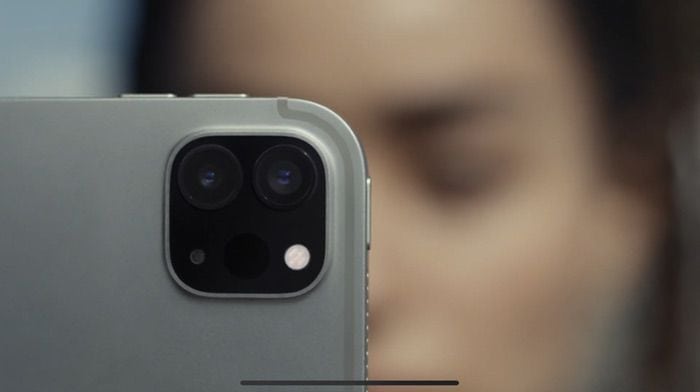 It might sound a little complicated in writing but the minute you start watching, the contrast between the voiceover and the visuals is so clear that the ad makes complete sense from the get-go. It showcases all things your basic computer cannot do but the iPad Pro can with ease. It highlights all the USPs and features of the new iPad Pro along with its extensions like the Apple Pencil and the new keyboard. From the camera to the trackpad, to the ability to draw and scribble, the ad covers it all. And not in some boring spec and feature readout kind of way either. It shows you what the iPad Pro is capable of by constantly reminding you of all things that basic computers lack, which basically doubles the impact of the message because a regular voiceover with these visuals would have only been able to highlight all things the iPad Pro can do. This way you get to know what the device is capable of. And what you will be missing out on if you get a regular computer instead.

“How to correctly use a computer” very cleverly shows everything that a conventional computer is unable to do, and it does so without even featuring a mainstream computer. It features a tablet. A tablet that as per Apple, is better than your regular computer. The ad is clever, uses a very fresh approach to highlight the USP of the product and gets the message across. It is different, much like the product it aims to sell. And the thinking they do at Apple.

It is different. As different as an iPad is from a regular computer.