Alongside the Galaxy A51 and A71 (5G) — two new mid-range offerings with 5G capabilities in the A-series from Samsung — the company also announced the A11 and the A21, fall under the affordable-smartphone segment, in the US. Let’s check out the two devices in detail. 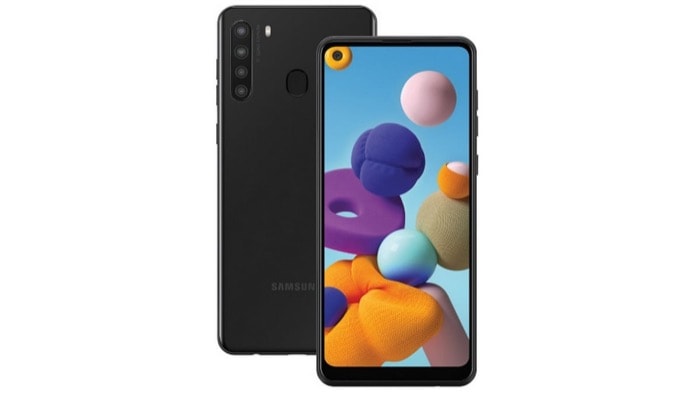 To begin with, both, the Galaxy A11 and the A21 feature an Infinity-O display with HD+ resolution. The A11 has a 6.4-inch panel, whereas, the A21 gets an ever so slightly taller display at 6.5-inch.

In terms of performance, Samsung has not yet specified the processor powering the two devices. So we might have to wait until further updates. However, besides that, we do know that the A11 will come with 2GB of RAM and 32GB of onboard storage, while the A21 gets 3GB of RAM with the same storage capacity. Further, the two also offer support for expandable storage, with up to 512GB using a microSD card. To power the internals, the two share the same 4000mAh capacity battery with fast charging support.

Talking about the camera, the Galaxy A11 sports a triple-camera setup on the rear, which includes a 13MP primary sensor, a 5MP ultra-wide sensor, and a 2MP depth sensor. On the other hand, its elder sibling, the A21, gets an extra macro lens, increasing the tally to four cameras. The setup has a 16MP primary sensor, along with an 8MP ultra-wide sensor, a 2MP depth sensor, and a 2MP macro lens. Similarly, the two also have different sensors for the front-facing camera, with the A11 having an 8MP shooter and the A21 coming in with a higher-resolution 13MP sensor.

Samsung Galaxy A11 and A21: Pricing and Availability

The Samsung Galaxy A11 starts at $179.99, whereas, the A21 comes at a slightly higher price tag and starts at $249.99. As for availability, Samsung has not announced a specific date for the availability of the two devices in the US market. However, it has said that they would hit the market sometime around summer this year.