Samsung announced the Galaxy A51 and A71 in India last month, both of which came with LTE connectivity and were powered by different processors. Building upon the same, the company has now unveiled the two smartphones for the US market, aiming to bring 5G into the mainstream. However, unlike the variants launched in India, the US equivalents come with a different chipset and offer 5G connectivity. Let’s look at these devices in detail. 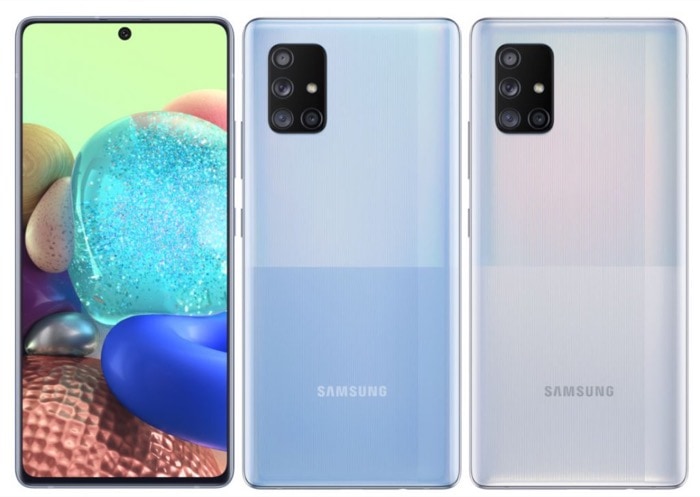 Talking about performance, this is what separates the US variants with their Indian counterparts. As, unlike the Indian variants of the A51 and A71, which are powered by the Exynos 9611 and Snapdragon 730 SoC, respectively, the US variants include the same Exynos 980 processor. The 980 is an octa-core processor clocked at 2.2GHz and built on the 8nm processor, with Mali-G76 MP5GPU. There is 6GB/8GB of RAM and 128GB of internal storage on both devices, with the ability to expand the storage up to 1TB with a microSD card. To power the internals, both, the A71 and A51 include a 4500mAh battery, with the A51 offering 15W adaptive fast charging and the A71 coming in with 25W super-fast charging support.

As for other specifications, the two devices come with support for 5G, dual 4G VoLTE, Wi-Fi 802.11 ac, and Bluetooth 5 in terms of connectivity. Besides, the two include a USB Type-C (3.1) port for charging and data transfer and feature an in-display fingerprint scanner for authentication.

Moving to the front, both phones come with a 32MP selfie camera with f/2.2 aperture, housed within the cutout on the top.

Samsung Galaxy A51 and A71 (5G): Pricing and Availability

The Samsung Galaxy A51 starts at $499, while the A71 carries a price tag of $599. As for availability, both phones will go on sale in the US in summer this year.

Besides the A51 and A71 (5G), Samsung has also announced the A11 and A21 — under the affordable-smartphone segment and the A01 — as an entry-level device, under its A-series lineup in the US.