It’s no secret that we’re all currently living in a scary situation due to the COVID-19 pandemic. While doctors and healthcare workers are doing their best to cure and prevent the spreading of the virus, it can get really hard to determine if someone is actually carrying the virus and is unaware of it. That’s where contact tracing plays a very important role. Contact tracing, as the name may suggest is simply tracking down every person who may have come in contact with an infected individual in order to prevent further spread of the virus. 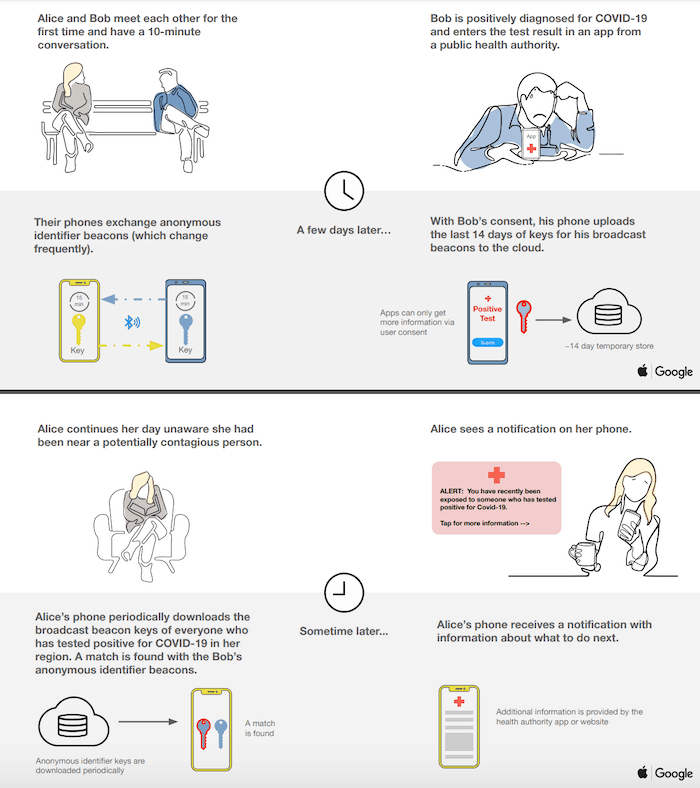 Since it’s not really feasible to manually keep track of every person an individual may have come in contact with, what better way to do it than using technology. To make this happen, two of the biggest names in technology who also happen to be two of the biggest rivals have joined hands to work on a platform to make contact tracing more feasible and effective. That’s right, we’re talking about Apple and Google working together towards making the planet a safer place in these tough times.

Apple and Google, in the coming months, will be working on launching an API that would assist with contact tracing at the operating system level while emphasizing on user privacy. As per the timeline, The API would be rolled out in May with support for both Android and iOS platforms in tandem with apps from health authorities/the government. The plan eventually is to roll out a Bluetooth based contact tracing system in phase two which would make it more accurate and would also help more users participate.

Both, Apple and Google have emphasized privacy and are said to collect user data only with explicit consent from the user. The attached graphic above depicts the mode of operation perfectly. The end goal of this partnership is to develop a system that would notify individuals if they have come in contact with a potentially contagious person, which would help you receive treatment faster, and would also prevent further spreading of the virus.

The world of technology surely sees a lot of rivalry in between big names, but it’s always nice to see them join hands for a noble cause like this. The world needs it right now.

Was this article helpful?
YesNo
TechPP is supported by our audience. We may earn affiliate commissions from buying links on this site.
Read Next
How to Split Screen on Chromebook [3 Easy Ways]
#apple #CoronaVirus #google