Alongside the Realme Watch — its first smartwatch — the company has also announced its first smart television. Called the Realme Smart TV, the television comes with a bezel-less design with an LED panel, 24W quad-stereo speakers, Dolby Audio, and runs on AndroidTV. Let’s dive in to learn more. 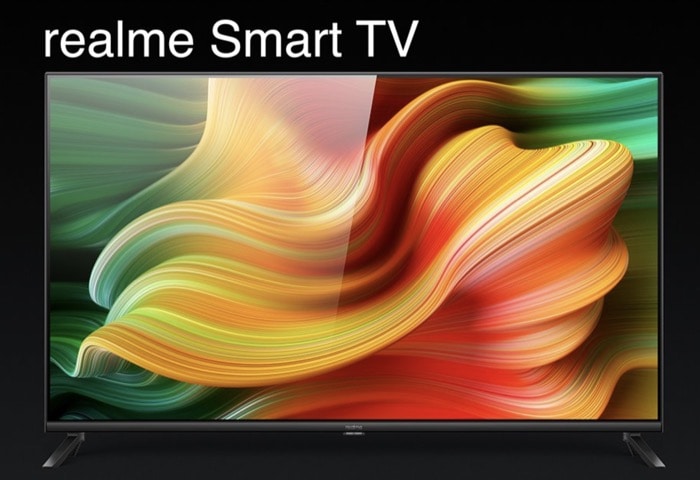 To start with, the Realme Smart TV features a thin bezel-less design, which comes at a thickness of 8.7mm. The panel cover on the TV also extends to the edges, which further adds to the experience to offer immersive viewing. Realme Smart TV comes in two screen sizes: 32-inch and 43-inch, with the 32-inch model offering a resolution of 1366 x 768 pixels and the 43-inch variant coming in at 1920 x 1080 pixels.

Realme suggests the TV to offer a 178° viewing angle and up to 400nits of peak brightness. Moreover, it also brings the Chroma Boost Picture Engine, found on Realme smartphones, to the Smart TV, which essentially improves the overall picture quality by tweaking different aspects of an image like the contrast, brightness, color, etc.

Moving to the internals, the Realme Smart TV runs on Cortex A53, which is an octa-core processor with 1.1GHz clock speed and the Mali-470 MP3 GPU. The processor is assisted with 1GB of RAM and 8GB of storage. According to Realme, the 1GB RAM on its TV is clocked at 2133MHz, as opposed to 1600MHz, found on other smart TVs, which aids with faster performance. For audio, the smart TV packs in two sets of speakers towards the bottom, with each set comprising of a speaker and a tweeter, adding up to 24W of total power. To add to the experience, it also includes support for Dolby Audio. 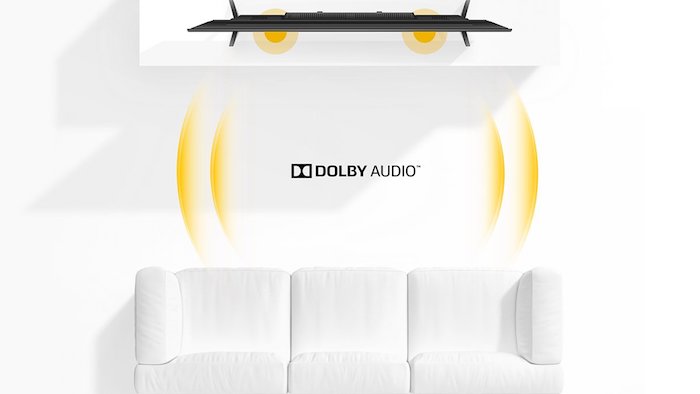 Talking about connectivity options, the Realme Smart TV includes 2.4GHz WiFi, Bluetooth 5.0, and Infrared. On the other hand, it comes with 3x HDMI, 2x USB, 1x Ethernet, and SPDIF & DVB-T2 ports for wired connectivity. On the software front, the TV runs on AndroidTV (9.0) out of the box, which brings along support for Google Assistant. Moreover, you also get built-in Chromecast support, which can be used to share media between your phone and the TV. Furthermore, to simplify the experience, the television also gets a smart remote, with quick-access buttons for YouTube, Netflix, and Prime Video.